Scientists are preparing to used a subaquatic robot to paddle through the uncharted underbellies of melting Greenlandic glaciers in a 2023 mission that could help guide future projections of sea level rise.

Scientists from the University of Texas at Austin, in partnership with the Woods Hole Oceanographic Institution, have developed a remotely-operated “Nereid Under Ice” vehicle — capable of surviving icebergs and riptides to get within a few feet of the glaciers, a news release from the university said.

The robot will be able to return with data and samples from the natural sand walls surrounding the glaciers, which scientists have long assumed stabilize the ice sheet, according to the university.

A closer look at these walls could help researchers understand what’s in store for sea-level rise in the years to come.

Today we’ll take a look at the United States’s efforts to shore up Europe’s gas reserves amid the Russia-Ukraine crisis as well as the Department of Housing and Urban Development’s decision to open access to more than $2 billion disaster in resilience funds. 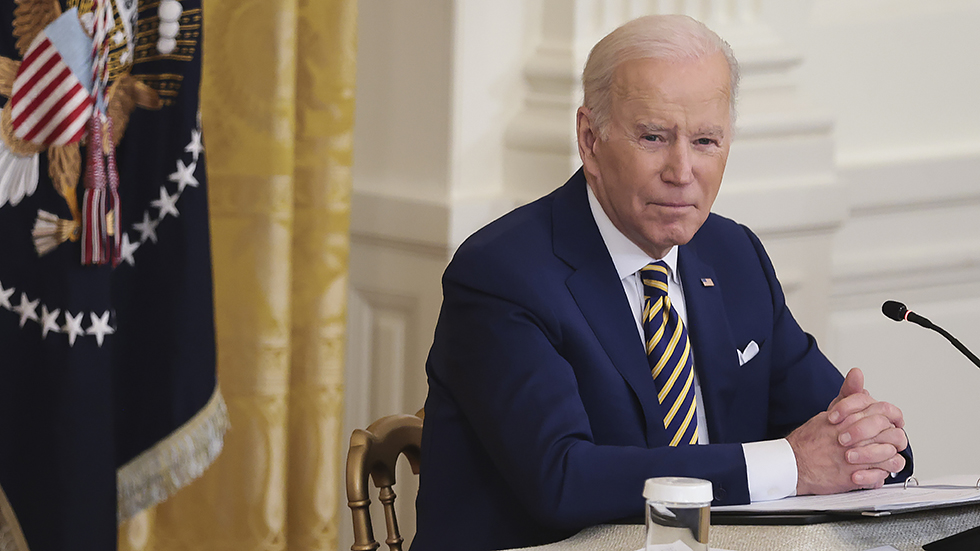 President Biden on Monday said he would designate Qatar as a major non-NATO ally, amid a race to identify non-Russian gas sources that could bolster the European Union’s supplies.

With tensions high between Moscow and Kyiv, and rising fears that Russia, which supplies more than a third of the E.U.’s gas, could shut off its tap, major natural gas exporters from around the world competing to fill the gap.

First Words: “I am notifying Congress that I will designate Qatar as a major non-nato Ally to reflect the importance of our relationship,” President Biden said during a meeting with Qatar’s emir, Sheikh Tamim Bin Hamad Al-Thani, The Hill’s Alex Gangitano reported.

Behind the lines: Biden is seeking to ease the way for natural gas supplies to make their way to Europe in the event that Russia shuts off gas supplies over the Ukraine crisis this winter, according to the Times. Qatar, as we previously reported, is one of the largest producers of liquefied natural gas (LNG) in the world.

Is a Russian shutdown likely? No: Russia is as dependent on selling gas as the Western European countries — predominantly Germany — are on buying it, according to financial analysts cited in The Wall Street Journal.

But what if it did? Then Europe could be in serious trouble, with little hope of replacing supplies and facing an urgent, painful necessity of cutting demand, according to a study from the Brussels-based think tank Bruegel.

The Bruegel study considered three scenarios: 1.) That Russia continues its current gas shipments; 2.) that it cuts shipments at the beginning of February; and 3.) that it cuts supplies in February in conjunction with a spate of extreme cold, as Euronews reported.

In the final case — though only in that one — Europe would run out of natural gas by April, Euronews reported.

Regardless of what deal Biden and Al-Thani reach, most of Europe’s gas infrastructure is built on the assumption that gas mostly moves from east to west.

While additional gas could enter through the Iberian Peninsula, it would encounter “pipeline bottlenecks” before it could reach Ukraine or Eastern Europe, according to Euronews.

Also there’s minimal gas to be had: Most gas is sold on long-term contracts — which Europe declined before the pandemic, counting on the persistence of then-low prices, the Journal reported.

But with rising demand around the world, supplies on the ad-hoc “spot” market are too low to budge Europe’s potential shortfall, according to the Journal.

“You’re not going to change the fact that the world is short” of gas, Charif Souki, chairman of LNG company Tellurian Inc., told the Journal.

And to complicate matters further: The European Commission has placed a hold on the recently completed — but still inactive — Nord Stream 2 gas pipeline, which would double gas shipments from Russia to Germany, Reuters reported.

The commission is investigating whether Russia’s state-owned energy powerhouse Gazprom is “acting in line with market principles” and at the possibility of ”weaponization of gas flows,” Vice President Valdis Dombrovskis said.

But there’s also a deeper question. Beyond the question of Russian- versus Qatari-supplied gas is a more fundamental question that divides the Continent, as we reported earlier this month: should they be investing in gas at all, or trying to rapidly move off it entirely?

Such an influx of new gas sources could lock Europe into decades of additional fossil fuel combustion — and heighten the continent’s divide over the role of natural gas in a clean energy economy.

“Is natural gas an option or not? We can’t get an answer on whether gas is a part of decarbonization,” Helima Croft of RBC Capital Markets told the Journal.

The U.S. is putting its thumb on the scale: The administration and oil and gas trade groups alike are pushing for greater    “energy security” in Eastern Europe a phrase that for three administrations has referred to liquified natural gas, The New Republic reported.

Any such gas expansion would come too late to head off a March fuel crisis — but that crisis “could be a pretext to greenlight a new generation of fossil fuel infrastructure that’s plainly out of step with the goals of the Paris Agreement,” according to the New Republic.

Last words: “To foster genuine energy security,” Europe should use its considerable wealth to “invest heavily in demand-side measures like energy efficiency and weatherization, all the while bringing massive amounts of renewables online,” the New Republic concluded. 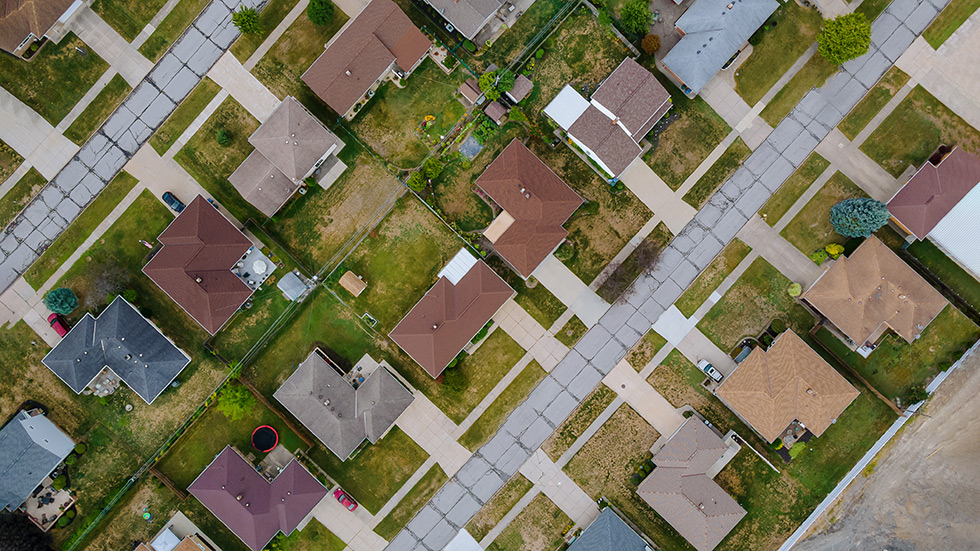 The Department of Housing and Urban Development (HUD) is opening access to more than $2 billion in federal funds, with a goal of bolstering community resilience to disasters and the impacts of climate change, the agency announced on Monday.

First words: “As our nation continues to grapple with disasters ranging from hurricanes to wildfires, HUD is aware of the urgent need for equitable recovery and resilience,” HUD Secretary Marcia Fudge said in a statement.

“Equitable distribution”: HUD announced a set of guidelines for the use and “equitable distribution” of disaster recovery and mitigation funds, in a consolidated notice on “Allocations for Community Development Block Grant Disaster Recovery,” published in the Federal Register on Monday.

Alongside the notice, HUD said that the agency will “accelerate community recovery and ensure that inclusive resilience and mitigation remain central to disaster recovery,” stressing that “low-income residents and people of color often bear more of the impact when climate-related disasters strike.”

What’s in the guidelines? The notice provides specific requirements to which grant recipients — states, cities and counties — must adhere, including the submission of an action plan that addresses “disaster-related impacts to infrastructure, housing, economic revitalization and mitigation in the [most impacted and distressed] areas.”

At least 80 percent of all allocations distributed to each grantee must involve distressed areas as defined by HUD, with the remaining 20 percent can go toward needs identified by the grantee, the notice stated.

The notice applies to more than $2 billion of a $5 billion total appropriated by HUD as “Community Development Block Grants” this fall, according to the department.

Who’s getting the funding? HUD allocated the first $2 billion of these grants — directed to 10 states and covering 15 separate major disasters that occurred in 2020 — in November, following the signing of the September’s Extending Government Funding and Delivering Emergency Assistance Act.

Among the disasters covered are hurricanes in Alabama, Louisiana, Florida and Mississippi; wildfires in Oregon and California; earthquakes and a tropical storm Puerto Rico; and severe storms in Tennessee, Iowa and Michigan, a news release from November said.

Working toward environmental justice: “HUD’s consolidated notice ensures that climate justice and racial equity remain central in our work to deliver swift recovery and keep resiliency at the forefront,” Fudge said in a statement.

Financial losses due to one type of disaster — floods driven by climate change — will rise by 26 percent in the U.S. by 2050, taking the greatest toll on disadvantaged communities, a new study has found.

The study, published on Monday in Nature Climate Change, forecasted that average annual flood losses would surge by 26.4 percent from $32.1 billion today — about 16 times what HUD is unlocking in its disaster recovery grants — to $40.6 billion in less than 30 years. Predicted population changes are also expected to play a significant role in flood risk — leading to four-fold increases in comparison to the effects of climate change alone, according to the authors.

A ”double whammy” of risk: “Climate change combined with shifting populations present a double whammy of flood risk danger and the financial implications are staggering,” lead author Oliver Wing, of the University of Bristol, said in a statement.

The scientists said they analyzed nationwide property asset data and detailed flood projections to develop a high-resolution assessment of U.S. flood risk. They based their estimates of financial loss — damage to homes, businesses and their contents — on 2021-dollar values, meaning that the actual numbers would be likely be much higher following inflation.

Black populations face greatest future risk: While the researchers found that poorer communities with a proportionally larger white makeup currently face the most danger, they observed that future flood risks will have a greater impact on Black populations along the Atlantic and Gulf coasts.

“The mapping clearly indicates Black communities will be disproportionately affected in a warming world, in addition to the poorer white communities which predominantly bear the historical risk,” Wing said.

Last words: “The research is a call to action for adaptation and mitigation work to be stepped up to reduce the devastating financial impact flooding wreaks on people’s lives,” he added. 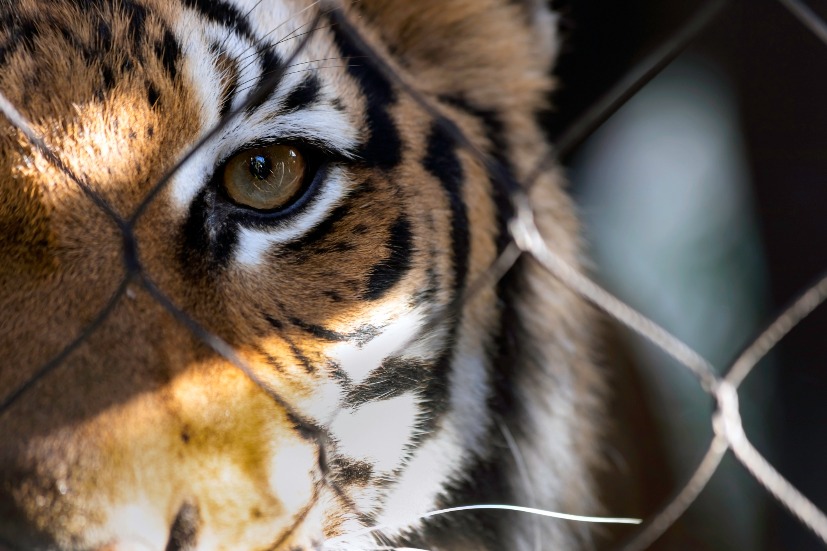 Equilibrium/Sustainability — Buffalo digs itself out of 80 inches of snow

US, allies struggle to support protesters in make-or-break moment for Iran