Equilibrium/Sustainability — An international protected area for the Moon?

An international group of astronomers are calling upon the United Nations to declare the far side of the Moon’s surface to be an international protected area — not for wildlife conservation, but for a future sanctuary of advanced radio telescopes, according to Space.com.

The 1,130 miles that surround the smaller Daedalus Crater is “a unique place for us in the whole universe,” said Claudio Maccone, an Italian astronomer and mathematician who chairs the new Moon Farside Protection Permanent Committee — part of the International Academy of Astronautics (IAA).

The dark side of the moon is “close to the Earth but protected from the radio garbage that we ourselves are creating in an ever increasing amount,” Maccone said. That garbage is making radio telescopes “blinder and blinder,” he explained, adding that the region “cannot be left in the realtors’ hands.”

Today we’ll look at how the Air Force Research Laboratory is attempting to stave off the looming problem of lunar traffic jams. Then we’ll turn to some disturbing news from wildfire scientists, who are finding that the dark is no longer an ally. 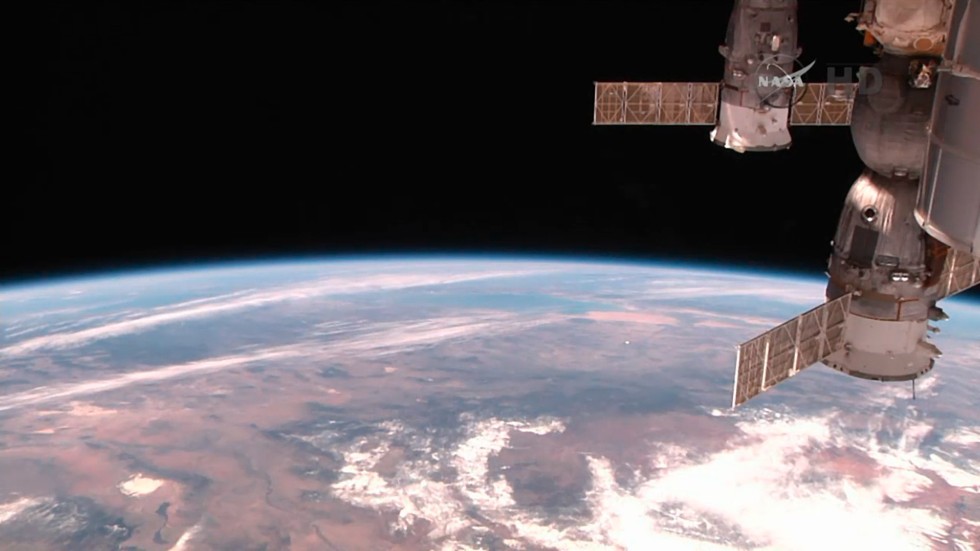 An Air Force research initiative is spending $7.5 million to head off the problem of “lunar traffic jams” — a potentially deadly hazard for the new generation of manned moon missions set to launch throughout the 2020s.

The collaboration between the Air Force Research Laboratory and University of Arizona will start by mapping the dozens of natural and human-made artifacts in “chaotic environment” of the lunar orbit.

One small step: “The concern is that there are probably 50 Plus missions planned in the next eight years going to the moon,” Vishnu Reddy, a project leader from the University of Arizona, told Equilibrium.

Into the unknown: Reddy and his collaborator, Roberto Furfaro, are working to develop a suite of techniques that could ultimately allow groups like the U.S. Space Force to track the coming generation of international traffic — including a new generation of Chinese missions — as they circle the moon.

Risking collision: Putting more stuff into space invariably raises the risk of collision — particularly since every successful launch requires an array of jettisoned debris like the Chinese booster rocket currently on track to crash into the lunar surface in March.

That crash signals a harbinger for the relatively pristine orbital environment of the moon: the arrival of the “traffic jams” that are becoming an increasingly serious problem in Earth’s orbit.

Model-Ts in orbit: “Imagine we had taken every car since the invention of the Model T, and every time the thing runs out of gas — you leave it to the side of the freeway and pick up a new car. That’s what we’ve been doing to space,” Reddy said.

So far, that junk largely orbits the Earth: according to NASA, there are currently 23,000 known objects in orbit —  although SpaceX alone has licenses to launch another 42,000, as The Hill’s Changing America reported.

And the moon? The moon, by contrast, has perhaps a few dozen natural and human-made objects — largely the remnants of U.S., Russian, Chinese and Indian spacecraft, and largely self-reported, Reddy and Furfaro told The Hill.

BUT A LOT MORE ARE COMING

In addition to NASA’s Artemis missions, the Chinese have a full slate of ongoing and upcoming lunar missions. One Chinese spacecraft, a remnant of the 2020 Chang’e-5 moon sample-recovery mission, is currently in orbit around the moon.

More launches mean more debris: Every such launch means more debris in orbit around the moon — and more possibility that a discarded booster rocket, for example, could “recontact” a U.S. space vessel.

For the U.S. Space Force, these messy circumstances also bring the possibility that earthly conflicts will escalate into space and, ultimately, the area around the moon — which is why they want to know what’s up there.

So how do we figure out what’s up there? That’s not easy. The moon is so bright — thanks to the sunlight reflecting off its white surface —  that it had long been thought impossible to track objects orbiting it, according to Reddy.

The “dot” of a spacecraft or debris disappeared into the lunar glare like “a firefly that’s flying around a searchlight,” Reddy said. He described this exclusion zone — which astronomers sometimes call the Cone of Shame — as “kind of like the Bermuda Triangle.”

A Thanksgiving epiphany: Furfaro and Reddy’s solution to this problem came together by chance, he said. On Thanksgiving 2020, Reddy skipped dinner to observe the Chang’e-5 from his backyard telescope.

Reddy realized that the moon almost entirely blocked out objects orbiting it — but not entirely, and he was able to track the spacecraft to within 100 miles of the visible surface of the moon before he lost it.

How did this help? Even though objects crossing the moon’s face or behind its back were invisible, there was a brief, distinctive flicker on either side as the Chang’e-5 passed from front to back or vice versa.

Using data from these brief glimpses that Reddy captured, Furfaro could then use machine learning to calculate where the craft might end up.

Last words: “Not to brag too much about it, but you know if, if something is around the moon, and anyone can find it, it’s probably us,” Reddy said. 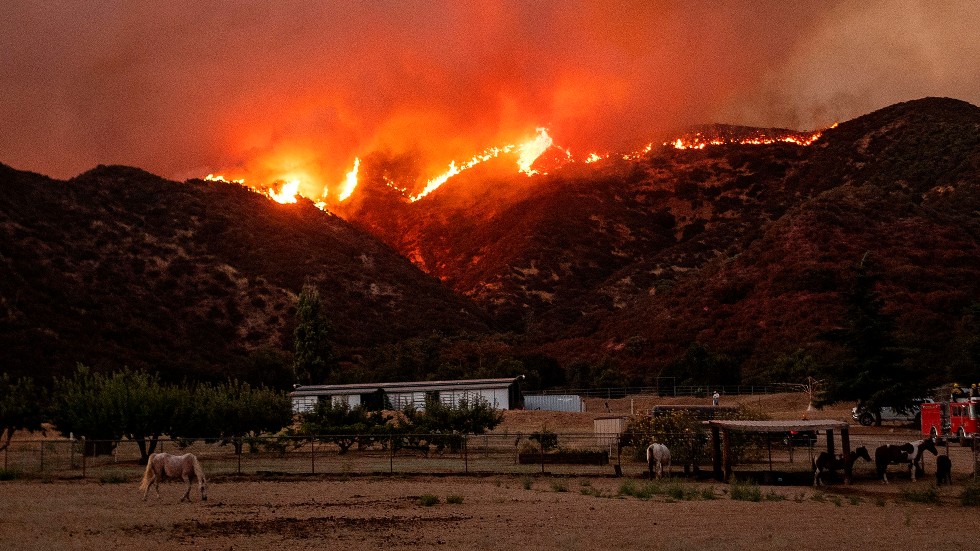 Nocturnal blazes have grown more intense and frequent in recent decades, as hot, arid nighttime weather becomes the norm across the western U.S., a new study has found.

While such “flammable nights” were a rarity just 40 years ago — with cool, moist nights offering firefighters some respite — the changing climate has caused nights to warm faster than days, according to the study, published on Wednesday in Nature. There are now 11 more flammable nights each year in the West than there were in 1979 — equivalent to a 45 percent surge, the authors found.

First words: “Night is the critical time for slowing a speeding fire — and wildfire’s night brakes are failing,” Jennifer Balch, lead author and professor of geography at University of Colorado Boulder, said in a statement.

Balch’s team at the Cooperative Institute for Research in Environmental Sciences’s Earth Lab conducted their assessment using a key measurement of the atmosphere’s thirst called the vapor pressure deficit. That measurement indicates the difference between how much water the air can hold versus how much it is currently holding, as we reported earlier this month.

Ideal for burning: When that deficit is relatively low — meaning the atmosphere can’t hold much more water — the cool and moist air conditions prevent fires from thriving, allowing firefighters to extinguish the flames.

But when the deficit is high, the accompanying hot and dry conditions create a parched environment that is ideal for burning, according to the study.

What’s hot enough? The researchers analyzed satellite observations and hourly climate data for 81,000 global fires to identify the precise point at which the vapor pressure deficit would indicate hot and dry enough conditions to create a flammable night.

Over the past 40 years, they found that the number of burn nights had increased by a full week — a 36 percent surge — in a fifth of ignitable lands around the world. In comparison, the planet’s daytime flammable hours grew by only 27 percent during these same four decades.

NOCTURNAL BLAZES SURGE MOST IN THE WEST

The increase in burnable nights was most dramatic in U.S. West, which saw an additional 11 nights, or a 45 percent rise, according to the study.

What types of land were most likely to burn? The scientists observed that certain ecosystems were particularly vulnerable, including evergreen and broadleaf forests, as well as scrublands and grasslands.

Climate change is fanning the flames: Human-induced climate change has caused even more heating at night than during the day over the past 70 years, the scientists noted, warning that this trend will only continue to accelerate.

The persistence of such climate conditions, according to the study, will “promote more intense, longer-lasting and larger fires.”

Given the recently destructive winter fires in region — in midwestern Kansas and the Marshall Fire in Boulder County, Colo. — the research team stressed the importance of determining which climate-related factors are making wildfires more frequent and intense.

How might we do that? As scientists continue to track night-time fire behavior over the next decade and beyond, the authors also emphasized a need for openly accessible drone-, airborne- and space-based fire observations at fine enough resolutions — allowing researchers to reconstruct how past fires spread.

Last words: “With continued nighttime warming, we expect to see more runaway wildfires that are more intense, faster, and larger,” Balch said. “That means firefighters don’t get the breaks at night they used to get — they have to battle flames 24/7.” 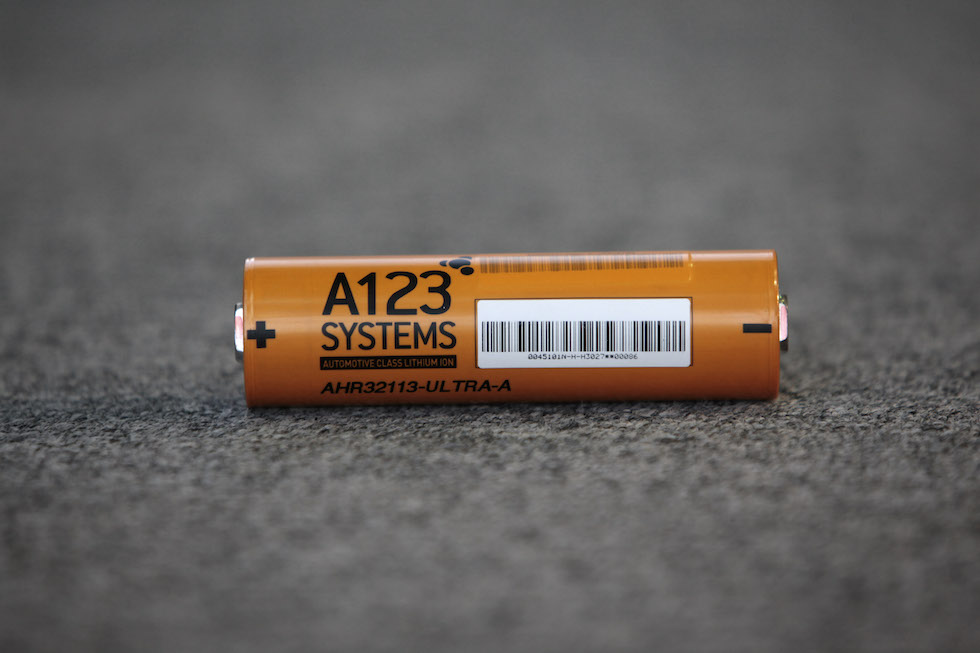 In which we look at how climate policy is taking shape across the country, on a local scale.