Three-quarters of people around the globe want to see a ban on single-use plastics — which can’t be reused or recycled — as soon as possible, a new study from the United Nations has found.

Support for a ban was highest in countries in Latin America, where 88 percent want a ban, and Brazil, Russia, India and China, where an average of 80 percent do, according to the report. Meanwhile, about 55 percent of Americans support a ban on disposables.

These figures were released a week before government officials will gather in Nairobi, where they aim to hammer out a plastics treaty “being touted as the most important environmental pact since the Paris Agreement on climate change,” according to Reuters.

But behind the scenes, major plastics-industry trade groups like the American Chemical Council are trying to “shift the debate” to the benefits of plastic as a means to lobby governments against any restrictions on plastics production, Reuters reported last week.

Today we’ll be looking at the economic and energy impacts of the escalating tensions between Russia and Ukraine. Then we look at a recent green jobs report that finds that opportunity outpaces competition. 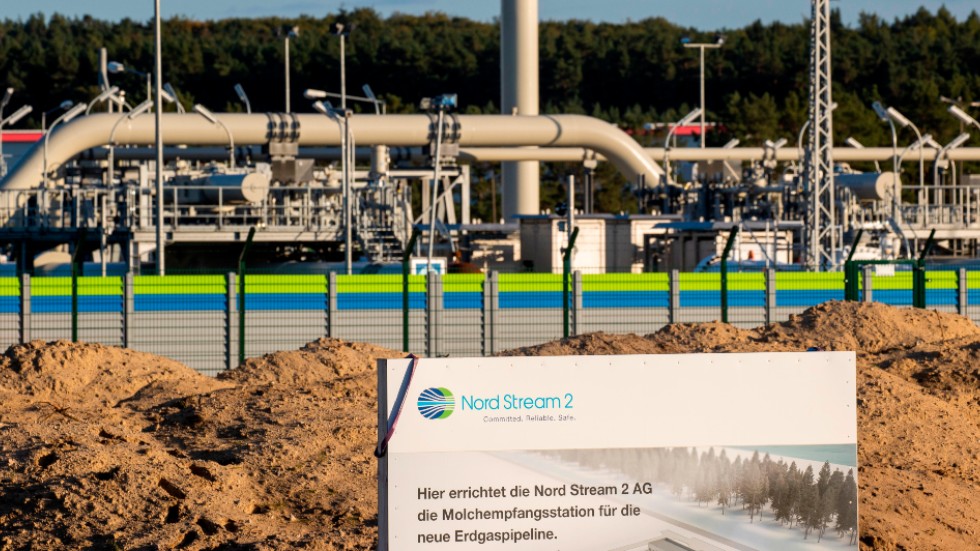 German Chancellor Olaf Scholz announced on Tuesday morning that he would suspend the certification of the Nord Stream 2 gas pipeline, while the U.S., U.K. and E.U. all began rolling out sanctions against various Russian entities later in the day.

First words: “It is the necessary administrative step so there can be no certification of the pipeline and without this certification, Nord Stream 2 cannot begin operating,” Scholz told reporters in Berlin on Tuesday, according to German state-owned broadcaster Deutsche Well (DW).

What is Nord Stream 2 again? Nord Stream 2 is the almost-complete pipeline that would double the amount of gas flowing from Russia to Germany, circumventing Ukraine via the Baltic Sea, DW reported.

Today, Germany gets about 55 percent of its gas from Russia, according to DW. The E.U. as a whole depends on the country for more than 40 percent of its gas and 26 percent of its oil — a scenario that has led the bloc to seek out liquified natural gas (LNG) from Norway, Qatar and Azerbaijan, Euronews reported.

Deep-seated concerns: The U.S. has long expressed concern about Nord Stream 2, due to its potential to increase Moscow’s leverage over Berlin, as well as its power to diminish Ukraine’s importance as an on-land gas conduit, as we previously reported.

Earlier this month, President Biden went so far as to declare that “there will be no longer a Nord Stream 2” if Russia invades, in a press conference alongside Scholz, who only confirmed at the time that consequences for an invasion would be “severe.”

A push from within: Scholz, of Germany’s center-left Social Democratic Party, issued his decision only after Economics Minister Robert Habeck, of the Green Party, sent a letter asking that the pipeline’s positive certificate be revoked, Der Spiegel reported.

While that certificate had stated that Germany’s gas supply security would not be threatened by the operation of Nord Stream 2, Habeck’s letter contended that this was no longer the case, according to Der Spiegel.

How could an escalation impact European energy? That remains uncertain. But neither Qatar nor any other country has the capacity to replace Europe’s supplies, Qatari Energy Minister Saad al-Kaabi said in Doha on Tuesday, as reported by Reuters.

Most Qatari gas, he explained, is locked into long-term contracts in Asia, with divertible volumes only amounting to 10-15 percent.

Doha has been hosting a two-day forum of gas-exporting nations this week, at which Russian Energy Minister Nikolay Shulginov said that “Russian companies are fully committed to existing contracts,” according to Al-Jazeera.

ROLLOUT OF OTHER ECONOMIC SANCTIONS BEGINS

President Biden announced on Tuesday afternoon that the U.S. would sanction Russian sovereign debt, as well as Russian elites and their family members, our colleague Morgan Chalfant reported for The Hill. Biden also said that the U.S. would penalize Russian financial institutions, the Russian state development corporation (VEB) and Russia’s military bank.

“If Russia goes further with this invasion, we stand prepared to go further as with sanctions,” Biden said in remarks from the White House East Room.

Earlier in the day, the U.K. went after three Russian oligarchs in Putin’s inner circle — Gennady Timchenko, Boris Rotenberg and Igor Rotenberg — freezing their assets and banning them from travel to the UK, according to CNBC.

And the rest of Europe? The E.U. announced sanctions on 351 Russia lawmakers who voted to recognize the separatist republics, Euronews reported. These penalties will limit the Russian government’s access to the E.U.’s capital and financial markets, while blocking the refinancing of Russian debt, according to Euronews.

The E.U. is Russia’s largest trading partner, making up 37.3 percent of the country’s total trade in goods in 2020, Euronews reported, citing data from the European Commission.

What was Moscow’s response? Russian presidential press secretary Dmitry Peskov told Tass Russian News Agency that Moscow needs to understand which sanctions the E.U. is imposing before elaborating on a response.

Pravda.ru, a pro-Putin site formed by ex-employees of the Soviet-era paper Pravda, predicted that “the new sanctions will be no more serious than those adopted in 2014.”

Meanwhile, Russian Foreign Ministry spokeswoman Maria Zakharova said in a YouTube broadcast that “it’s a great illusion to think that there would have been no sanctions,” had Russia not recognized the separatist regions, adding that the West “does not need grounds” for such penalties, according to Tass.

Last words: But Josep Borrell, the E.U.’s top diplomat, warned at a Paris press conference that there could be stronger sanctions to come if the situation continues to deteriorate, Euronews reported.

“We didn’t want to show off all our cards from the beginning,” Borell added, describing Tuesday’s package as just a “first step.”

We’ve got you covered morning, noon, and night! Be first to sign up for the debut of The Hill’s Evening Report. 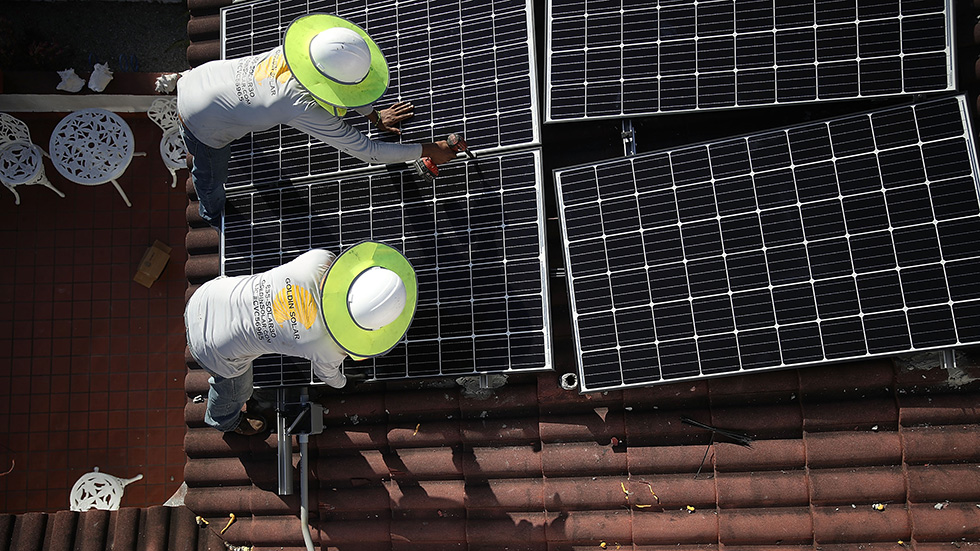 The rise in demand for green jobs is dramatically outpacing that of the oil and gas sector — and the talent needed to supply it, according to a recent report from Microsoft-owned professional networking site LinkedIn.

The number of renewable energy and environmental jobs in the U.S has increased by 237 percent — compared to a 19 percent rise in oil and gas jobs, the report found.

First words: “At this pace, we are predicting that the renewables and environment sector will outnumber oil and gas in total jobs on our platform by 2023,” the report stated.

This change corresponds with a steady, significant uptick in demand for job postings requiring “green skills” like “pollution prevention,” “ecosystem management” and “environmental policy,”  with sustainable fashion being the fastest-growing sector globally, according to the study.

The data also reveal a glaring gap: Green jobs only made up 10 percent of hiring in 2021, compared to 50 percent for non-green jobs.

“We are nowhere close to having sufficient green talent, green skills or green jobs to deliver the green transition,” the LinkedIn report found.

There’s also a green skills shortfall when it comes to existing jobs which is good news for job applicants and bad news for businesses seeking to hire them. Demand for green job skills increased 8 percent between 206 and 2021 — but supply of such expertise only went up by 6 percent, leaving a significant shortfall.

Without faster growth in the number of people bringing green skills to the jobs that require them, “we are not going to have sufficient human capital to meet our climate targets,” the LinkedIn team found.

An imperfect metric: The report is based on hiring and job posting data from LinkedIn, which bills itself as the world’s largest online professional network — meaning it only tracks whatever green jobs and skills users decide to post to the site — just as, say, Bureau of Labor and Statistics (BLS) reports on green employment are dependent on self-reported survey data.

And though it’s a global report, it leaves out the huge growth in green jobs in China — where the company struggled to gain users and ultimately shut down its service last October, according to The New York Times.

WHAT JOB SKILLS ARE IN DEMAND?

The LinkedIn report also noted that demand for job skills like sustainable fashion, oil spill response, ecosystem management and proficiency in solar systems all grew by more than 50 percent between 2016 and 2021.

Some of these positions were traditional green jobs in sectors like renewable energy. Over the past five years, for example, average growth for wind turbine technicians and solar consultants were each about 23 percent.

These numbers appear to have accelerated: over just the period from 2020 – 2021, wind turbine technician demand skyrocketed by nearly 90 percent, and solar consultants by nearly 60 percent.

Showing willing: But most of the LinkedIn postings now calling for green skills were not traditional green jobs. Rather, they were attempts by existing organizations to bring sustainability, supply chain and environmental health concerns to their existing operations — or at least signal to investors that they’re doing so.

Like what? This meant a boom in demand for less specialized jobs with openings across industries — particularly in positions like:

Fueled by regulation: The growth in these more general and administrative categories may be the result of pressure from environmental, social and governance (ESG) investors, who are eager to see companies making definite changes — and by ongoing and expected regulation, particularly in the E.U. and in some U.S. states like California.

Takeaway: The boom in such jobs — which is outstripping demand for more practical skills in ecosystem management, battery storage and renewable energy — begs the question of how much the boom in “green jobs” will translate to actual cuts in fossil fuel emissions or increases in biodiversity. 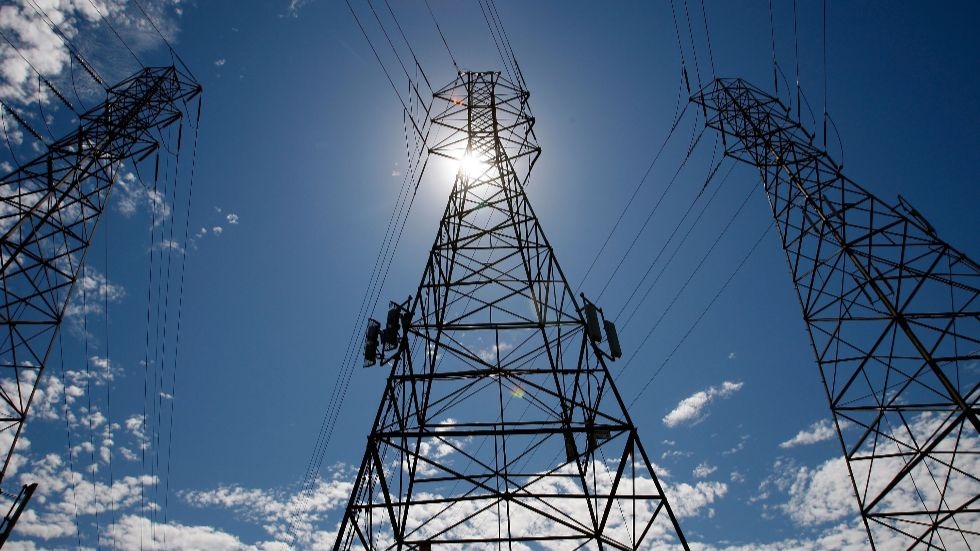 Texas-style blackouts could be avoided with an all-renewable grid: study