President Biden announced on Tuesday that the U.S. will sanction Russian oil, gas and coal imports, as part of the administration’s response to the invasion of Ukraine.

“The United States is targeting the main artery of Russia’s economy,” Biden said, describing the sanctions as “another blow to Putin’s war machine.”

While the White House had been hesitant to implement a ban amid escalating gasoline prices, calls to do so from both sides of the aisle have surged in recent days. In his remarks on Tuesday, Biden acknowledged that the sanctions would, in fact, come with a cost to Americans.

“This is a step that we’re taking to inflict further pain on Putin, but there will be costs as well here in the United States,” he said.

Today we’ll explore the new types of resource sanctions under consideration in Congress. Then we’ll visit an ancient city whose people lived equitably and sustainably for more than a millennium on very hard land. 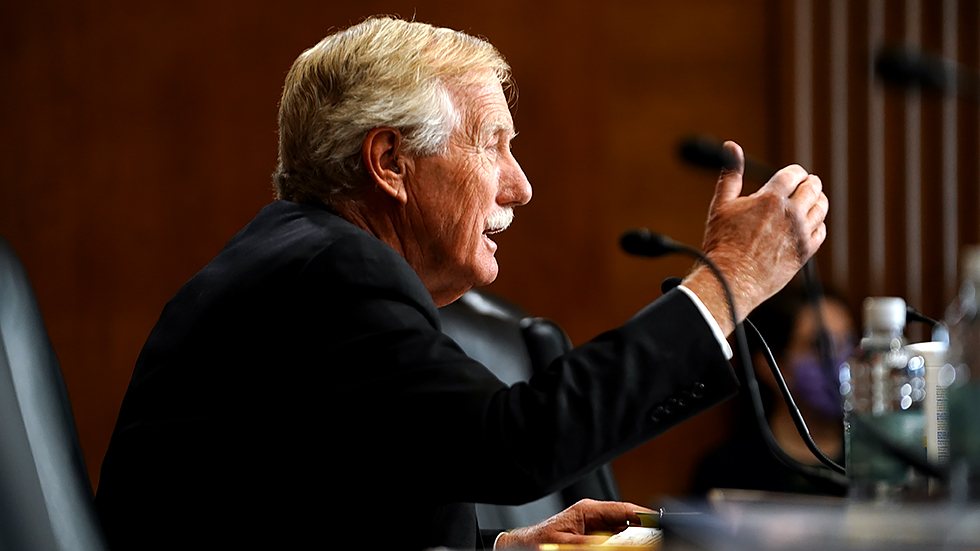 A bipartisan group of senators offered legislation on Tuesday to freeze Russia’s gold reserves, arguing this would make it more difficult for Moscow to avoid the pain from international sanctions imposed over the country’s invasion of Ukraine.

First words: “The free world’s sanctions are devastating Russia’s economy — and as long as Putin continues his unprovoked and horrific invasion of Ukraine, we must keep up the pressure,” Sen. Angus King (I-Maine) said in a statement announcing the legislation.

“Russia’s massive gold supply is one of the few remaining assets that Putin can use to keep his country’s economy from falling even further,” he added.

What would the legislation entail? The bill, called “Stop Russian Government and Oligarchs from Limiting Democracy,” would apply secondary sanctions to American entities that intentionally transacted with or transported gold from Russia’s central bank holdings.

Americans would also be subject to sanctions if they sold gold physically or electronically in Russia, according to the proposal, sponsored by King and fellow Sens. John Cornyn (R-Texas), Bill Hagerty (R-Tenn.) and Maggie Hassan (D-N.H).

The bill would also provide guidance to Americans as to how they could avoid such sanctions, the senators explained.

How much gold does Russia have? Today, Russia holds $130 billion in gold reserves in the country, which currently enables it to exploit a loophole in the existing sanctions targeting its central bank — allowing government officials and oligarchs to launder money through gold, according to the senators.

Due to this loophole, the Russian Federation is now buying gold to offset the devaluation of the ruble, and then selling that gold on international markets in exchange for high-value currency, the senators said.

By implementing secondary sanctions, the group of senators said that they would aim to deter the purchase of Russian gold and thereby foil Russia’s ability “to soften the financial impact of sanctions.”

“By sanctioning these reserves, we can further isolate Russia from the world’s economy and increase the difficulty of Putin’s increasingly-costly military campaign,” King said. “We urge the speedy passage of these bipartisan sanctions to hold Putin accountable for his crimes.”

“This legislation would apply secondary sanctions to parties who help Russia finance their war by buying or selling this blood gold,” Cornyn said in a statement.

Russian gold funding invasion: Hagerty urged Congress to “make it harder for Putin to liquidate Russia’s gold,” stressing that these activities serve “to fund its invasion of Ukraine.”

Facilitating financial ‘freefall’: As Russia’s economy continues to plunge in financial “freefall,” Hassan called upon legislators “to make sure that Putin can’t circumvent our sanctions.”

Last words: “This bipartisan bill closes a critical loophole that would allow Russia to sell off its gold reserves to prop up the Russia economy,” Hassan said.

“The U.S. and our allies must be steadfast in standing up to Russian aggression and ensure that we block any escape hatch Putin has in getting around the full weight of our sanctions,” she added. 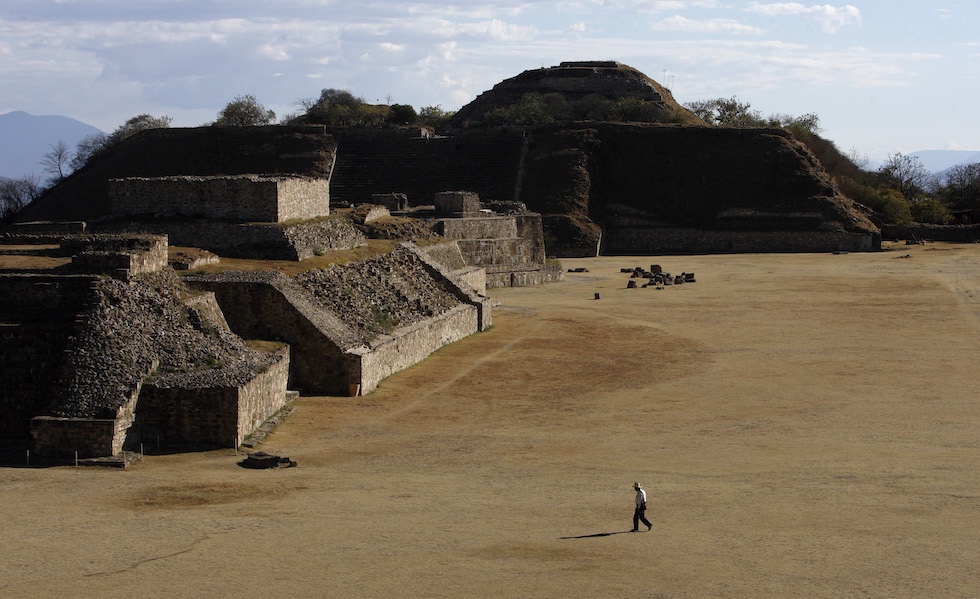 One of Mexico’s greatest ancient cities dominated the southern highlands of Oaxaca for a thousand years despite limited resources and poor soil — a rare glimpse at a long-lasting, relatively egalitarian society whose sustainability practices trumped those of most cities today.

That city’s ability to thrive — for a staggering 1,300 years — was largely thanks to a cooperative, communal social structure that provided immigrants with economic opportunity and a good life, a new study has found.

First words: Monte Alban — an archeological site that today looms over Oaxaca City, in southwestern Mexico — “was somewhat more equitable and less elite-centric than what had gone on before,” archeologist Gary Feinman of Chicago’s Field Museum said in a statement.

“And with its collective and relatively equitable government, it endured for more than a millennium.”

Behind the lines: If the paper in the Frontiers in Political Science journal is correct, Monte Alban was an outlier among other ancient civilizations of Mexico.

The equitable conditions in Monte Alban would have bucked the trend of the rigid aristocracies that held sway in the Maya city-states to the east and the militaristic republic of the ancient Mexica (commonly known as Aztecs) to the north. They also strayed far from the strict social orders that largely held sway at the time in urban centers across Europe, Africa and Asia.

It also is a remarkable example of sustainability: Monte Alban lasted 1,300 years — five times longer than the current age of the U.S. — collapsing only when civil society fragmented in the 8th century A.D.

“Why were people drawn like a magnet there, when they had to be living at close quarters to neighbors, on not-that-great farmland?” Feinman told Equilibrium.

“People were drawn there probably for the things that encourage families and individuals to move today: security and economic opportunity,” he said. “And part of that was a consequence of how it was organized politically and economically.”

EGALITARIAN SECRETS FROM BENEATH THE RUINS

Traces of this civic life persist beneath the city’s ruins, which differ dramatically from other urban sites.

How so? Monte Alban’s public buildings were large central plazas open to all, rather than palaces restricted to the elite. There are none of the carved depictions of rulers that Feinman described as “billboards for the regime,” such as those in the Olmec cities of the Gulf of Mexico, the Maya cities of the Yucatan, and the Mexica sites around Mexico City — not to mention the ruins of Greece and Rome.

Communal cooperation: The houses of common people also showed a need for “inter-household cooperation,” according to Feinman. Some such shared systems included retaining walls and drains that would have required communal maintenance, and “economic interdependence” between different families which specialized in different goods, he said.

High standards: These collective factors helped ordinary residents of Monte Alban to achieve a noticeably higher standard of living than people in the villages that preceded it, Feinman said.

Before the settlement of Monte Alban, he said, regional elites lived in well-insulated, wind-proofed adobe and cooked on high-quality reduced-fire pottery; the poor cooked on porous “brownware” and lived in thatch huts.

And after Monte Alban was built? Everyone lived in adobe houses with stone floors and cooked on the same reduced fire pottery, Feinman said.

“All of these things point to both a governance structure that was not concentrated in one leader or family, and also a somewhat equitable economic profile,” Feinman said.

The government angle: Feinman and Nicholas’s paper is the latest in a long series of articles examining the social and economic foundations of both democracy and autocracy.

A critical factor on how equitable a society will be, Feinman argued, is where government revenues come from.

“If it’s funded by an easily monopolizable set of resources — like oil in the modern world — then you’re going to get more autocratic forms of governance, which tend to care less about the wellbeing of the citizenry. Like Russia, or Saudi Arabia.”

The opposite is true for egalitarian societies, Feinman said.

And he attributed that foundation of democracy to the fact that “the leaders — those people in government — are interdependent with people paying the taxes.” 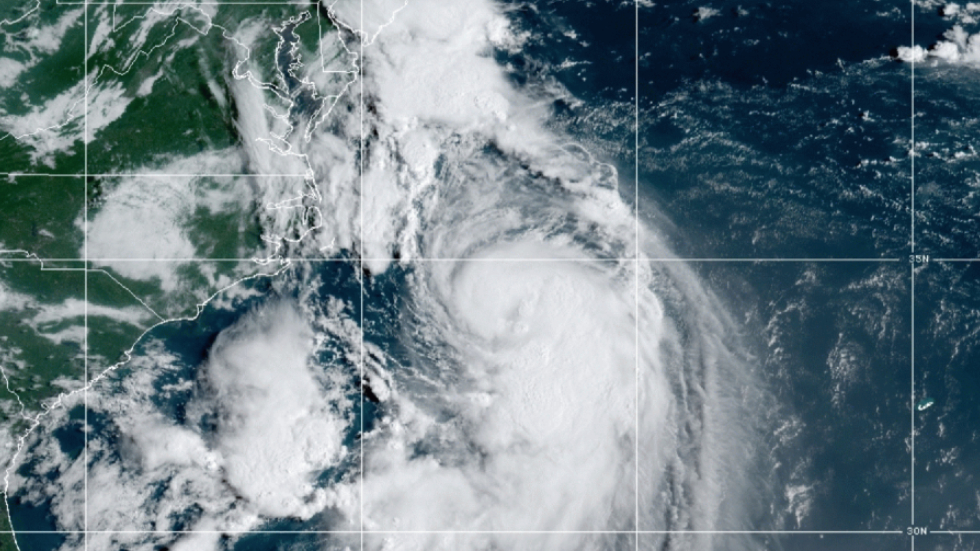 Hurricanes linked to 33 percent surge in death rates after storms