Large swaths of Southern Louisiana, potentially including New Orleans, “could be lost” over the next half century even if the world curbs fossil fuel emissions enough to keep average warming below 1.5 degrees Celsius (2.7 Fahrenheit), according to Nola.com

Predictions from the recent Intergovernmental Panel on Climate Change — released by the United Nations last Monday — read like “plot lines from a dystopian disaster movie,” the New Orleans outlet reported.

Among other chronic and acute crises, Southern Louisiana can expect more big, slow and devastating hurricanes like Katrina, Rita and Ida, as well as storm surges and increased flooding that will wreck infrastructure.

The storm surge will occur alongside rising temperatures and saltwater intrusion that will drive fish away from Louisiana fisheries, Nola.com reported. Other impacts will include an invasion of tropical diseases, as well as deadly heat and humidity that will make other physical and mental diseases worse.

Today we’ll survey attempts by Western democracies to head off the economic impacts of banning Russian oil. Then we’ll look at how urban wildlife markets in the global South could be incubating the next pandemic. 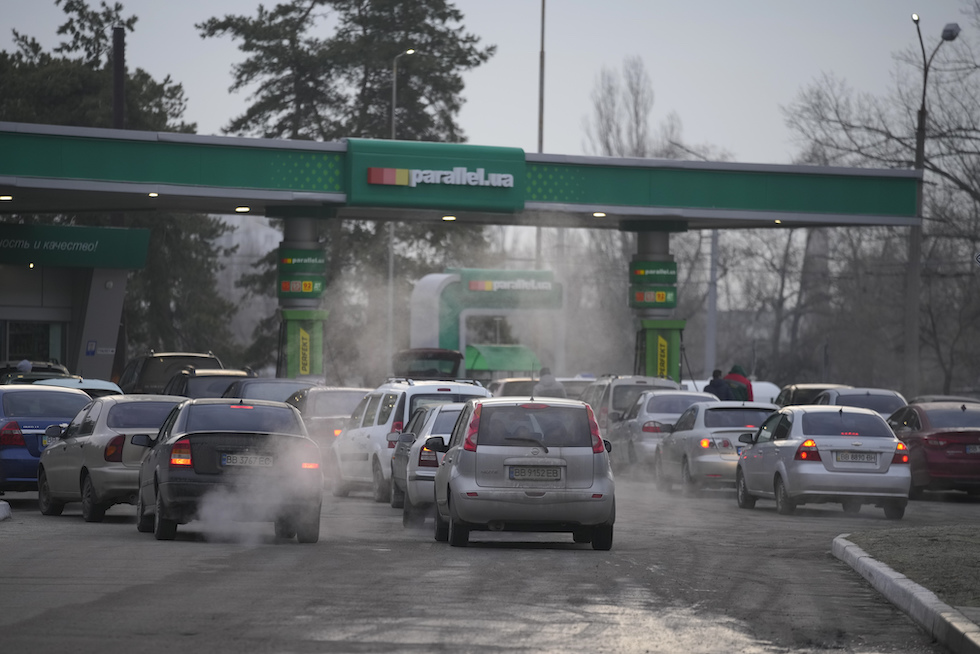 As energy prices surge following the Biden administration’s decision to embargo Russian energy imports, both the U.S. and the EU are scrambling to quell volatile market conditions.

But that task might not be simple, since Russia supplied one out of every 10 barrels of global oil prior to Russian President Vladimir Putin’s invasion of Ukraine, The New York Times reported. With few sufficient alternatives, the current sticker shock may persist until the confrontation concludes, according to the Times.

Could anyone fill the gaps? Only Saudi Arabia, the United Arab Emirates and Kuwait have a supply surplus, with spare capacity of about 2.5 million barrels per day — or about half of what Russia was providing the world, the Times reported.

While the U.S. could increase its output by more than 1 million barrels per day, doing so would necessitate time-intensive increases in manpower and equipment, according to the Times.

Venezuela and Iran could add another 1.5 million barrels per day, but this would require the U.S. to lift its sanctions against those countries, the Times reported.

A rare trip to Venezuela: U.S. officials paid a rare visit to Venezuela this weekend, as the Biden administration weighed the idea of lifting sanctions on the country.

Just days after the meeting, President Nicolás Maduro on Monday announced that his government would restart negotiations with the U.S.-backed opposition to restore democratic rights in his country, then released two American detainees the following day, The Wall Street Journal reported.

The New York Times described these events as “a potential turning point in the Biden administration’s relationship with Russia’s staunchest ally in the Western Hemisphere.”

Unpopular move at home: But the Biden administration’s willingness to consider countries like Venezuela, Saudi Arabia and Iran as candidates to replace Russian oil imports has garnered opposition from U.S. lawmakers in both parties, as our colleagues Rafael Bernal and Brett Samuels reported for The Hill.

“It would be outrageous to even consider buying oil from Iran or Venezuela,” said Rep. Mark Green (Tenn.), the top Republican on the House Foreign Affairs Western Hemisphere subcommittee.

That proposal marks “a dramatic shift for a bloc that remains heavily reliant on relatively cheap and abundant Russian energy,” while still falling short of a full-scale boycott, according to the Post.

GAS PRICES MAY GET A REPRIEVE IN CALIFORNIA

As gas prices escalated across the country on Tuesday, Gov. Gavin Newsom (D) told Californians that he was working on a potential rebate to offset escalating costs in his State of the State address that evening.

“No one’s naive about the moment we’re living with high gas prices and the geopolitical uncertainty that’s fueling them,” Newsom said. “I’ll be submitting a proposal to put money back in the pockets of Californians to address rising gas prices.”

High prices at the pump: Prior to Newsom’s speech on Tuesday, California’s gas prices — the highest in the country — had topped $5.44 per gallon, soaring above the national average of $4.17.

And they surged even higher on Wednesday — up to $5.56 for California and $4.25 for the national average, according to the American Automobile Association.

Proceeding with caution: Despite his commitment to offering some relief at the pump for Californians, the governor stressed that “one thing we cannot do is repeat the mistakes of the past by embracing polluters.”

Last words: “We need to be fighting polluters — not bolstering them — and in the process of doing so, freeing us once and for all from the grasp of petro-dictators,” Newsom said.

To read more from Newsom’s State of the State, please click here.

Pangolins highlight risks of next pandemic 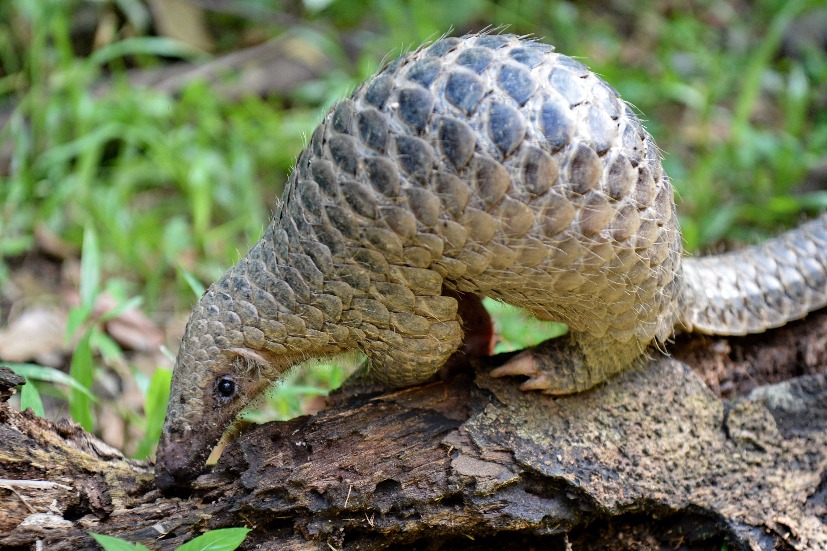 Pangolins impounded by police en route to Vietnam wildlife markets have been found to harbor forms of the coronavirus — highlighting the risk that the scaly anteaters could serve as a viral rest stop on the next pandemic’s pathway between wild animals and humans.

First words: “It’s so amazing we allow these uncontrolled experiments to go on and in the middle of urban centers with millions of inhabitants,” Chris Walzer, veterinarian and executive director of health at the Wildlife Conservation Society, told Equilibrium.

Walzer was speaking about findings published on Wednesday in the Frontiers in Public Health journal.

‘Gain of function’: While most of the pangolins confiscated by agents weren’t positive for coronaviruses, those that were had a viral load heavy enough to serve as the seed for a future epidemic, according to Walzer. And that load was “amplified” in the stressed-out, captive animals en route to market, Walzer explained.

One aspect of that debate concerns the controversial idea that the pandemic originated in “gain of function” experiments at the Wuhan Institute of Virology, at which ordinary coronaviruses were modified to make them more contagious, he said.

Natural experiments: But these real-life experiments are already happening all the time — along the long supply chain that leads from forests to wildlife markets, according to Walzer. For example, he explained, COVID-19 is thought to have jumped to humans at the infamous Huanan Seafood Wholesale Market in Wuhan.

“One way to gain function is to take a lot of wildlife species you know nothing about and let them [defecate] on each other and bleed on each other,” Walzer said. “If you ever applied for a permit to do that, you’d never get it — it’s just too dangerous.”

Following the coronavirus outbreak, China moved to close its wildlife markets like the one in Wuhan — first temporarily, then permanently.

Avoiding the big one: “The next [pandemic] is not going to happen in China,” Susan Lieberman, a vice president for international policy at the Wildlife Conservation Society, told Equilibrium. “If every government did what China did we’d be in better shape.”

Such markets are still open in cities across Africa — where they serve as sources of everyday protein — and in Southeast Asian countries like Indonesia, Cambodia and Vietnam, Lieberman said.

Weighing risks: While there is some risk of contagion from new viruses whenever people go into forests or come into contact with wildlife — and particularly as forests are cleared, displacing viruses along with their animal hosts — urban markets with live animals represent a particularly dangerous risk, Lieberman said.

“Take local people: if they live in a village around the forest, they’re going to come in contact with a few animals that they go into the forest and kill and eat,” she added.

“They’re not bringing out hundreds and hundreds of animals in cages into markets so they can mix bodily fluids and see what happens.”

A key first step: Efforts to prevent the next pandemic, Lieberman said, should therefore focus on urban markets — where large numbers of live animals crowd together with each other and with crowds of people — rather than on village markets, or on the consumption of wild game more generally.

“People need to have other sources of protein than wildlife, or if they eat wild animals that they shouldn’t be in markets while alive,” Lieberman said. “To be blunt, if it’s something that’s cooked, it’s not a danger.”

International momentum: That’s why last April, the World Health Organization joined with the United Nations Environment Program and the World Organization for Animal Health to call for an end to the sale of live wild animals — and particularly mammals — in traditional food markets.

And on Monday, the three organizations called for a global monitoring program of wildlife species to prevent the formation of “animal reservoirs” where coronaviruses could continue circulating and reinfecting humans.

While this is an important step, it misses the most obvious interface between humans and novel viruses, according to Lieberman.

Last words: “It can’t just be [pandemic] preparedness,” she said.

“We know that vaccines need to be produced quickly, right? But it’s a lot cheaper not to have to need the vaccine in the first place.” 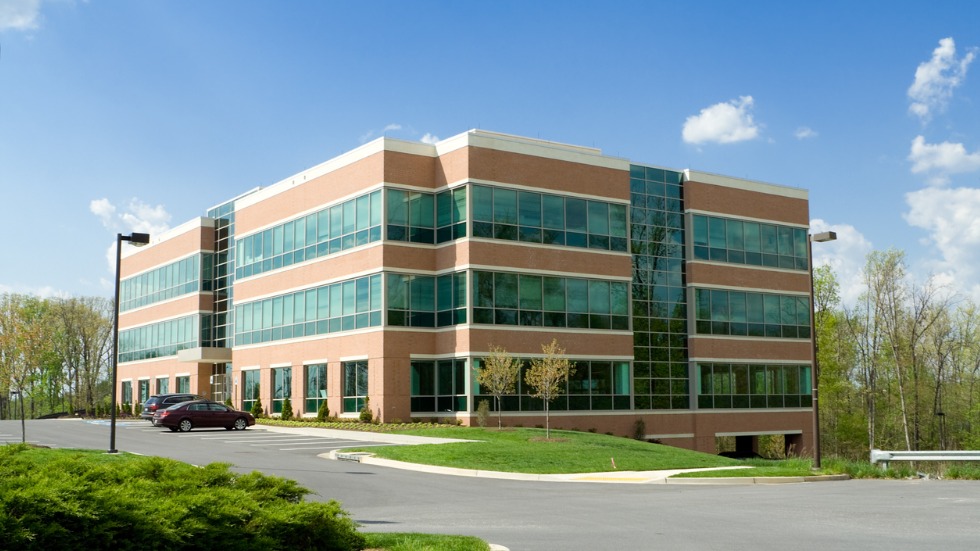 Waterborne bacteria, a dried up Chilean lake and panic over ancient viruses in thawing permafrost.

Offices with infrequent water use may be rife with bacteria: study

Panic over frozen viruses may be premature: Poynter