The Ukrainian Black Sea port of Mariupol, once infamous for “heavy industry and heavily polluted skies,” had been on a path of ecological recovery and green development — until the Russian siege began recently, British newspaper The Independent reported.

During its green pivot — pushed by activists concerned about air and water quality — Mariupol was “one of the most engaged cities we had,” Nigel Jollands, co-leader of the European Bank for Reconstruction and Development’s Green Cities Program, told The Independent.

“Their vision was to have continuous economic development that went hand in hand with constant improvement in environmental quality and quality of life,” he added.

Now, with the city nearing two weeks under Russian blockade and continuous devastating bombardment, those visions are on hold, with basic resources like food and water are running out, Reuters reported.

“It’s very hard now to even think about pollution, because we’re all concentrated on how to keep our country in one piece,” local environmental leader Maksym Borodin told The Independent from exile in Western Ukraine. “It’s a question of priorities.”

Today we’ll return stateside and look at a push by Congressional Democrats to resurrect a key climate package. Then we’ll look at a new study identifying a potential link between exposure to ozone and depressive symptoms in adolescents. 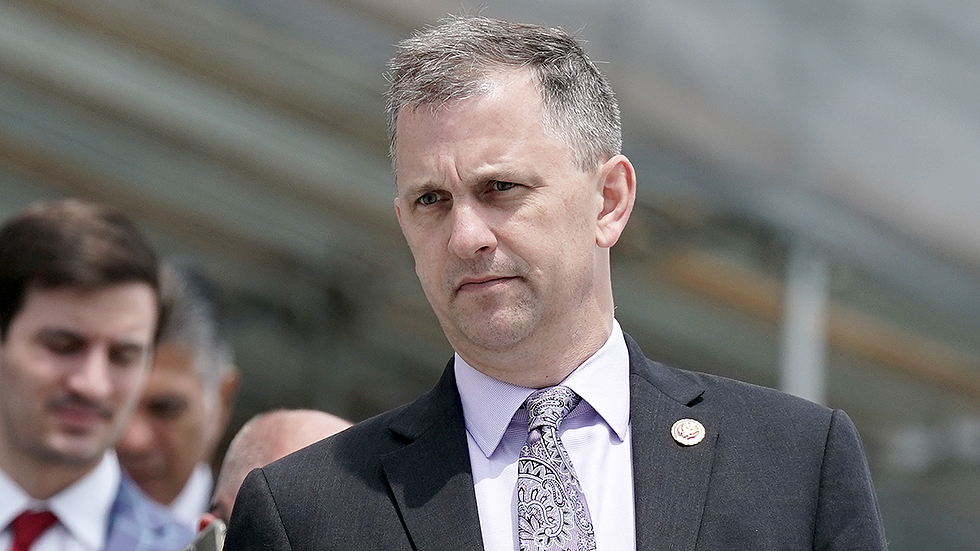 Dozens of House Democrats in a letter released Monday called on President Biden to restart negotiations on the climate portions of the Build Back Better legislation.

The letter, signed by 89 Democrats, including six committee chairs, unites both centrists and progressives and seeks to breathe new life into the stalled provisions at the center of Biden’s clean energy agenda.

First words: “Every day we fail to reach an agreement on the baseline climate investments passed by the House is a day American families and businesses pay the price at the pumps and oil-rich oligarchs profit,” Rep. Sean Casten (D-Ill.) said in a statement.

“Restarting negotiations with climate action is the clearest if not the only path forward to deliver tangible results to the American people,” he added.

Can it pass? Maybe. Democrats are divided over broader elements of the Build Back Better legislation, which passed the House in December but never made it to a Senate vote, after its supporters understood that the bill would not win over the upper chamber. This turn of events led Sen. Lindsey Graham (R-S.C.) to call the bill dead forever, our colleague Mychael Schnell reported in The Hill.

One particularly contentious element is the funding for social programs like a restored Child Tax Credit — a particular sticking point for Sen. Joe Manchin (D-W.Va.).

A brief refresher: Democrats want to use a process called budget reconciliation, which would allow them to pass a spending package with just a simple majority in the Senate, rather than the 60 votes needed to circumvent a filibuster.

But to do so, Democrats will need every vote from within their party to get any such legislation through the evenly split Senate. But Manchin, who played a central role in stalling Build Back Better in December, said that he is open to a climate deal, our colleague Alexander Bolton reported earlier this month.

What are Manchin’s conditions for a climate deal? That the bill has to pay directly for what it spends, and that it not increase the deficit.

“Half of that money should be dedicated to fighting inflation and reducing the deficit,” Manchin said. “The other half you can pick for a 10-year program, whatever you think is the highest priority and right now it seems to be the environment — and that’s a pretty costly one — would take care of it.”

A PUSH TO MAKE CLIMATE THE TOP PRIORITY

Attempting to pass only the climate provisions of Build Back Better could risk torpedoing Democrats’ other social spending initiatives — and alienating parents and progressive groups who are counting on programs like the Child Tax Credit, as Politico reported.

A coming ‘wrath’?: “If a reconciliation package passes without any of the care agenda items, you will see the wrath of women around the country,” Julie Kashen, director of women’s economic justice at the Century Foundation, told Politico.

Support for Democrats is slipping among three-quarters of the people who received of the child tax credit. And more than a third of these recipients say the loss has inflicted “major impacts” on their household, according to a poll from Morning Consult.

House Democrats are focused on other risks: “In just the past four years, record setting wildfires, superstorms and heat waves have already cost our country tens of billions of dollars more in damages,” the letter reads.

These damages risk outpacing the country’s attempts to adapt to them, the letter writers warned. “The longer we wait, the more expensive it will be to transition at the speed required, and we will have incurred billions in damages and harm to our communities, infrastructure, environment, and public health and safety along the way,” the letter adds.

Linking the issues: But for some Democrats, the link between climate investment and child welfare is inextricable.

“When I think about inaction on climate change, it makes me think of all the opportunities my six-year-old son, Carter, won’t have,” said Rep. Nikema Williams (D-Ga.), who represents most of Atlanta in the district represented until July 2020 by the late Rep. John Lewis (D).

Last words: “We’re starting to see the impacts of climate change already, so we have to act fast to tackle the climate crisis while we still can,” Williams added.

Leaps in digitalization refine the way we live, learn and work. At the center of these transformations are high-powered networks that make connectivity and data optimization possible. Join The Hill’s Steve Clemons for conversations with Sen. Deb Fischer (R-Neb.), Rep. Robin Kelly (D-Ill.), Rep. Grace Meng (D-N.Y.) and more on the role of networks in creating a more sustainable, equitable and livable tomorrow. RSVP here. 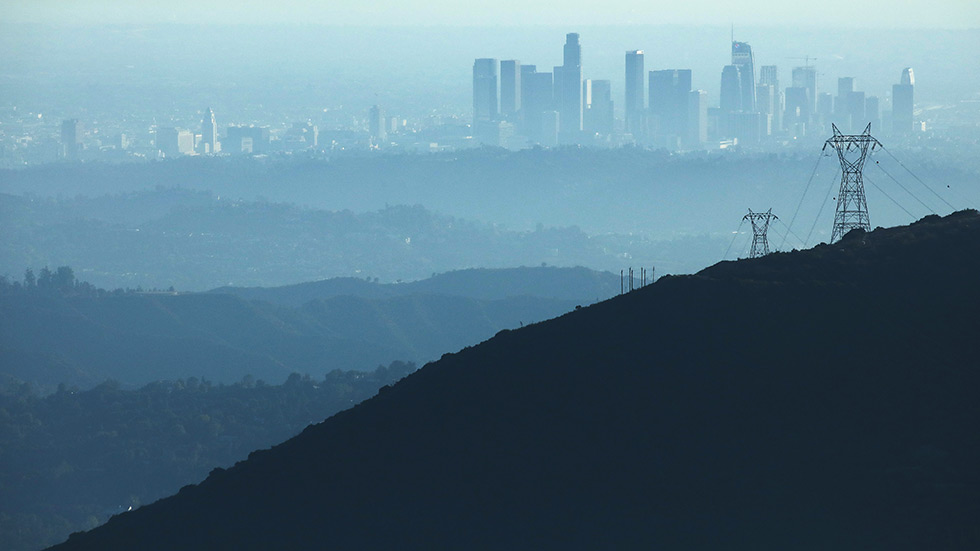 Exposure to ozone from air pollution may be connected to a rise in depression among adolescents, a new study has found.

The study, published in the journal Developmental Psychology on Monday, is the first to link ozone levels to the development of depression in adolescents over time.

These depressive symptoms may manifest as persistent feelings of sadness or hopelessness, difficulties concentrating, disturbances in sleep or thoughts about suicide, the authors wrote, while noting their findings are preliminary and more research is required to establish cause.

First words: “Our findings really speak to the importance of considering air pollution’s impact on mental health in addition to physical health,” lead researcher Erika Manczak, an assistant professor of psychology at the University of Denver, said in a statement.

But the association between depression and exposure to ozone — a gas produced when pollutants from vehicular exhaust and power plants react with sunlight — has been little explored.

How did this study find the new link? Manczak and two Stanford researchers analyzed data from a previous study about early life stress that included 213 adolescent participants in the San Francisco Bay Area.

The participants — who self-reported depressive and other psychopathology symptoms over four years — ranged in age from 9to 13, with 57 percent of them female and 53 percent from minority backgrounds, according to the study.

Using this existing data on mental health, the scientists cross-referenced the results with census information about their home addresses and corresponding air quality data from the California Environmental Protection Agency, according to the study.

What did they find? The authors observed that those adolescents who lived in areas with relatively higher ozone concentrations demonstrated significant increases in depressive symptoms over time, even though the ozone levels in their areas did not surpass state or national air quality standards.

The findings, according to the study, were not influenced by other factors like sex, age, race, household income, parental education or socioeconomic traits of the neighborhoods.

“It was surprising that the average level of ozone was fairly low even in the communities with relatively higher ozone exposure,” Manczak said. “This really underscores the fact that even low levels of ozone exposure have potentially harmful effects.”

One possible reason for the association between heightened ozone exposure and depressive symptoms is the fact that ozone and other air pollutants can contribute to inflammation in the body, according to the authors. Inflammation, they explained, has previously been linked to the onset and development of depression.

In addition, the scientists stated, adolescents may be particularly sensitive when compared to individuals in other age groups because they tend to spend more time outdoors.

For now, a correlation only: While the authors concluded that there is a link between ozone exposure and depressive symptoms in adolescents, they acknowledged that the findings are correlational only, and therefore do not prove that ozone levels cause an increase in such conditions.

Their sample size was also relatively small and from just one area of the U.S., while other components of air pollution could have also played a role, they added.

But the authors emphasized that their research has helped in “identifying a novel potential contributor to mental health in youth.”

Importance of reducing exposure to ozone: The scientists recommended that communities consider ways they might be able to reduce their children’s exposure to ozone, such as holding youth sports events inside when air pollution is high and investing in clean and renewable energy sources.

Last words: “State and federal air quality standards should be stricter, and we should have tighter regulations on industries that contribute to pollution,” Manczak said.

“Our findings and other studies suggest that even low levels of ozone exposure can pose potentially serious risks to both physical and mental health,” she added. 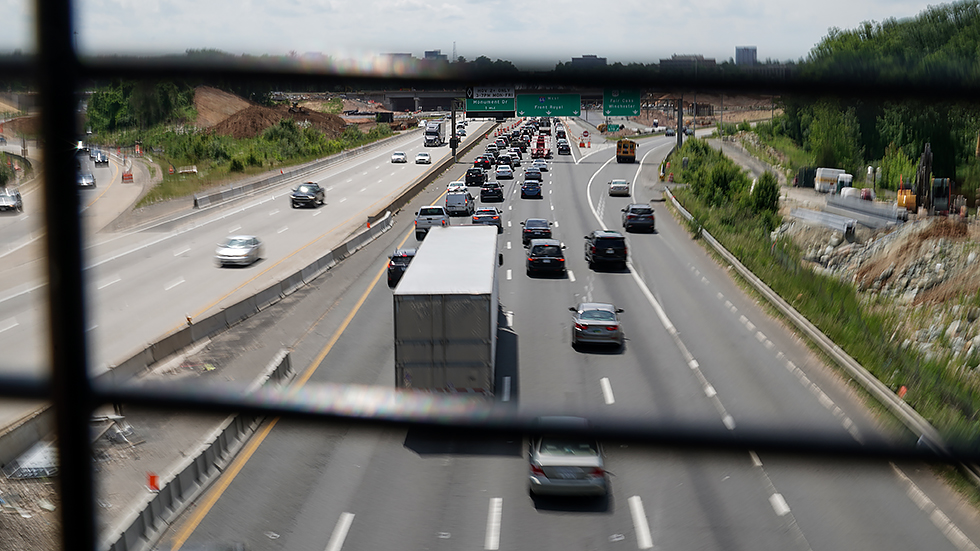 Rhode Island progressives advocate for all renewables switch by 2030