Happy Tuesday and welcome back to On The Money. I’m Sylvan Lane, and here’s your nightly guide to everything affecting your bills, bank account and bottom line.

Markets reacted to President Trump’s latest threat of $200 billion in tariffs against China with stocks dropping.

From CNBC: “Stocks fell on Tuesday after President Donald Trump’s latest threat to China increased fears of an impending trade war between the world’s largest economies.

“The Dow Jones industrial average fell 287.26 points to close at 24,700.21, with Boeing, DowDuPont and Caterpillar as the worst-performing stocks in the index. The 30-stock index also erased all of its gains for the year and posted a six-day losing streak, its longest since March 2017.

International panic: Global markets also convulsed Tuesday after Trump called for further tariffs against China, according to The Wall Street Journal, which called it “the starkest sign yet that the threat of a trade war–once dismissed by many investors as unlikely–is rising again.” 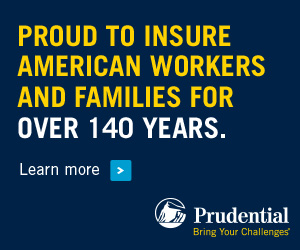 How we got here: President Trump late Monday said he is directing his top trade official to identify $200 billion more worth of Chinese goods that will be subject to tariffs, escalating the ongoing trade dispute between the U.S. and China.

Trump said China’s decision to retaliate in kind against his first batch of $50 billion in tariffs — announced on Friday — required a U.S. response to encourage China to change its unfair practices.

The president asked U.S. Trade Representative Robert Lighthizer to find $200 billion worth of Chinese goods that would be hit with a 10 percent import tax.

“China apparently has no intention of changing its unfair practices related to the acquisition of American intellectual property and technology,” Trump said in a statement.

“After the legal process is complete, these tariffs will go into effect if China refuses to change its practices, and also if it insists on going forward with the new tariffs that it has recently announced,” Trump said.

The Hill’s Vicki Needham tells us more about the new tariffs here.

Trump lashes out Canada over trade: Trump on Tuesday lashed out again at close ally Canada, injecting more uncertainty into the future of the North American Free Trade Agreement (NAFTA).

Trump accused Canadians of crossing the border with the U.S. to buy products and “smuggle” them back into their country because their tariffs are so high.

“They buy shoes and they wear them. They scuff them up to make them sound old, or look old,” Trump told the National Federation of Independent Businesses during a summit in Washington.

“No, we’re treated horribly,” he said.

The president, who called NAFTA “one of the worst deals ever made by this country, a disaster,” said again that he may pursue separate deals with Mexico and Canada instead of sticking with the three-nation deal.

“We’ll see whether or not we can make a reasonable NAFTA deal,” Trump said.

Vicki Needham breaks down the tensions with our neighbor to the north here.

Warren said in a tweet she would put a hold up Kathy Kraninger’s nomination to be director of the Consumer Financial Protection Bureau (CFPB) until questions are answered about her involvement in policies that include separating migrant children from parents seeking asylum for their family in the United States.

“Kathy Kraninger helps oversee the agencies that are ripping kids from their parents,” Warren said Tuesday on Twitter. “Now @realDonaldTrump wants her to run the @CFPB. I will put a hold on her nomination — & fight it at every step — until she turns over all documents about her role in this.”

TEMPERS FLARE OVER INVESTOR VISAS: From The Hill’s Jesus Rodriguez: A visa category that allows foreign investors a fast track to citizenship faces an uncertain future, with lawmakers pushing a Trump administration official at a Tuesday hearing to reform the “beleaguered” program they say is plagued by scandals.

The program, known as EB-5, permits aspiring immigrants to apply for a green card within two years of investing $500,000 or $1 million in enterprises that would spur the creation of at least 10 jobs for authorized workers.

But the visa has a long legacy of fraud and corruption, and in recent years there have been 19 confirmed cases of foreign nationals using the program to threaten U.S. national security.

Sen. Chuck Grassley (R-Iowa), who chairs the Judiciary Committee and has written about 30 letters highlighting EB-5’s vulnerabilities, unloaded on Lee Cissna, the director of United States Citizenship and Immigration Services for not moving quickly enough on regulations he has proposed since the Obama administration.

“I write letters! ‘When are these regulations going to be done?’ and they still — 18 months — they are still not done!” Grassley said at the hearing. “How long does it take the bureaucracy to move something?”

Cissna offered little hope for quick reforms at the bureaucratic level, but he assured the leadership at the Department of Homeland Security is “aware of the urgency of this.”

Instead of reforming and saving the program which many lawmakers would like he floated killing it.

“In the absence of legislative reforms, I believe Congress should indeed consider allowing the program to expire,” Cissna said. 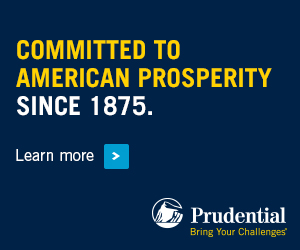