Today’s Big Deal: House Democrats finally got President Biden’s social services and climate bill over to the Senate. We’ll also look at growing backlash to Biden’s nominee to lead the Office of the Comptroller of the Currency (OCC) and Democratic objections to a Jerome Powell renomination.

But first, find out how a hedge fund billionaire bought the Constitution. 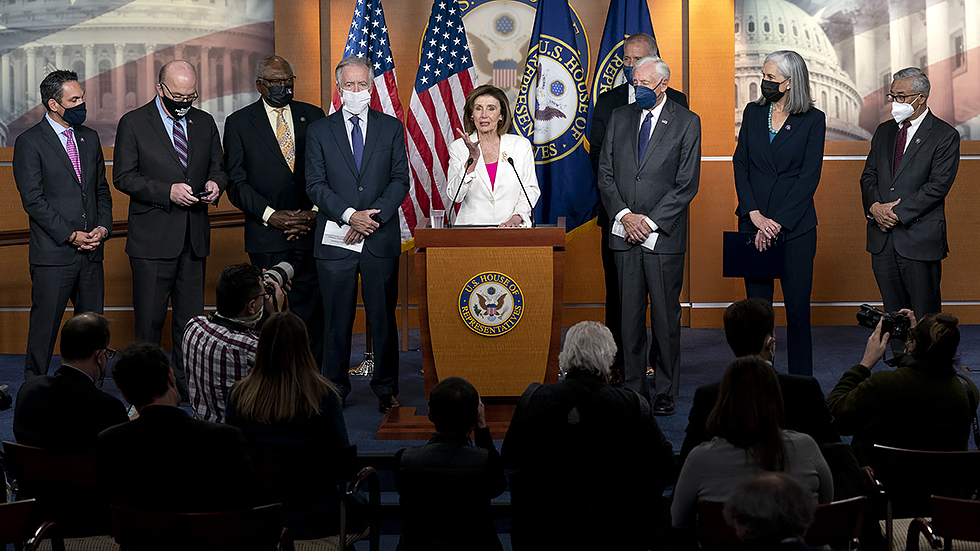 House Democrats on Friday passed their mammoth social spending and climate plan in a 220-213 vote, securing a major victory for the party ahead of the Thanksgiving break and providing a boost to President Biden at a tumultuous moment for his administration.

The vote came a half-day later than scheduled, a delay caused by House Minority Leader Kevin McCarthy (R-Calif.), who had commandeered the floor Thursday night for more than eight hours with a speech protesting legislation he warned would send the country into an economic tailspin.

Democratic leaders scrapped their plan to vote Thursday night, reconvened the chamber Friday morning and passed the roughly $2 trillion bill on a near party-line vote. Rep. Jared Golden, a Democratic centrist from Maine, was the only lawmaker to cross the aisle, joining every Republican in opposing the package.

Naomi Jagoda, Mike Lillis and Aris Folley tell us how we got here.

The upshot: Friday’s vote caps months of messy infighting between liberal and moderate House Democrats who have jousted over the size, scope and strategy surrounding the multitrillion-dollar package, a cornerstone of Biden’s economic agenda.

The public divisions have helped to drag Biden’s approval numbers underwater and have shadowed the party’s efforts to utilize their control of Congress and the White House ahead of the 2022 midterm elections, when they are looking to defend slim majorities in the House and Senate.

Sen. Marco Rubio (R-Fla.) on Friday claimed a Soviet-born Biden nominee whose family was nearly eviscerated by Josef Stalin was a communist unfit to serve in the federal government.

In a Friday tweet, Rubio accused Saule Omarova, who Biden nominated to lead the Office of the Comptroller of the Currency and who has been a U.S. citizen since 2005, of being a communist.

“She supports communist policies & a communist should not be our Comptroller of the Currency.”

The facts: Omarova, a Cornell law professor born in the former Soviet republic of Kazakhstan, served in the Treasury Department under former President George W. Bush. During her Thursday confirmation hearing, she described how she was raised by her grandmother, who was orphaned after her family was sent to Siberia amid Stalin’s purges of the professional class and ethnic minorities.

“I grew up without knowing half of my family. My grandmother herself escaped death twice under the Stalin regime,” Omarova said. “This is what seared in my mind. That’s who I am.”

Sens. Sheldon Whitehouse (D-R.I.) and Jeff Merkley (D-Ore.) are urging President Biden not to nominate Jerome Powell to serve another term as chairman of the Federal Reserve, warning that his refusal to use the Fed to prepare the economy for the impact of climate change is a major problem.

The Democratic senators join Sen. Elizabeth Warren (D-Mass.) in trying to steer Biden away from Powell, who was appointed chairman by former President Trump, and toward picking Lael Brainard, the only Democrat on the central bank’s seven-member board.

“During his tenure, Chair Powell first ignored climate change and then resisted calls for the Fed to use its tools to fight it, arguing that climate change ‘is really an issue that is assigned to lots of other government agencies, not so much the Fed,’” they said.

Alexander Bolton tells us why here. 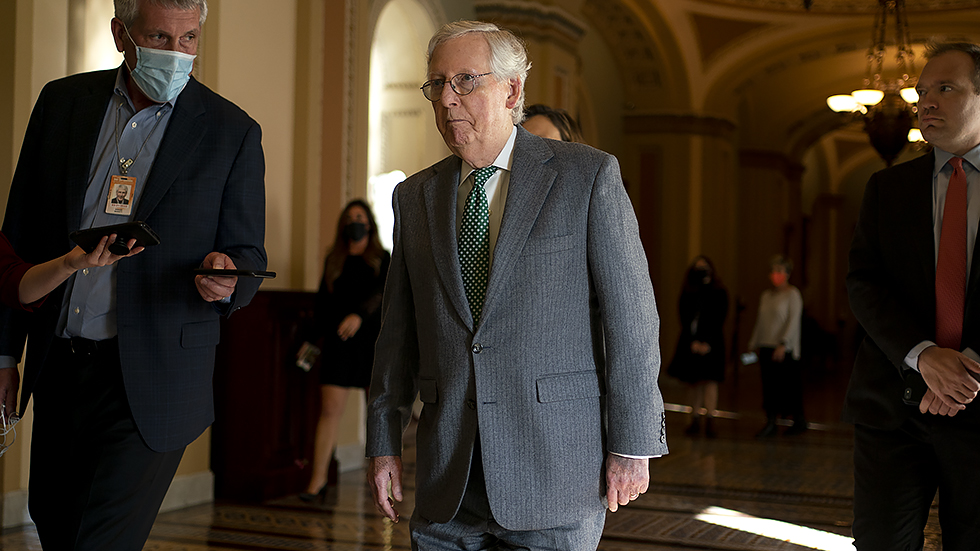 After taking a hard line and refusing to negotiate with Democrats during the last standoff over the debt limit, Senate Minority Leader Mitch McConnell (R-Ky.) is quietly looking for a way to get the issue resolved without another high-profile battle.

On The Money — Will Biden’s rail deal backfire?