Fans of Nick Jr.’s Blue’s Clues got some long-awaited closure this week when the original host Steve reemerged 25 years after the show first aired. His inspirational message to millions of younger Millennials: “Look at all you have done and all you have accomplished in all that time.”

The White House signaled a new, much more aggressive stance toward fighting the coronavirus. President Biden in a speech unveiled a host of new measures and vaccine mandates as part of a sweeping new plan, and showed his patience with the vaccine-resistant is wearing thin. 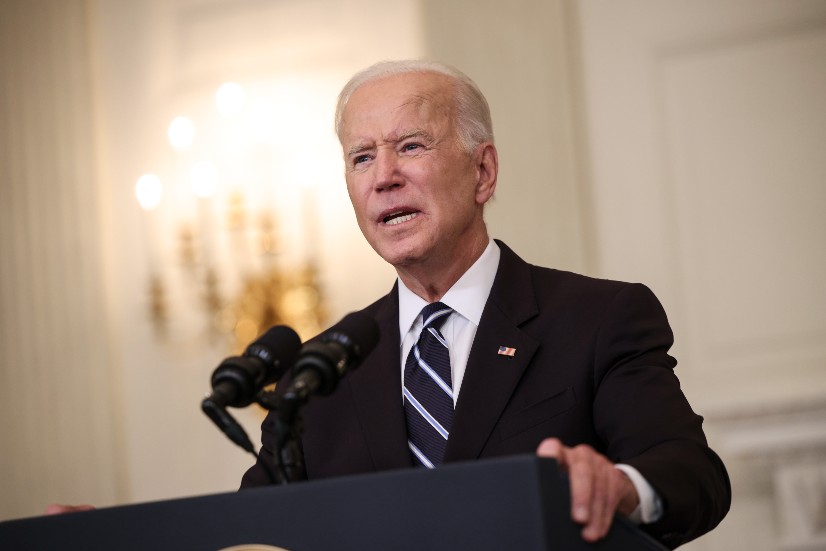 There was a new tone from President Biden on the unvaccinated on Thursday.

He admonished elected officials who are “actively undermining” the COVID-19 vaccine as well as unvaccinated Americans for exacerbating the coronavirus pandemic as he laid out new, more aggressive steps his administration is taking to confront the virus.

What he said: “We have the tools to combat COVID-19, and a distinct minority of Americans, supported by a distinct minority of elected officials, are keeping us from turning the corner. These pandemic politics, as I refer to it, are making people sick, causing unvaccinated people to die,” Biden said in prepared remarks from the State Dining Room of the White House.

“We cannot let these actions stand in the way of protecting the large majority of Americans who have done their part and want to get back to life as normal,” he said.

Biden captured the frustration expressed by vaccinated Americans, saying the U.S. has made substantial progress against the virus but that the remaining 25 percent of eligible Americans — about 80 million people — who have not yet gotten vaccinated for COVID-19 threaten those gains. He went on to address unvaccinated people directly, telling them that his patience is “wearing thin.”

Biden requires COVID-19 vaccines, tests for millions of private workers: Biden’s plan was substantive, and showed the administration is fully leaning into the idea of vaccine mandates, after previously trying to rely on the private sector to get the job done.

The biggest proposal: the Department of Labor is working on a new rule to require all private employers with 100 or more employees to mandate vaccines or have employees submit to weekly testing.

The requirement could impact nearly 80 million workers, and if a business fails to comply with the rule they could face fines up to $14,000 per violation.

The rule will come from OSHA, the Occupational Safety and Health Administration, “in the coming weeks,” and the implementation timeline will likely mirror the roughly 90 day window other private sector employers, like Tyson Foods and United Airlines, have required, according to a senior administration official. The administration will also require those same companies to give employees paid time off to get vaccinated.

Health workers, too: Biden is also dramatically expanding vaccination requirements for health workers. Last month, the administration said it would require all staff at about 15,000 nursing homes to be vaccinated to receive Medicare and Medicaid funding. The new rule would apply to workers in most other health care settings that receive Medicare or Medicaid reimbursement, including major hospitals. The rules would affect 50,000 providers and about 17 million workers.

Federal employees: ​​Under a new executive order to be announced by the president, federal employees will have 75 days to be fully vaccinated, with limited exemptions for religious or medical reasons. There will be no testing option. The rule will also apply to millions of contractors that do business with the federal government.

Many questions: What’s not clear is the timing for any of the policies. The largest federal employees union has already said the administration needs to bargain over the details. Rulemaking is not something that happens quickly, and there are implementation questions about the specifics of tracking vaccinations for such a large population and how long before federal employees must comply with the rule. It is also unclear what percentage of federal employees have not been vaccinated.

New reconciliation details: House Democrats on Thursday unveiled a range of health care measures to be included in their coming $3.5 trillion package, including provisions to lower prescription drug prices and expand Medicaid in the 12 GOP-led states that have refused to do so.

The measure unveiled by the House Energy and Commerce Committee ahead of consideration next week includes House Democrats’ signature legislation to allow the Secretary of Health and Human Services to negotiate lower drug prices, known as H.R. 3.

House/Senate divide: That is a contrast with Senate Democrats, who are working on their own proposal to lower drug prices, which is expected to be less far-reaching than the House bill, given the need to win the votes of some more moderate Senate Democrats. The final bill is expected to be closer to the Senate version, but for now House Democrats are sticking with their measure. There also is no text available yet for the Senate proposal, which Democrats say they are still working on.

Medicaid: The House measure unveiled Thursday would also create a new federal health insurance program to provide Medicaid coverage in the 12 states that have refused to expand Medicaid under the Affordable Care Act, providing insurance to more than 2 million people.

The new federal program would begin in 2025, with a transition period before then of subsidized private coverage in the ACA marketplaces. Creating a new federal health insurance program has drawn some pushback from the health care industry, which worries it could be a step toward a larger-scale public option for health insurance.

Home care: The proposal includes $190 billion to provide care at home for seniors and people with disabilities, a cut from the White House’s initial proposal of $400 billion, as Democrats look to fit a range of priorities into the package. 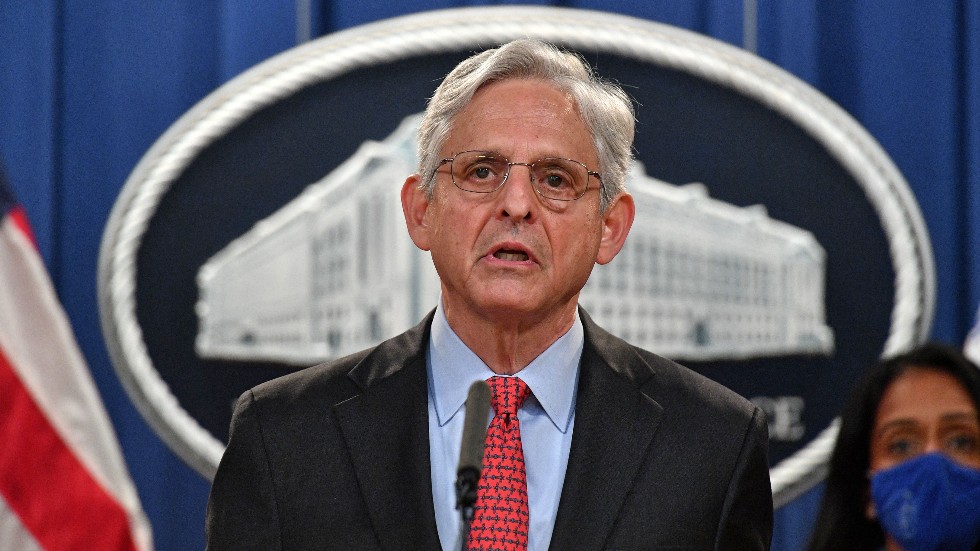 Garland said the law is plainly improper both for its onerous restrictions on abortion access and for the provisions allowing state residents to sue anyone who aids or carries out restricted abortions. The lawsuit was filed Thursday afternoon in federal district court in Texas.

The administration’s lawsuit asks for a court order nullifying the statute and prohibiting the state’s officials and even private citizens from “implementing or enforcing” the law.

What Garland said: “The act is clearly unconstitutional under longstanding Supreme Court precedent,” Garland said at a press conference.

“If it prevails, it may become a model for action in other areas by other states and with respect to other constitutional rights and judicial precedents. nor need one think long or hard to realize the damage that would be done to our society if states were allowed to implement laws that empower any private individual to infringe on another’s constitutionally protected rights in this way,” he added.

Gov. Abbott’s office responds: “The most precious freedom is life itself,” said the governor’s press secretary Renae Eze in an emailed statement.

“Unfortunately, President Biden and his Administration are more interested in changing the national narrative from their disastrous Afghanistan evacuation and reckless open border policies instead of protecting the innocent unborn,” the statement continued.

The Food and Drug Administration (FDA) missed a court-mandated deadline on whether to allow e-cigarette giant Juul Labs and other companies to sell their vaping products on the U.S. market.

The federal agency is still working “expeditiously on the remaining applications” that are “in the final stages of review,” FDA Commissioner Janet Woodcock and Director of the Center for Tobacco Products Mitch Zeller said in a release, but they need more time.

The apparent pushback of the anticipated decision comes a year after e-cigarette manufacturers, including the most popular brand Juul, submitted applications to prove their devices overall served as a benefit for public health.

The FDA had a year to determine whether millions of these products effectively helped people trying to quit smoking, and whether the benefits outweigh the potential harms to youth. On Thursday the agency said it denied applications for almost 950,000 e-cigarette or related products due to concerns they appealed to teenagers.

Mounting pressure: The FDA has faced growing pressure to regulate vaping as e-cigarette use has skyrocketed among youth and teenagers, worrying parents and health experts about their ingestion of the nicotine-based product. More than 80 percent of users are between ages 12-17, and e-cigarette  are the most used tobacco product among youth.

But as the review process continues past the deadline, Juul and other e-cigarette products are allowed to stay on the market in the meantime. FDA officials have previously said they would prioritize reviews based on the market share of the company—meaning companies like Juul would have been expected to be the first to face a decision.

That’s it for today, thanks for reading. Check out The Hill’s healthcare page for the latest news and coverage. We’ll see you Friday.

by Peter Sullivan, Nathaniel Weixel and Joseph Choi 6 days ago
Overnight Healthcare  /  6 days ago
See All

The Hill’s Morning Report — A devastating day for Trump