William Shatner, the 90-year-old actor who played Captain Kirk on “Star Trek,” plans to travel to space for real aboard Jeff Bezos’s Blue Origin for an Oct. 12 flight that would make him the oldest person to fly in space.

The Department of Health and Human Services undid a Trump-era ban that has prevented family planning clinics that receive Title X funding from providing abortion referrals, amid the intensifying battle over abortion rights. 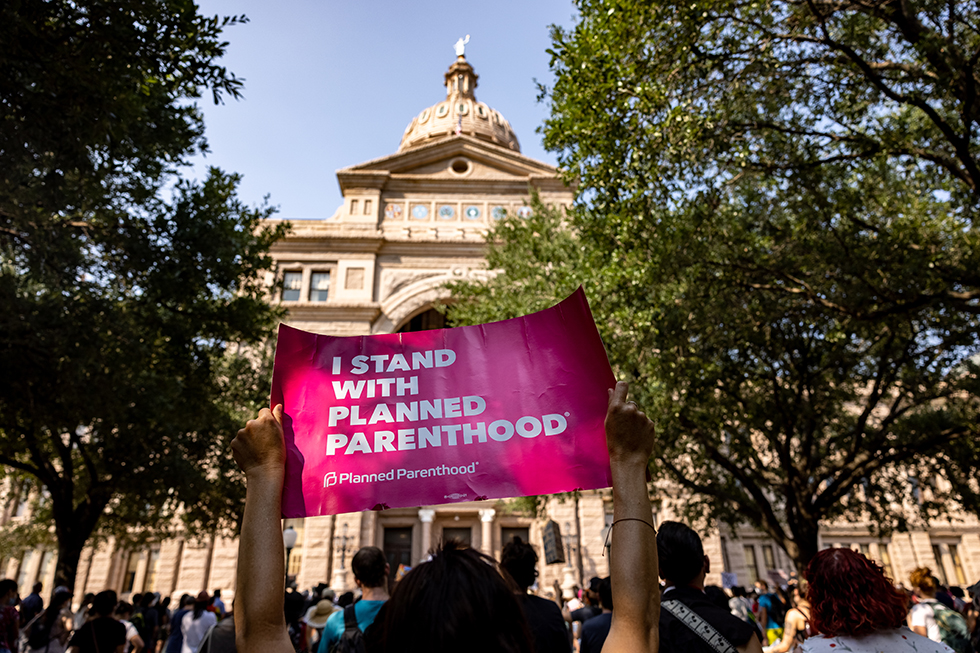 The Department of Health and Human Services (HHS) announced its last regulation to finalize the reversal of the Trump-era rule designed to prevent clinics from receiving Title X federal funding if they refer patients to abortion providers.

Biden’s rule, which returns the Title X program to how it functioned between 2000 and 2019, will take effect on Nov. 8.

Title X has always prohibited direct funding from going to abortion care. But with the Trump administration’s regulation, these clinics also could not refer patients for abortions, in what critics and reproductive rights groups called a “gag rule.”

About a quarter of clinics that received Title X funding left the program in response to the Trump-era rule, according to the Guttmacher Institute.

The updated rule also comes after Texas implemented a new law last month allowing private citizens to sue anyone suspected of aiding or abetting in an abortion and as the Supreme Court prepares to hear arguments on Mississippi’s 15-week ban in December. 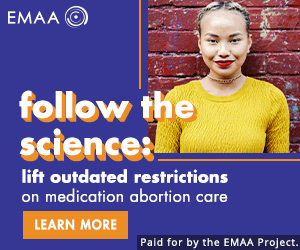 The Supreme Court is slated to hear a number of hot-button issues in the new term that started Monday, but one case looms largest: a clash over a Mississippi abortion law that directly challenges Roe v. Wade.

Conservatives and anti-abortion activists hope the case will mark the culmination of nearly five decades of their concerted effort to narrow the constitutional right to abortion first recognized by the court in 1973.

Mississippi officials have made no secret of their goal. The state’s Republican attorney general in a court brief filed over the summer explicitly urged the justices to use the dispute over Mississippi’s 15-week abortion ban as a vehicle to overrule Roe and related rulings, calling the court’s precedent on abortion “egregiously wrong.”

“This Court should overrule Roe and Casey,” Mississippi Attorney General Lynn Fitch wrote, referring also to the court’s 1992 decision in Planned Parenthood v. Casey. “Roe and Casey are egregiously wrong. They have proven hopelessly unworkable. … And nothing but a full break from those cases can stem the harms they have caused.”

Abortion rights advocates have warned that if the Supreme Court were to dramatically undermine the constitutional right to abortion, then “chaos would ensue.”

“The fallout would be swift and certain,” abortion providers argued in their court brief opposing Mississippi’s law, which has been put on pause during litigation. “As abortion bans are enforced — or the threat of enforcement looms — large swaths of the South and Midwest would likely be without access to legal abortion.” 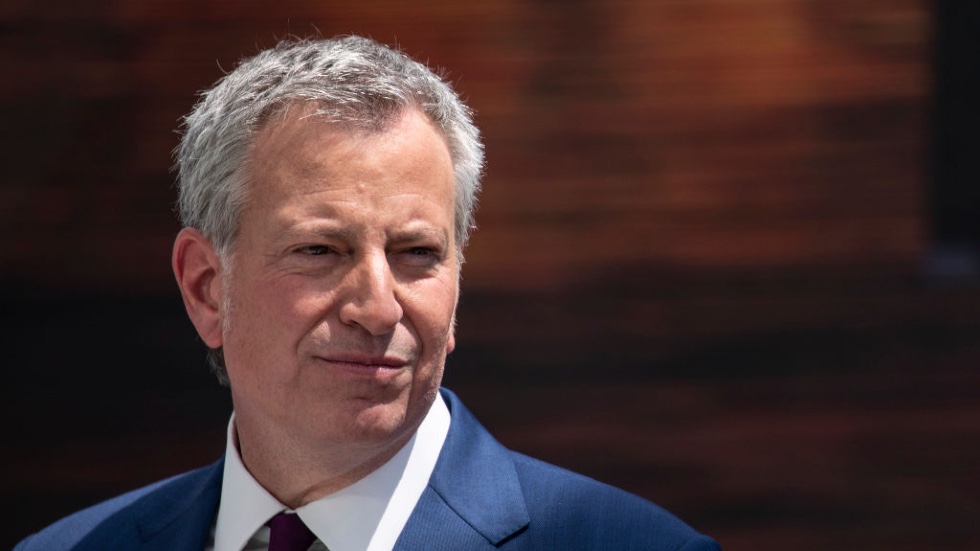 New York Mayor Bill de Blasio (D) announced during a press conference Monday that 95 percent of staff from the city’s Department of Education are vaccinated against the coronavirus as an employee mandate takes effect.

The mayor touted the public school employee vaccination rate, which reached 96 percent among teachers and 99 percent among principals, saying it shows that mandates work.

By the numbers: Since New York announced the mandate on Aug. 23, public school employees have received 43,000 doses, and the city as a whole will soon surpass 11.5 million doses, de Blasio said. New York saw 1.7 million doses administered since late July, with the daily vaccination rate jumping by 45 percent.

As of Monday, all the staffers working at the city’s more than 1,600 public schools are fully vaccinated, as unvaccinated employees without an exemption were placed on paid leave.

These approximately 8,000 unvaccinated employees are on unpaid leave and “will be welcomed back in our system should they comply with the mandate,” Schools Chancellor Meisha Porter said. 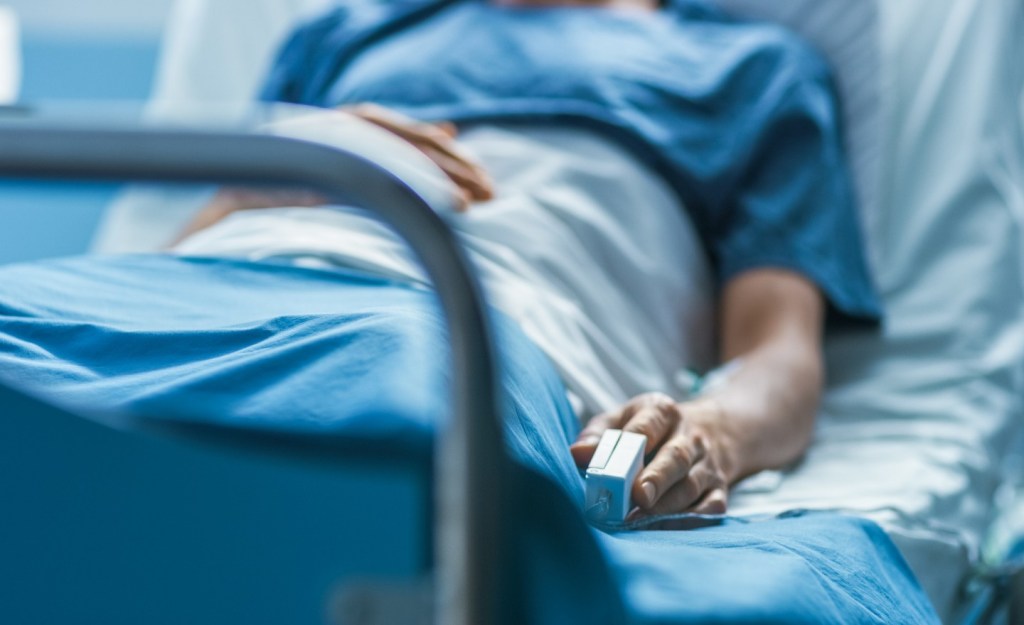 COVID-19 long-haulers and advocates are stepping up their calls for state and federal officials to take action and dedicate funding to those who have endured the mysterious condition that stems from the coronavirus.

After months of sharing their stories of ongoing symptoms, long-haulers are appealing to elected officials for assistance and begging them to provide help.

“We need to have more legislation for survivors like ourselves and not just keep telling our stories because there’s a bazillion stories out there now,” said Maya McNulty, a long hauler from New York. “We’re not like some Netflix series that you can just binge watch and then the problem goes away. We are living with this … disease, and there is no hope.”

The grassroots, nonpartisan group COVID Survivors for Change launched a week of action on Friday, with delegations from all 50 states dedicated to illustrating how the virus has changed the lives of long-haulers and families who’ve lost loved ones.

Their requests range from direct funding for long-haulers to a 9/11-style commission to investigate how the pandemic led to hundreds of thousands of deaths and potentially millions of long COVID-19 cases. 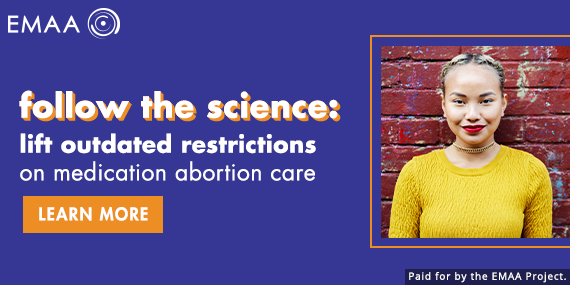 Anthony Fauci said Monday that his comments about it being “too soon to tell” whether it is safe to gather for Christmas were “misinterpreted” and that he in fact encourages people to do so.

What he said: “The best way to assure that we’ll be in good shape as we get into the winter would be to get more and more people vaccinated,” Fauci, the government’s top infectious diseases expert, said Monday on CNN.

“That was misinterpreted as my saying we can’t spend Christmas with our families, which was absolutely not the case,” he added. “I will be spending Christmas with my family. I encourage people, particularly the vaccinated people who are protected, to have a good, normal Christmas with your family.”

“We’ve just got to [concentrate] on continuing to get those numbers down and not try to jump ahead by weeks or months and say what we’re going to do at a particular time,” he added at the time.

The comments drew blowback from some Republicans. Former Food and Drug Administration Commissioner Scott Gottlieb had also offered a differing take when asked about Fauci’s Sunday comments on CNBC.