Australia’s vaccination rate has been surging, and Sydney has begun to reopen from its three month lockdown. The first businesses to open? Pubs.

Merck asked the FDA for emergency use authorization of its COVID-19 treatment pill, less than two weeks after data was released. 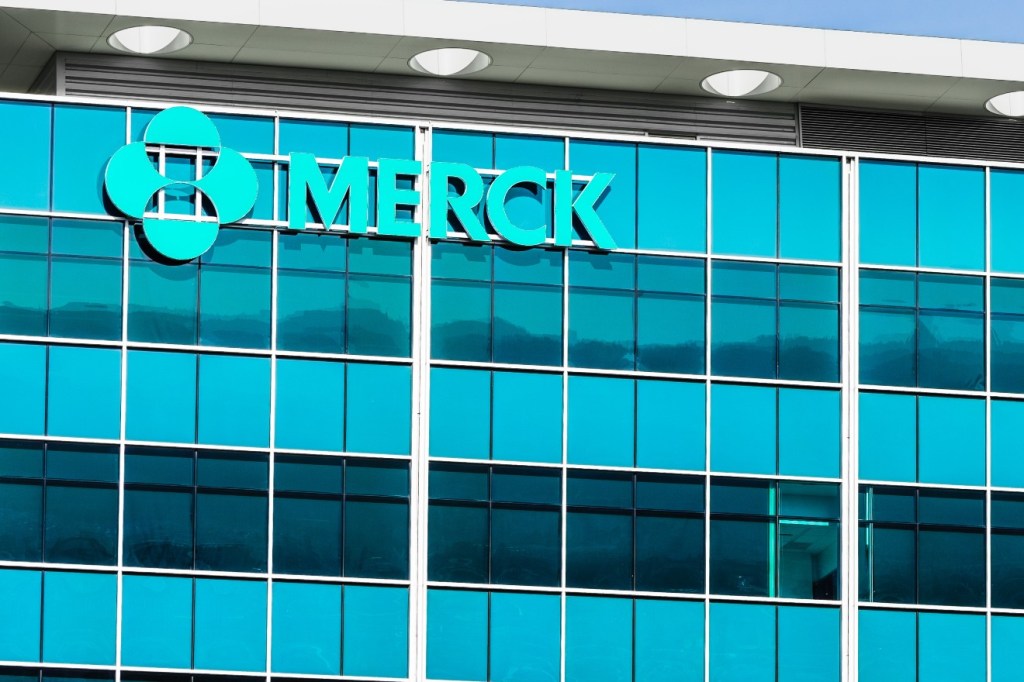 Merck said on Monday that it has requested authorization from the Food and Drug Administration (FDA) for its antiviral coronavirus pill.

Merck said in a statement that an emergency use authorization was requested “for the treatment of mild-to-moderate COVID-19 in adults who are at risk for progressing to severe COVID-19 and/or hospitalization.”

The pharmaceutical company said earlier this month that testing showed that molnupiravir, which is administered as a five-day treatment and was developed with Ridgeback Biotherapeutics, reduced the risk of hospitalization by 50 percent.

“The extraordinary impact of this pandemic demands that we move with unprecedented urgency, and that is what our teams have done by submitting this application for molnupiravir to the FDA within 10 days of receiving the data,” Robert M. Davis, CEO and president of Merck, said in a statement on Monday.

Merck has said that its pill, which targets the enzyme that allows the COVID-19 virus to make copies of itself, is likely effective against COVID-19 variants, including the highly infectious delta variant.

Big picture: Former FDA Commissioner Scott Gottlieb has referred to molnupiravir as a “game changer.” He predicted last week that the “pandemic phase” of COVID-19 would likely come to an end with the approval of antiviral pills as well as the approval of COVID-19 vaccines for children under 12.

However, he also said that 1.7 million courses of the medicine would not be enough and said rationing would be likely.

The price tag could also pose a challenge: The U.S. bought those 1.7 million courses of treatment for $700 each, and the price could change going forward once the treatment is authorized.

A MESSAGE FROM THE NATIONAL COUNCIL FOR MENTAL WELLBEING 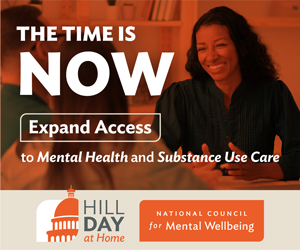 This is our chance to expand access to care. Join us on October 19 for Hill Day at Home – the largest mental health and substance use advocacy event of the year. Learn more. 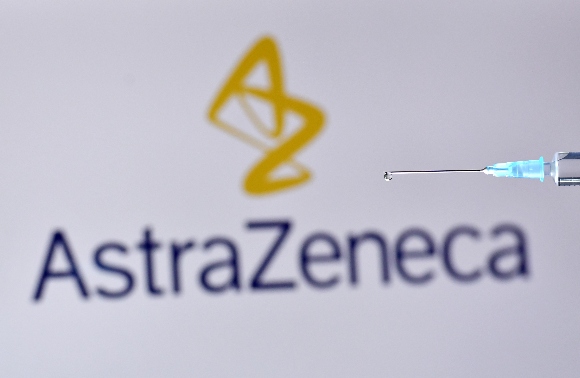 AstraZeneca announced on Monday that its experimental COVID-19 treatment has been found to be effective in late-stage trials at preventing severe illness or death.

When compared to a placebo, AstraZeneca’s antibody treatment, called AZD7442, reduced the risk of developing severe COVID-19 or death by 67 percent, the company said in a press release.

“These important results for AZD7442, our long-acting antibody combination, add to the growing body of evidence for use of this therapy in both prevention and treatment of COVID-19,” Mene Pangalos, AstraZeneca’s executive vice president, said.

“An early intervention with our antibody can give a significant reduction in progression to severe disease, with continued protection for more than six months,” Pangalos added.

AstraZeneca said AZD7442 had been shown to prevent COVID-19 viruses from binding to host cells and was able to neutralize COVID-19 variants including the delta and mu strains.

Last week: AstraZeneca applied for an emergency use authorization for the preventative treatment, citing data from a trial showing that AZD7442 was 77 percent effective at stopping symptomatic cases of COVID-19.

The U.K.-based drugmaker has said discussions for setting up a supply agreement with the U.S. are “ongoing.”

FAUCI ON VACCINE MANDATES FOR AIRLINES: ‘I DON’T SEE THAT IMMEDIATELY’

Anthony Fauci on Sunday said he does not anticipate vaccine mandates for domestic airline travelers any time soon.

“It’s always discussable. We always wind up discussing it,” Fauci said on CNN’s “State of the Union.” “Right now, I don’t see that immediately.”

A vaccine mandate for domestic air travel would likely be staunchly opposed by Republican lawmakers and the travel industry as such a mandate could be viewed as government overreach by the Biden administration.

Fauci declined to take a position on the issue, saying he did not want his comments taken out of context.

“I don’t want to be weighing in, because we wind up then having people taking things out of context. We have everything on the table, and it will be discussed by the medical group,” Fauci said on Sunday.

Fauci has previously indicated some support for a possible mandate for airline travelers if the president wanted to move forward with one.

There has been some movement among Democrats in Congress for air travel mandates: Sen. Dianne Feinstein (D-Calif.) introduced a bill that would require either vaccination, a negative test or proof of recent recovery from the virus mandatory to fly domestically. In the House, Rep. Don Beyer (D-Va.) proposed legislation to require proof of vaccination or a negative test for domestic air or Amtrak travelers. 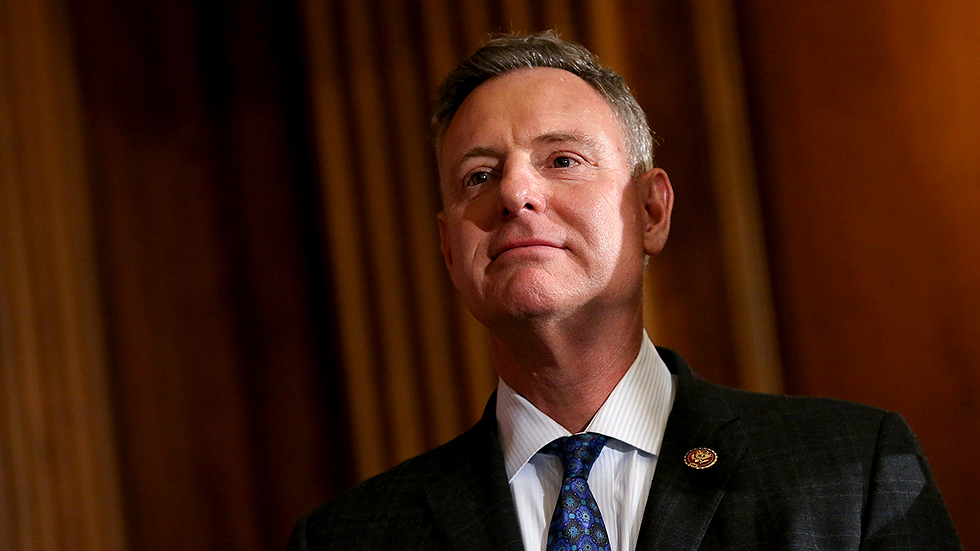 Democratic leaders are discussing changes to a signature bill to lower prescription drug prices in a bid to win over a handful of moderate Democrats needed for passage.

House and Senate leaders have discussed a proposal that would remove one of the provisions moderates find most objectionable in Speaker Nancy Pelosi’s (D-Calif.) bill, a cap on prices based on what other wealthy countries pay for drugs, and have pitched the proposal to moderates, sources say.

But some moderates who voted against the drug pricing measure last month in a House committee are still not signing on, illustrating the difficult path forward for a key piece of Democrats’ agenda that is intended to help pay for President Biden’s sweeping Build Back Better package.

Rep. Scott Peters (D-Calif.), one of the three House lawmakers who voted no last month, said he spoke with White House staff and Speaker’s office staff on a call last week about ways to bridge their differences on drug pricing, but that there has not yet been a resolution.

“I think it’s great that they’re talking to me, but I also don’t want to overstate, I don’t want to suggest that they proposed something yet that I think will work or will pass,” Peters told The Hill.

“I didn’t expect it to come to a resolution in one meeting, and so we’ll continue those conversations,” he added.

A MESSAGE FROM THE NATIONAL COUNCIL FOR MENTAL WELLBEING

This is our chance to expand access to care. Join us on October 19 for Hill Day at Home – the largest mental health and substance use advocacy event of the year. Learn more.

ARE COVID-19’S BIG WAVES OVER? EXPERTS ARE SPLIT

Experts are split on whether the waning delta surge will be the last major COVID-19 wave to strike the U.S., as Americans grow eager for the pandemic to end after 19 months.

The vaccination rate and decreasing cases in most states have provided a ray of hope that the pandemic could be winding down after its final large wave, some experts say.

But other public health experts caution that the unpredictability of the virus suggests another surge could still happen as the country braces for winter — which led to skyrocketing cases, deaths and hospitalizations last year.

Nicholas Reich, a professor of biostatistics at the University of Massachusetts Amherst, said declaring there won’t be another major wave after delta “feels like” a “premature” and “bold” statement.

“Is there a chance? Sure, but I feel like if there’s one thing we’ve learned from this, it’s that there’s a lot more sort of uncertainty and randomness … in COVID then we’ve given it credit for so far,” he said.

“Barring something unexpected, I’m of the opinion that this is the last major wave of infection,” Gottlieb told The New York Times last week.

NYC recommends everyone wear masks indoors regardless of vaccination status