Actor Tom Hanks said he turned down an offer from Jeff Bezos to ride in his Blue Origin rocket— the $28 million price tag was just not worth the 12 minute ride. Maybe going to space in “Apollo 13” was enough for one lifetime.

President Biden applauded the Centers for Disease Control and Prevention’s recommendations for children ages 5 to 11 to get the vaccine, calling it “a giant step forward” in the ongoing pandemic. 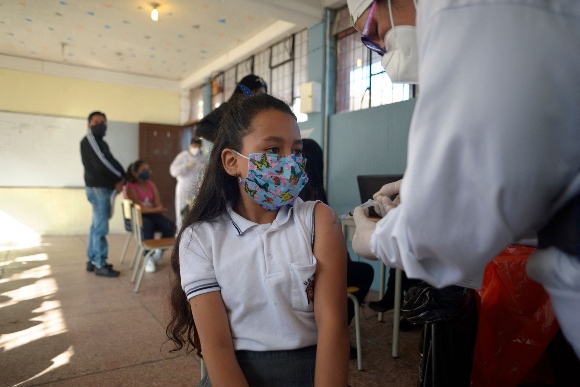 President Biden on Wednesday praised the availability of vaccines for children ages 5 to 11 and urged parents who may be hesitant to talk to their pediatricians about any concerns.

The vaccines for children represent “a giant step forward to further accelerate our path out of this pandemic,” Biden said. “For parents all over this country, this is a day of relief and celebration.”

While the seven-day average number of infections in the U.S. was steadily falling until about a week ago, cases have started to climb again.

Extending vaccine eligibility to children younger than 12 has been a major goal of public health officials and eagerly awaited by many pediatricians and families. The way to end the pandemic is to vaccinate as many people as possible, and an estimated 28 million children are now eligible.

Biden reiterated that the administration has already purchased enough doses of the Pfizer-BioNTech vaccine to inoculate all 28 million.

“The bottom line is: We’ve been planning and preparing for months to vaccinate our children. Our program will be ramping up this week, and more doses [will be] shipped out each day so that we have it fully up and running by next week,” Biden said during remarks at the White House.

“We have 20,000 locations around the country. These include places that parents know and trust — their local pharmacies, their pediatricians, family doctors and children’s hospitals,” Biden said. “This vaccine is safe and effective. So get your children vaccinated to protect themselves to protect others and to stop the spread and to help us beat this pandemic.”

The vaccination program will be fully operational next week. However, some pediatricians and family doctors are already beginning to schedule appointments.

CVS Health announced Wednesday that it will be offering kids 5-11 years of age the pediatric dose of the Pfizer-BioNTech vaccine on Sunday “upon receipt and confirmation of vaccine supply.”

Meanwhile, Walgreens has announced that it will be administering Pfizer’s jab to kids ages 5 to 11 beginning Saturday, Nov. 6. It said it will offer the children’s Pfizer vaccine to approximately 40 percent of its stores.

Both are encouraging parents to make appointments.

CVS will initially offer the pediatric vaccine at one-third of the adult dose to 1,700 locations across 46 states, Puerto Rico and Washington, D.C., and the appointments can also be scheduled by calling CVS or going to its website.

“Our immunizers have been preparing for this important role, and stand ready to help answer parents’ questions, guide them and their children through the process, and administer the vaccines safely, with kindness and caring,” said Troyen Brennan, executive vice president and chief medical officer of CVS Health.

Former Surgeon General Jerome Adams says he will get his 11-year-old daughter vaccinated as soon as possible.

Adams, who served in former President Trump‘s administration, told The Dallas Morning News that both of his sons are vaccinated, and that he planned on vaccinating his daughter once children are eligible.

“I’m a doctor, a former lab researcher, a public health expert — but I’m also a dad,” Adams told the newspaper. “And COVID was the No. 6 leading cause of death in this country for children in September.”

Adams has been vocal about the need for vaccinations and allowing public health officials to make decisions amid orders barring local authorities from imposing mask mandates.

Speaking to the Dallas newspaper, Adams said it bothered him that local leaders are having their authority taken away for political reasons and that people who are not vaccinated are being demonized.

“We need Trump people and Biden people to get vaccinated,” Adams said. “We need to engage them all.”

Manchin doubles down on paid leave 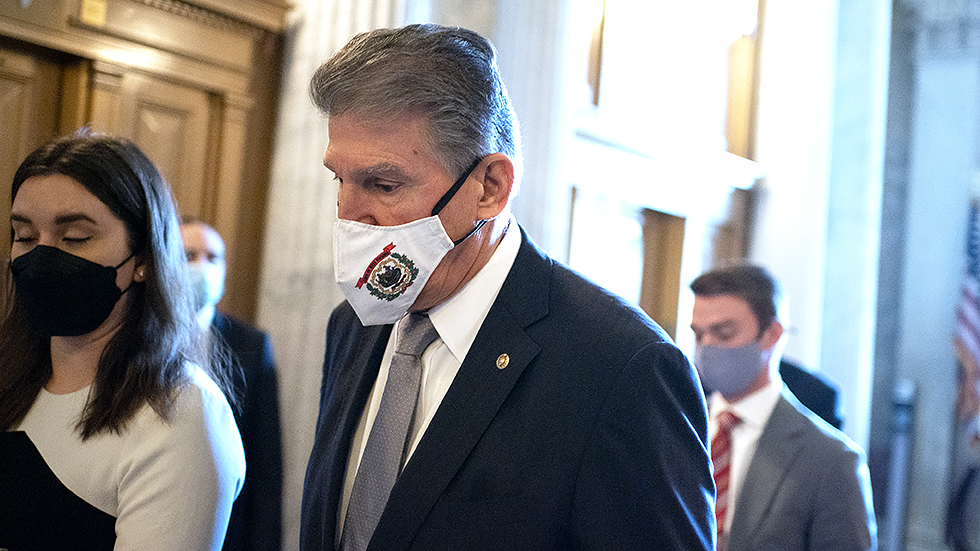 Sen. Joe Manchin (D-W.Va.) doubled down Wednesday on his opposition to including paid leave in the spending bill even as House Democrats prepare to stick it into their legislation and send it to the Senate.

Manchin told reporters that their questions about the decision — announced by Speaker Nancy Pelosi (D-Calif.) earlier Wednesday — was the first he was hearing of the decision. An aide confirmed that he hadn’t seen the House plan.

“That’s a challenge, very much a challenge,” Manchin said, adding that the spending bill is the “wrong place” for a paid leave proposal.

Background: House Democrats announced on Wednesday that they were putting paid leave back into bill. Pelosi said the decision came “at the urging of many Members of the Caucus.”

The provision will provide four weeks of permanent parental and medical leave, according to a Democratic aide familiar with the language.

“Let’s do that in a proper [way]. We’re trying to force it through reconciliation, which has guardrails and rules and regulations. Let’s do it and do it right,” he said.

The overall suicide rate in the U.S. dropped for a second straight year in 2020 after climbing for two decades, according to preliminary data from the Centers of Disease Control and Prevention (CDC).

The National Center for Health Statistics data released Wednesday counted almost 46,000 suicide deaths last year, amounting to a 3 percent decline compared to in 2019, despite the pandemic’s expected effect on the rate.

Among men, the suicide rate reduced 2 percent between 2019 and 2020, and women saw a drop of 9 percent in the time frame. The rate fell among women from all racial and ethnic groups, although only the 10 percent decline among white women was statistically significant.

But other populations, including younger adults, Blacks, American Indian and Alaskan Native, and Hispanics, saw increases.

During the pandemic: The drop comes after experts warned the pandemic increased risk factors associated with suicides, including mental health conditions, substance misuse, job stress and financial stress, sparking concerns that the rate would jump.

But the analysis of 99 percent of death records shows that the suicide rate remains higher than every other year before 2017 in the past two decades. The rate had increased 35 percent between 1999 and 2018 before a 2 percent decrease in 2019.

Health Care — The days of free COVID tests are numbered