Britney Spears is free from her conservatorship after 13 years following a judge’s Friday ruling in a win for the #FreeBritney movement that gained momentum this year.

The wait is over: Biden selects Califf for FDA 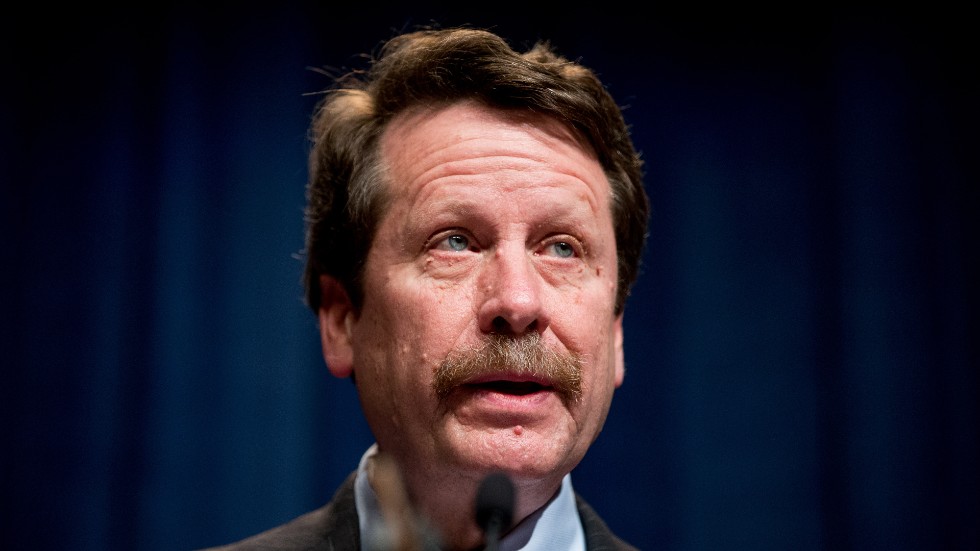 The Califf pick comes after a months-long delay in selecting an FDA commissioner, which drew some criticism given the agency’s role in helping fight the COVID-19 pandemic. Califf is a familiar face, having led the agency at the end of the Obama administration.

“Dr. Robert Califf is one of the most experienced clinical trialists in the country, and has the experience and expertise to lead the Food and Drug Administration during a critical time in our nation’s fight to put an end to the coronavirus pandemic,” Biden said in a statement. “As the FDA considers many consequential decisions around vaccine approvals and more, it is mission critical that we have a steady, independent hand to guide the FDA.

Califf would return for a second stint atop the agency if confirmed, having led it for less than a year  starting in early 2016. He was previously confirmed in a bipartisan vote of 89 to 4, so he could get Republican support again.

The End of Innovation: 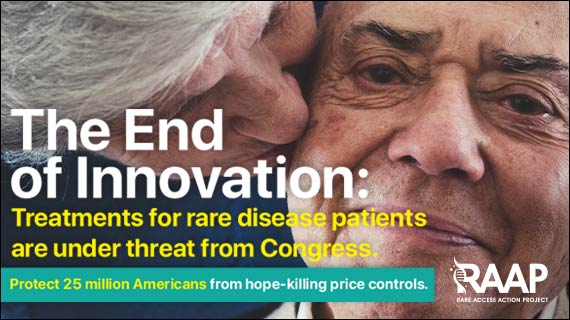 Treatments and cures for rare disease patients are under threat from Congress. Find out more at RareAccessActionProject.org.

BUT NOT EVERYONE IS HAPPY WITH THE PICK

Sen. Joe Manchin (D-W.Va.) said Friday that he opposes Califf, arguing he is not strong enough in fighting the opioid epidemic given his ties to the pharmaceutical industry.

“Dr. Califf’s nomination and his significant ties to the pharmaceutical industry take us backwards not forward,” Manchin said in a statement. “His nomination is an insult to the many families and individuals who have had their lives changed forever as a result of addiction.”

“I urge the Administration to nominate an FDA Commissioner that understands the gravity of the prescription drug epidemic and the role of the FDA in fighting back against the greed of the pharmaceutical industry,” he added.

Big picture: Manchin’s opposition was reportedly one of the main reasons Biden did not nominate the agency’s current acting director, Janet Woodcock. While it is possible Manchin’s vote would not be needed to confirm Califf, it is still a sharp rebuke of the Biden administration from Senate Democrats’ main swing vote on a range of issues.

Manchin was one of four senators from both sides of the aisle to oppose Califf when President Obama nominated him in 2016. 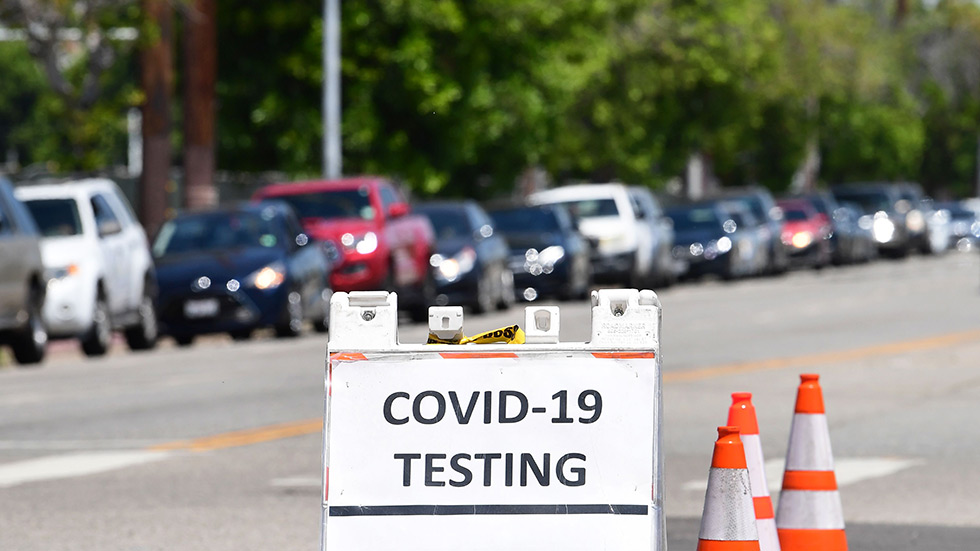 Top political officials in the Trump White House tried to block public health guidance from the CDC and to eliminate evidence of political interference into scientists’ reports on the coronavirus, according to newly released documents from congressional investigators.

The latest documents from a House committee investigating the former administration’s response to the pandemic shed additional light on the efforts of some of former President Trump’s political appointees to blunt or even block the messages of career officials because they did not align with Trump’s rosy projections.

Flashback: During a press briefing on Feb. 25, 2020, former senior CDC official Nancy Messonnier warned about the coming dangers of COVID-19. She told reporters that the spread of the coronavirus was essentially inevitable.

Current investigation: In an interview with the House select subcommittee on the pandemic, Messonnier said her intention was to to tell the truth.

“My intention was not and has never been to scare the public … our intention was certainly to get the  public’s attention about the likelihood that COVID was going to be at the U.S. and that it was going to spread and that we thought that there was a high risk that it would be disruptive,” Messonnier said. 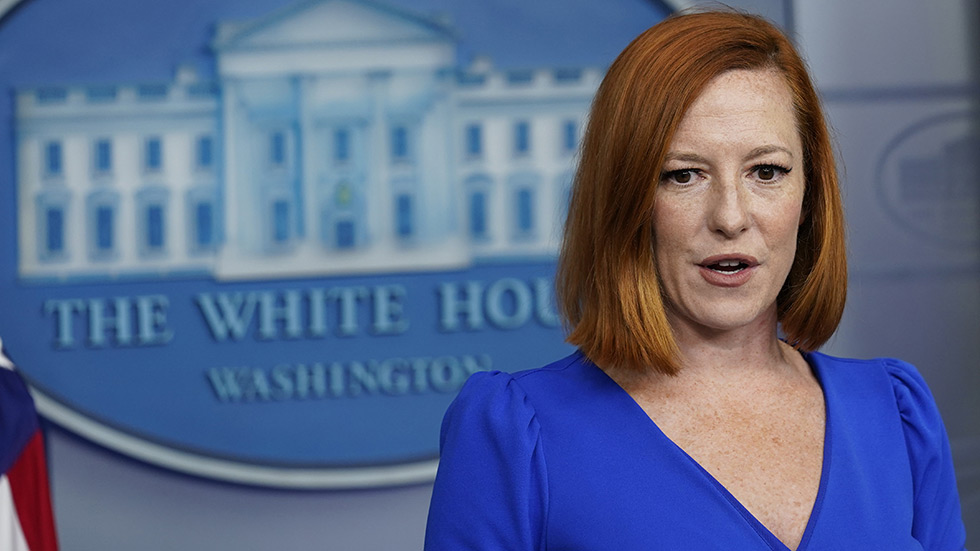 Press secretary Jen Psaki said Friday the White House is against misinformation when asked about celebrities, such as NFL quarterback Aaron Rodgers, who have refused to get vaccinated against COVID-19.

“You know how we feel about misinformation — we’re against it,” Psaki said when asked by a reporter if she had anything to say to people, such as the Green Bay Packers star, who have promoted “dubious alternatives to vaccines.”

Backstory: Rodgers last week tested positive for the coronavirus, with news breaking that he had not been vaccinated, despite saying in August that he had “been immunized.”

Following his diagnosis, the reigning NFL MVP defended his decision not to get vaccinated, saying he was allergic to ingredients in the Pfizer and Moderna vaccines and was worried about side effects from the Johnson & Johnson one.

The league fined the Packers $300,000 for violating COVID-19 protocols on Tuesday, and fined Rodgers and his teammate Allen Lazard $14,650 each for attending a Halloween party while unvaccinated.

The End of Innovation:

Treatments and cures for rare disease patients are under threat from Congress. Find out more at RareAccessActionProject.org.

Johnson & Johnson announced on Friday its plans to split into two public companies, with one centered on drugs and medical devices and another concentrated on consumer products.

The separation marks a monumental change in the health care company’s 135-year history as it divides its slow-and-steady consumer division from its more risky — but more profitable — business researching and developing drugs and medical devices.

The other faction will involve consumer health products, including four $1 billion megabrands and 20 brands valued at $150 million or more.