It’s beginning to look a lot like Christmas at the White House – even before Thanksgiving – as Jill Biden welcomed the White House’s tree for the first time as first lady.

According to the White House, more than 90 percent of federal workers are vaccinated against COVID-19 ahead of today’s deadline.

Most federal workers vaccinated by deadline 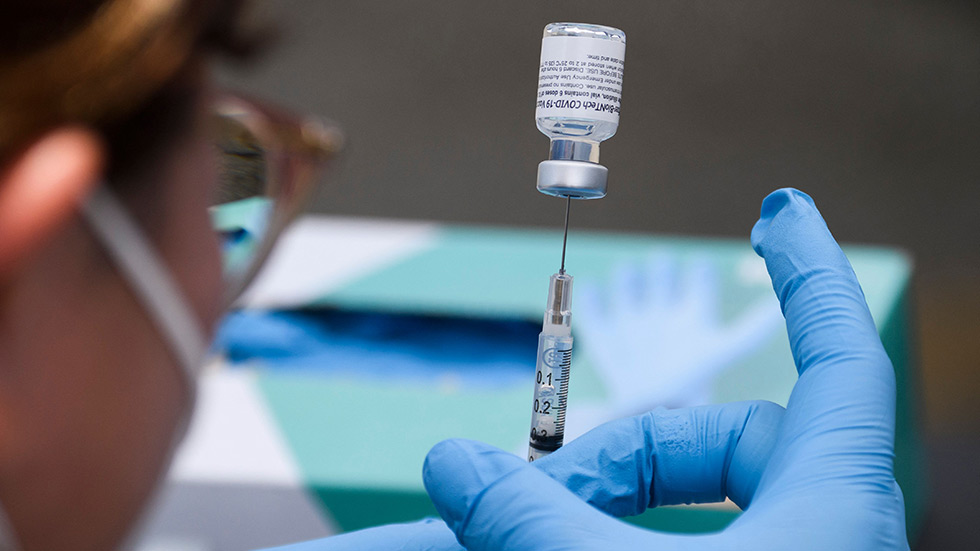 More than 90 percent of the federal workforce has received at least one shot of a COVID-19 vaccine, the White House said Monday, the deadline for President Biden’s federal employee mandate.

Another roughly 5 percent are in compliance by having a valid exception or an extension request, a senior administration official said, bringing the total to 95 percent in compliance.

For the small percentage of employees who are not in compliance, which still translates to thousands of people out of more than 3.5 million federal workers, “agencies are beginning an education and counseling process, followed by additional enforcement steps over time if needed,” the official said.

Broader push: The Biden administration hopes the high uptake among federal workers is an example for private sector employers, as part of a larger vaccine mandate push. The administration’s vaccination-or-testing requirement for businesses with 100 or more workers is scheduled to take effect Jan. 4, though it is currently paused by a federal appeals court.

“As the progress across the Federal government has shown, these requirements work — and we hope that our implementation can serve as an example for other businesses of every size to move forward with similar measures that will protect their workforce, protect their customers, and protect our communities,” the senior administration official said. 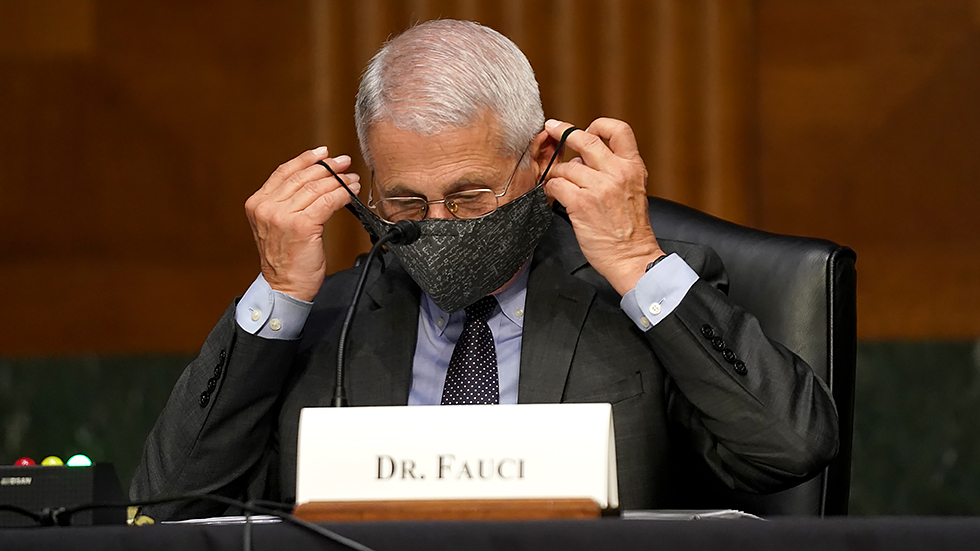 President Biden’s chief medical adviser told NPR’s “Morning Edition” that the city’s move “adds an extra degree of risk” as the country sees rising cases and hospitalization while it heads into the holiday season.

“But you don’t want to do it prematurely,” he added. “As much as you’d like to do it, you’ve got to be careful.”

Fauci pointed to the national increase in cases, citing that they are up 29 percent from two weeks earlier. Hospitalizations have ticked up 6 percent, while deaths still are decreasing, although he cautioned fatalities are “usually a lagging indicator.”

What’s next: When asked about when mask mandates can end, Fauci said it’s “tough to predict” but he hopes it’s “as we get through the winter and into the spring.”

“But you can’t guarantee it,” he added. “This virus has fooled us before. It’s a very wily virus — this delta variant.

More than a dozen medical and human rights groups have teamed up to call on President Biden to take action supporting an intellectual property waiver for COVID-19 vaccines, seeking to keep pressure on the administration in an effort to improve global access to the shots.

The 15 organizations, including Doctors Without Borders, Human Rights Watch and Public Citizen, sent a letter to the White House on Friday requesting Biden’s “personal engagement” on the matter. The groups are pushing for a temporary waiver at the World Trade Organization (WTO) to boost production and supplies for COVID-19 vaccines, treatments and tests.

The groups said they’re “very disappointed” with the Biden administration for its lack of action, beyond the president’s May endorsement, “as millions die or become seriously ill waiting for effective vaccines and treatments.”

But the organizations said in the letter that there’s been “no progress on enacting it.”

The groups called for movement on this waiver at the upcoming WTO Ministerial Conference slated for the end of this month. 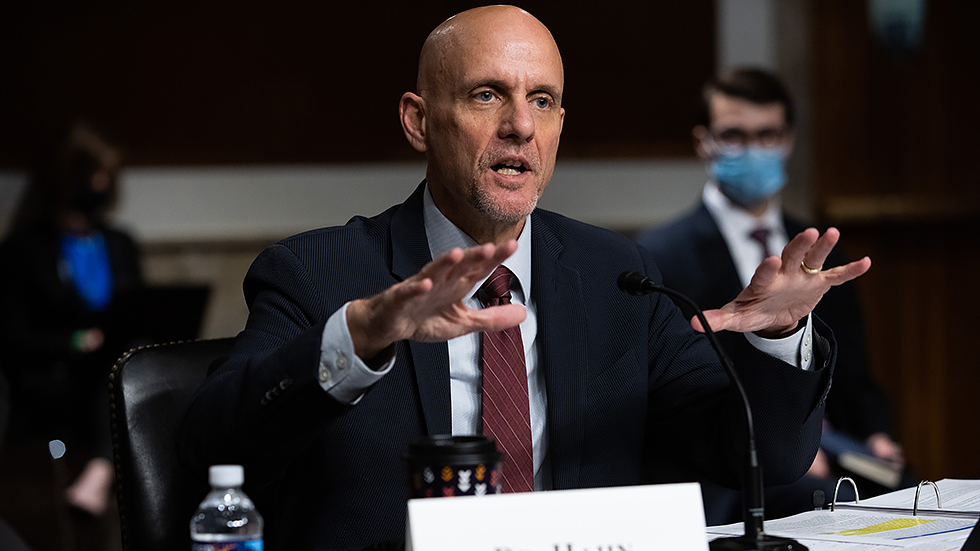 The House subcommittee investigating the U.S. response to the coronavirus wants to question Stephen Hahn, former President Trump’s Food and Drug Administration commissioner, about attempts to improperly interfere with the agency’s review of COVID-19 therapeutics and vaccines, and to boost drugs with minimal benefit.

The committee on Monday sent a letter to Hahn asking him to sit for an interview on Dec. 16, and to provide documents and communications by Dec. 6.

The FDA faced an onslaught from political appointees across the government to fast track approvals of therapeutics and vaccines that would show the Trump administration had the pandemic under control, including hydroxychloroquine and convalescent plasma.

“Given the sustained campaigns to promote the use of dubious coronavirus treatments, the Select Subcommittee seeks to understand the full extent and impact of Trump Administration officials’ efforts to influence these FDA decisions,” panel chairman Rep. James Clyburn (D-S.C.) wrote.

Seeking answers: The committee wants information about Trump officials’ efforts to promote the use of chloroquine and hydroxychloroquine, antimalarial drugs that Trump touted as a miracle cure, despite no evidence.

The panel also wants to learn more about the authorization of convalescent plasma. The FDA rushed to issue an emergency use authorization for plasma on August 23, 2020, after Trump pressured the agency to move faster in pushing out coronavirus treatments and vaccines, despite scientists saying more research was needed.

In a filing with the U.S. Court of Appeals for the 5th Circuit, the AMA said COVID-19 presents a “grave danger to the public” that “wreaked havoc in communities across the country.” The association said it submitted the friend of the court brief because it has “an interest in providing evidence-based guidance on public health issues.”

The 5th Circuit has since put a nationwide pause on the order, but now all the lawsuits have been condensed in the 6th Circuit, which has yet to rule on any motions.

Specifically, the doctor’s association noted that COVID-19 transmissions in the workplace were a large part of the virus’s spread in a variety of industries.

“The more workers who get vaccinated, the closer we are to slowing the spread of the virus and creating a safer environment,” the AMA said.

The filing also called vaccine requirements a “critical” part of bringing the pandemic to an end, referencing previous vaccine mandates for illnesses like measles and smallpox.