Want to understand the criticisms over vaccine inequities? Watch this short clip, where a comedian explains it all in layman’s terms.

President Biden called on the Senate to pass his Build Back Better plan in order to lower drug prices. 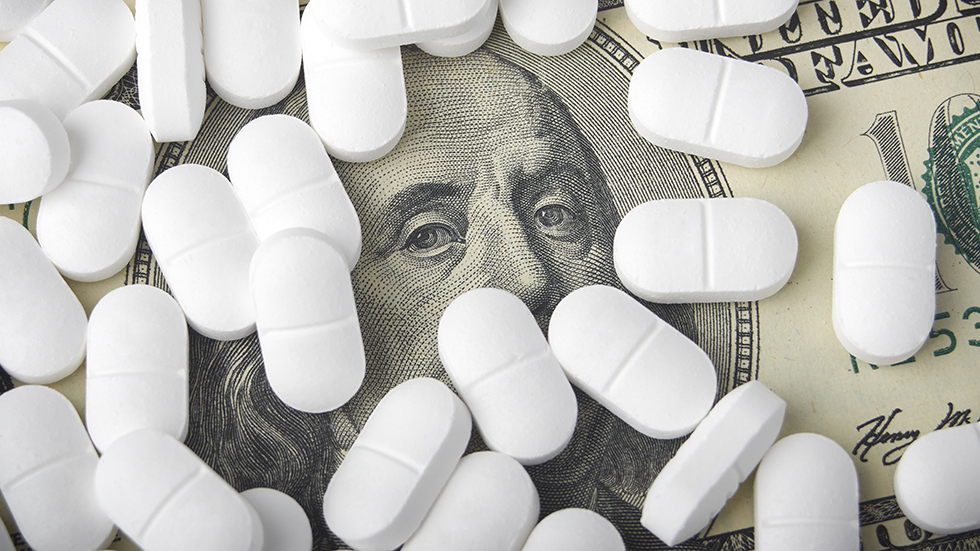 President Biden on Monday touted the Build Back Better Act’s provisions to lower prescription drug prices in his latest call on the Senate to act on the House-passed legislation.

Biden called prescription drugs “outrageously expensive in this country,” saying, “It doesn’t need to be that way.”

“To really solve this problem, we need the Senate to follow the House of Representatives’ lead and pass my Build Back Better bill,” he said.

Lowering drug prices is one of the most popular parts of Biden’s sweeping climate and social spending measure, and Democrats are looking to tout the changes and hammer Republicans for opposing them. A Kaiser Family Foundation poll found that 83 percent of the public supports allowing the government to lower drug prices.

Biden did acknowledge the innovation coming out of drug companies, particularly the development of COVID-19 vaccines, but said there is a distinction between that genuine breakthrough and “jacking up prices” on older medications.

Insulin: Biden met on Monday with patients with diabetes who had to ration their insulin because they could not afford it and noted that his legislation would impose a $35 per month cap on patients’ copays for insulin, one of its most concrete changes. The provision would apply to people on Medicare and those with private insurance, but it would not impact how much the uninsured would pay— something progressives are pushing to change.

Timing: Majority Leader Charles Schumer (D-N.Y.) said in a Monday letter to senators that his goal is to have the measure approved by Christmas. But negotiations with centrists, particularly Sen. Joe Manchin (D-W.Va.), have put that timeline in danger.

De Blasio said the mandate, which is scheduled to take effect on Dec. 27, is a “preemptive strike” the city is taking to stop the “further growth” of COVID-19 as the weather gets colder, people start gathering for the holidays and more information emerges regarding the new omicron variant.

“We in New York City have decided to use a preemptive strike to really do something bold to stop the further growth of COVID and the danger it’s causing to all of us,” de Blasio said during an appearance on MSNBC’s “Morning Joe.”

De Blasio also announced that starting Dec. 14 children ages 5-11 will have to show proof of vaccination to dine indoors and enter fitness and entertainment facilities, expanding the already existing rules for those aged 12 and older.

Additionally, de Blasio on Monday announced that proof of vaccination for adults will require two shots, and not just one. That policy change will take effect on Dec. 27. 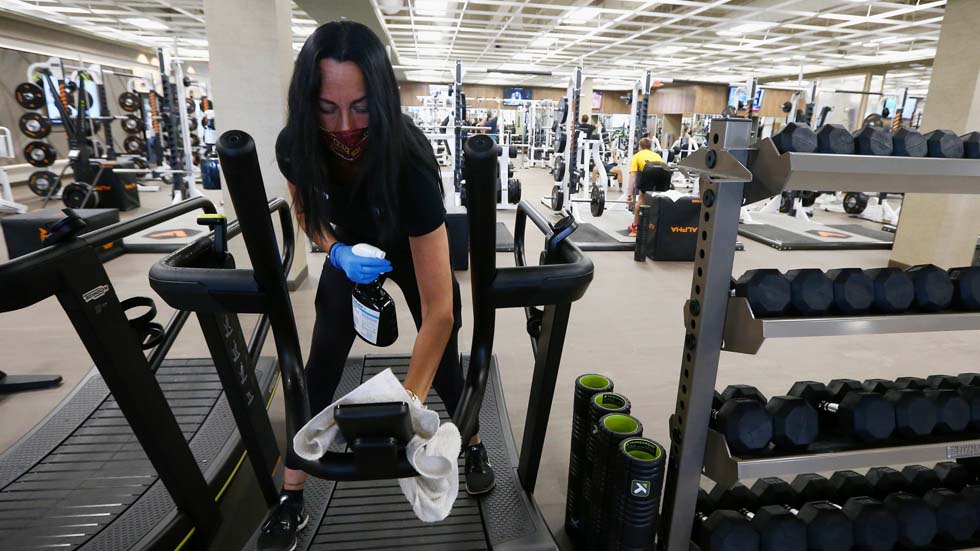 The omicron variant poses a new threat to businesses that were already struggling to recover from the economic damage done by previous strains of the virus.

Gyms, concert venues, restaurants, airlines and other industries that have been battered by the pandemic are bracing for another COVID-19 wave that could curb demand and prompt renewed government restrictions.

Thanks to the prevalence of vaccines, U.S. officials don’t foresee a return to the early days of the pandemic, when entire sectors of the economy were forced to shut down. But experts still worry that many businesses that barely overcame the delta variant might not survive another outbreak.

“We’re all on our toes right now, thinking, ‘Oh God, what’s going to happen next,’” said Brett Ewer, head of government affairs at CrossFit. “The uncertainty really does not help, especially when so many gym owners are almost entirely bled out.”

Fitness facilities have taken a huge hit from customers staying home and COVID-19 restrictions that limit capacity or require masks. If omicron spreads rapidly, the wave would likely run into January and February, when gyms typically get a substantial revenue bump from short-lived New Year’s resolutions.

Another COVID-19 outbreak could also spell trouble for restaurants, which lost customers in droves at the peak of the delta variant wave. Restaurant owners say that they still haven’t recovered, and their operations are continually being disrupted by the ongoing supply chain crunch, worker shortages and rising food prices.

Activists and political candidates in key swing states are preparing for midterm elections that could take place just months after the biggest overhaul to abortion rights the U.S. has seen in almost 50 years.

If the Supreme Court does overturn or limit Roe, critical swing states including Arizona, Georgia, Florida, Wisconsin and Michigan would be among the dozens where experts say a woman’s ability to get an abortion would be in immediate danger.

While legislative debates over abortion have for decades taken place with Roe as a backstop, pro-abortion rights activists say the concrete threat the Mississippi case poses to abortion rights will hit close to home for millions of women — and say that’s an argument they plan to make.

Anti-abortion proponents agree that the Mississippi case poses the greatest challenge to Roe v. Wade, making it a more tangible issue for voters going to the polls.

“The decision of the court will define the future of the movement for both sides,” said Doreen Denny, senior adviser at the conservative Concerned Women for America.

Timing: Last week several Supreme Court justices expressed sympathy for arguments made by attorneys for the state of Mississippi, which enacted a law barring almost all abortions after 15 weeks, in direct opposition to Roe v. Wade.

And the now-conservative-leaning Supreme Court is likely to have a decision on the matter by June 2022, five months before the midterm contests. 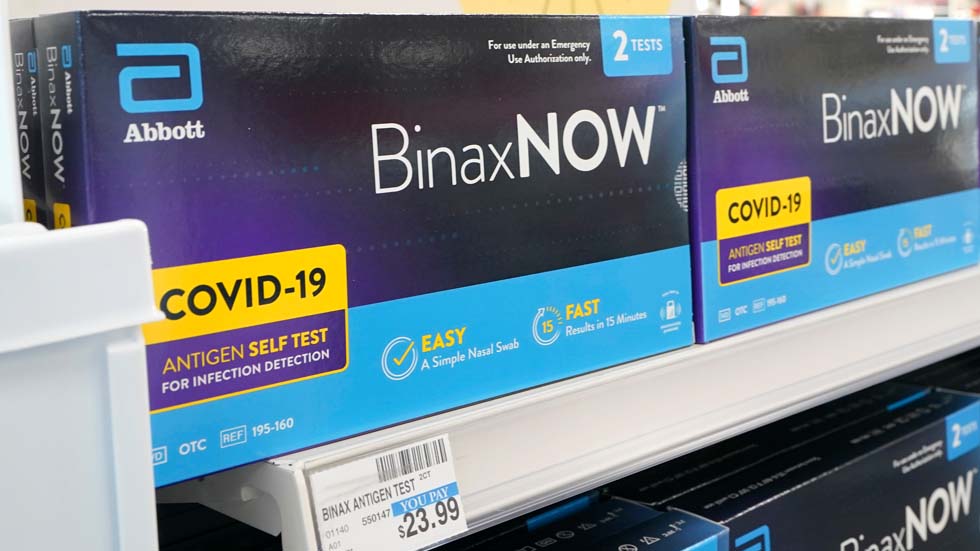 The Biden administration is touting a key part of its plan for the winter COVID surge: have insurance companies reimburse at-home COVID tests, making them essentially free.

But the catch is that people will still have to pay the cost up front for the tests, which can be over $20 for a pack of two at the local CVS, and then submit receipts to their health insurer to get reimbursed.

That process has raised concerns among experts that the upfront cost and added hassle of reimbursement will still cause barriers to testing, a contrast to European countries where tests are free or just a couple of dollars up front.

Advocates have been pushing for greater access to rapid at-home tests for over a year, saying that frequent and cheap rapid tests can help limit spread of the virus without resorting to business closures by giving people the ability to know when they are infectious and need to isolate, and when they are not.

Some progress has been made, as the administration says the supply of at-home tests is set to quadruple compared to late summer.

But the upfront costs are going to be a barrier.

Jennifer Nuzzo, a senior scholar at the Johns Hopkins Center for Health Security, said it could cause people to think twice before buying a test.

“The most preferable option would be to make these goddamn things free or close to free and make them widely available so people can just pick them up,” she said.