The evidence hasn’t really supported the idea of vaccine incentives, but if you still need a booster (like most Americans), New York City will give you $100 to get one by the end of the year.

President Biden outlined his plan to fight omicron, seeking to balance reassuring the vaccinated with stark warnings to those who choose not to get inoculated. 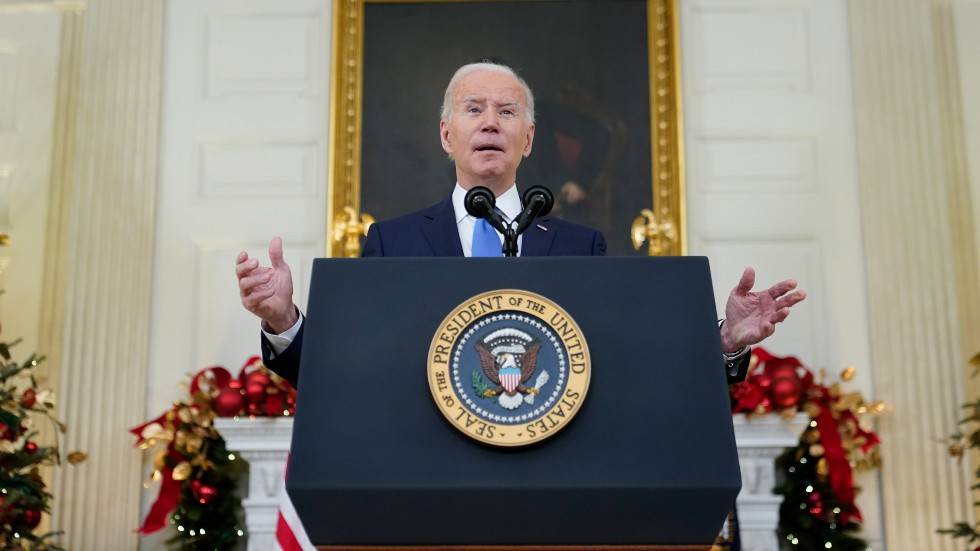 President Biden on Tuesday sought to strike a balance between reassuring Americans about the coming wave of omicron infections, but also to once again try to persuade the public to take precautions.

During remarks at the White House, Biden outlined a plan to increase testing, speed up the vaccination campaign and boost the capacity of hospitals that could be inundated in the coming weeks. He made it clear that although infections are rising, the nation is in a far different place than it was last year.

“We should all be concerned about omicron, but not panicked,” Biden said, emphasizing that vaccinated individuals, especially those with a booster shot, are “highly protected” against the virus.

But he also acknowledged that many will still get infected with relatively mild symptoms, and people should expect cases to rise.

The plan: Biden announced that the U.S. will stand up new federal testing sites around the country, helping states that need additional testing capacity. The first will be set up in New York City this week.

He also announced that the administration plans to purchase 500 million rapid COVID-19 tests to distribute for free to any American who wants one. But the tests won’t even start becoming available until January, and administration officials said they’re still working out details, including finalizing the design of the website where the tests can be ordered.

The White House will also be ready to send 1,000 medical military personnel to hospitals that need help as they struggle with staffing shortages and influx of unvaccinated COVID patients.

Why it’s important: Rapid tests are in short supply right now amid the demand surge. At the same time, turnaround times for lab-based tests are growing and people are waiting hours in long lines for testing centers.

Texas omicron case may be first death in US 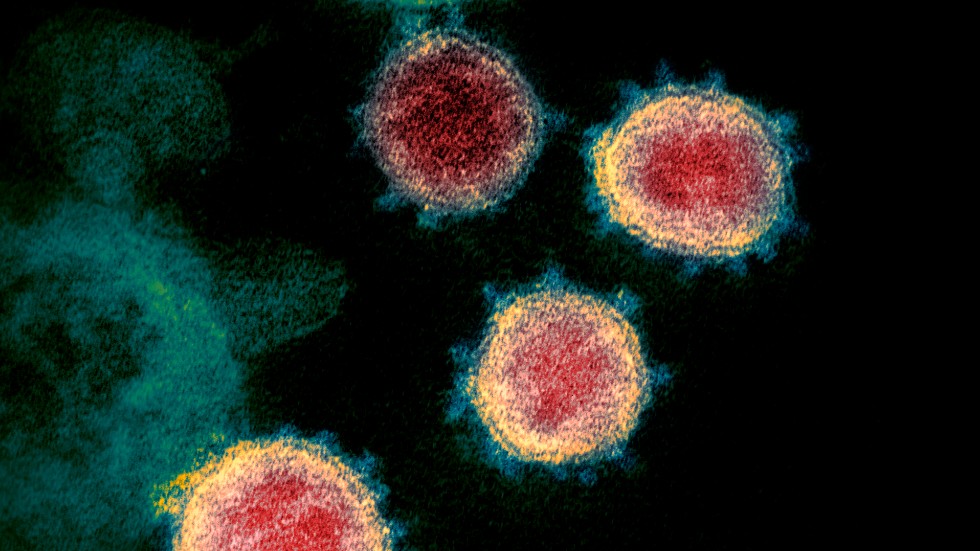 An unvaccinated man with underlying health conditions died in Texas on Monday after testing positive for the COVID-19 omicron variant, officials in Houston said, marking what is believed to be the first death linked to the strain in the U.S.

Harris County Public Health revealed in a statement that the man, who was in his 50s and had previously been infected with COVID-19, died after contracting the omicron variant.

The county said the man was “at higher risk of severe complications from COVID-19 due to his unvaccinated status and had underlying health conditions.”

Harris County Judge Lina Hidalgo, who is the chief executive of that county, and other officials said the death was the first local fatality from the omicron strain.

Call for vaccinations: County officials urged all residents to get vaccinated against COVID-19 and receive a booster shot when eligible, writing that the shots provide the best protection from the virus causing complications or death.

“Our thoughts and prayers are with the patient’s family, and we extend our deepest sympathies,” Harris County Public Health Executive Director Barbie Robinson said in a statement.

“This is a reminder of the severity of COVID-19 and its variants. We urge all residents who qualify to get vaccinated and get their booster shot if they have not already,” she added.

The drug, called Apretude, will be available to at-risk adults and adolescents who weigh at least 77 pounds and have tested negative for HIV immediately beforehand, the FDA announced on Monday.

Significance: The agency’s endorsement opens up the alternative for patients to receive the injectable drug instead of daily HIV prevention oral medication, such as Truvada. Apretude instead requires two initiation injections, one month apart, and then shots every two months.

The FDA noted it hopes the injectable option will improve uptake among high-risk groups such as young men who have sex with men and those dealing with substance use disorders, depression and poverty, who are less likely to keep up with daily medication.

“Today’s approval adds an important tool in the effort to end the HIV epidemic by providing the first option to prevent HIV that does not involve taking a daily pill,” said Debra Birnkrant, director of the Division of Antivirals in the FDA’s Center for Drug Evaluation and Research.

Sen. Elizabeth Warren (D-Mass.) and three other Democratic lawmakers are calling on the federal government to resume tracking all COVID-19 infections in fully vaccinated individuals, while also requesting that it provide racial and other demographic breakdowns for such cases.

The group of lawmakers penned a letter to Health and Human Services (HHS) Secretary Xavier Becerra and Centers for Disease Control and Prevention (CDC) Director Rochelle Walensky on Tuesday asking that the department and agency “monitor, report, and address racial and other demographic disparities in COVID-19 breakthrough cases nationwide.”

The CDC announced in May that going forward it would only track COVID-19 breakthrough cases for infections that lead to hospitalization or death.

According to the lawmakers, only four states report data pertaining to race and ethnicity for COVID-19 breakthrough cases.

The lawmakers said they are concerned that communities of color may be seeing a disproportionate number of COVID-19 breakthrough cases — as they note is happening with coronavirus infections and fatalities overall — but that they are “unable to identify and track racial disparities or other trends in these cases” without data collection. 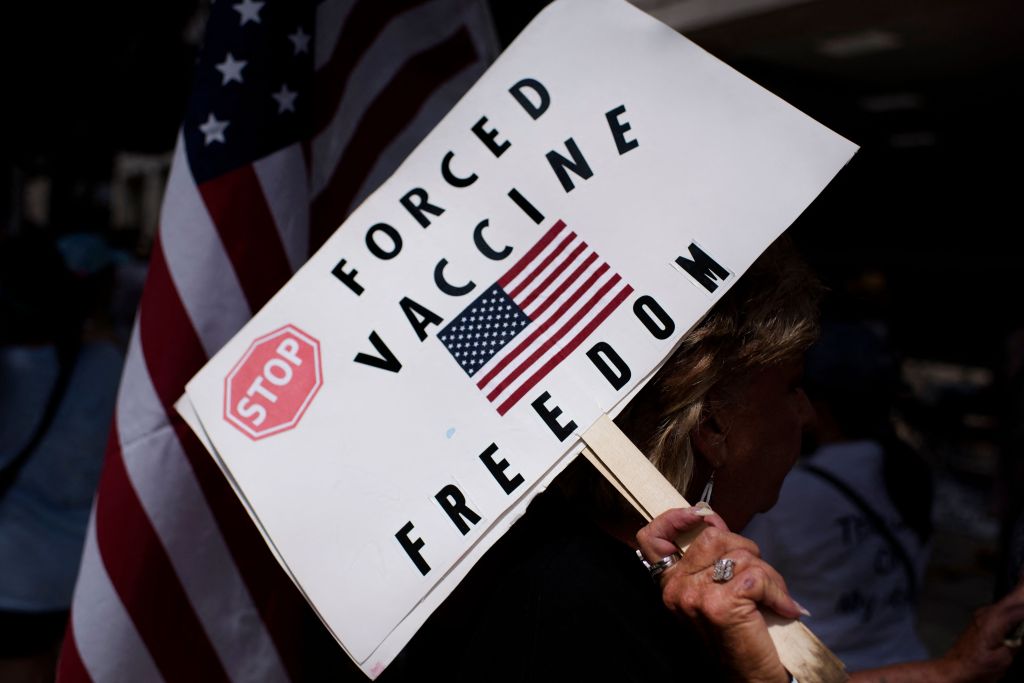 A vast majority of unvaccinated respondents in a Kaiser Family Foundation poll said the omicron variant doesn’t make them more likely to get the COVID-19 vaccine, signaling significant obstacles to getting more Americans vaccinated as the highly transmissible strain spreads.

The data comes from KFF’s quick response survey collecting reactions to the omicron variant that was first confirmed in the U.S. this month and has since become the dominant variant as of Monday.

The partisan divide also remains as 57 percent of Democrats said they were concerned about getting infected, compared to 46 percent of independents and 39 percent of Republicans.