Enjoy the holiday this week. We’ll be back on Monday. 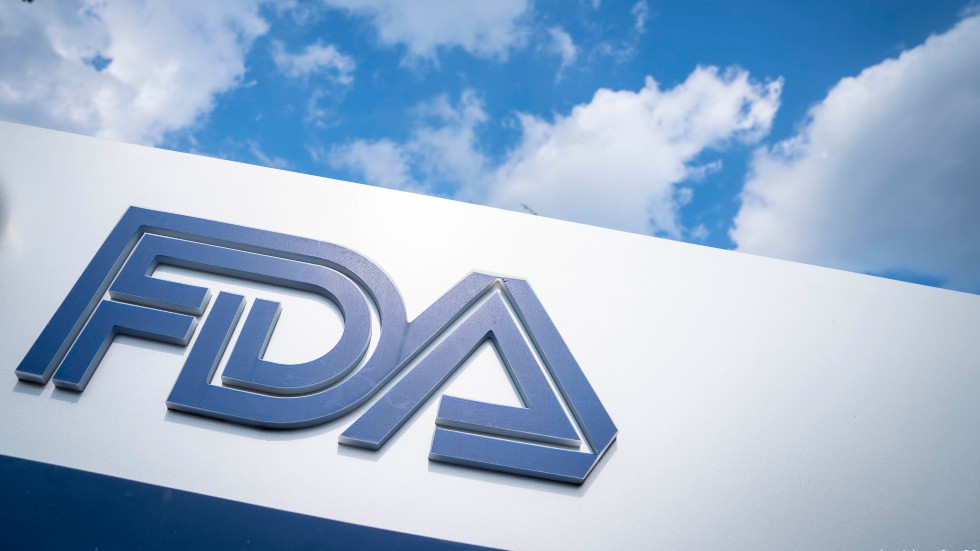 The Food and Drug Administration (FDA) on Thursday authorized a COVID-19 treatment from Merck, marking the second pill to become available to fight the virus.

This authorization is more limited than one on Wednesday for a Pfizer pill. The FDA authorized the Merck pill, developed with Ridgeback Biotherapeutics, for high-risk adults “for whom alternative COVID-19 treatment options authorized by the FDA are not accessible or clinically appropriate.”

That is, if other options are not available, the Merck pill can be used.

The drug is also only authorized for adults over the age of 18, as it “may affect bone and cartilage growth.”

Antivirals are seen as potentially critical weapons in the fight against COVID-19, because they can be taken at home, without an IV or injection. But from the data, the benefit of molnupiravir appears very limited. In a clinical trial, a five-day course of the pill was shown to be only modestly effective– initially a 50 percent reduction in risk of hospitalization or death, but the company later revised it down to 30 percent. By comparison, Pfizer’s drug was 89 percent effective at reducing severe illness or death.

But the advantage over Pfizer’s drug, authorized on Wednesday, is in the numbers. The White House said Wednesday that 3 million courses of the Merck pill would be available in January, compared to 265,000 for Pfizer.

Testing challenge: Like the Pfizer pill, the Merck pill is also intended to be used within five days of symptoms beginning. That poses some logistical challenges, given that testing will need to be widely available enough that people can get their results back and seek the treatment from a health care provider within five days. 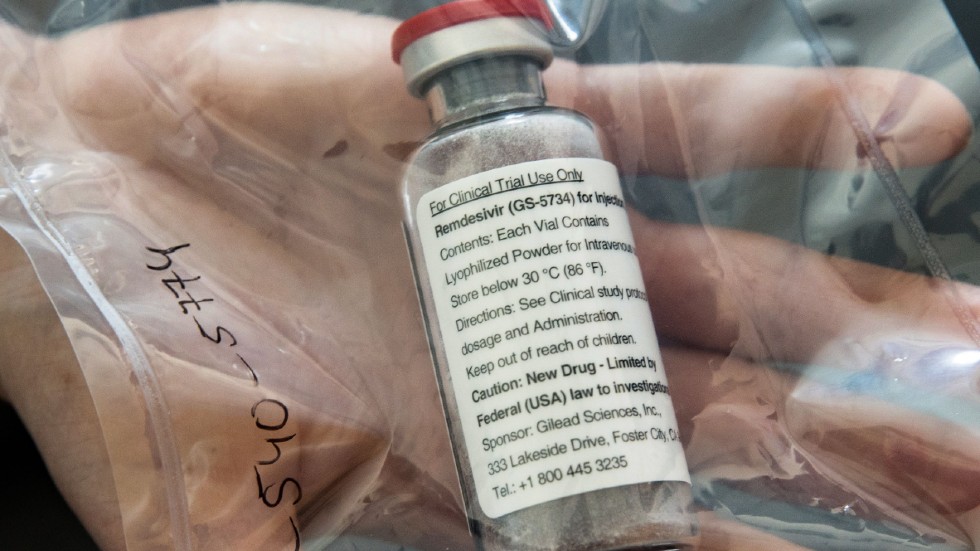 A clinical trial has found that antiviral drug remdesivir reduces serious outcomes and hospitalization in unvaccinated high-risk COVID-19 patients, if administered in the early stages of their infection.

A three-day course of remdesivir cut hospitalization and death rates for COVID-19 by 87 percent.

Remdesivir, an infusion treatment manufactured by Gilead Sciences, was the first treatment ever to be authorized for use against the coronavirus in hospitalized patients.

The new study shows it can be effective on an outpatient basis as well.

A total of 562 patients took part in the study over an eight-month period.The double-blind, randomized, placebo-controlled trial was meant to evaluate the efficacy and safety of a three-day course of remdesivir in high-risk, non-hospitalized patients with COVID-19.

Key caveat: The findings are based on research that predates both delta variant and omicron.

Also unclear is how  well remdesivir would work early on in coronavirus patients who are vaccinated. The study focused on unvaccinated patients, the group most likely to become seriously ill or die if infected.

Remdesivir is an infusion drug, meaning it’s delivered intravenously. That could prove difficult to do outside a hospital, especially since treatment occurs over the course of three days.

Georgia will not be allowed to impose work requirements on Medicaid beneficiaries or charge them premiums, the Biden administration announced Thursday.

In a letter to the state dated Thursday, the Centers for Medicare and Medicaid Services (CMS) said it was withdrawing approval of the work requirement policy and proposal to charge premiums, which was granted in the waning days of the Trump administration.

The agency said the policies would hurt, rather than help, people gain access to coverage, which is especially important during the coronavirus pandemic.

Georgia’s plan, which had not yet taken effect, would cover adults who meet the work requirements and who earn no more than 100 percent of the federal poverty level — about $12,900 a year for an individual.

In order to qualify, Medicaid beneficiaries needed to complete at least 80 hours of work, community service or other qualifying activities per month. Most individuals who earned between 50 percent and 100 percent of the poverty level would also have been required to pay monthly premiums.

No state work requirements have been approved under the current administration, and courts have struck down previous attempts in other states that were approved by the Trump administration. Kemp’s office said they will challenge the administration in court. 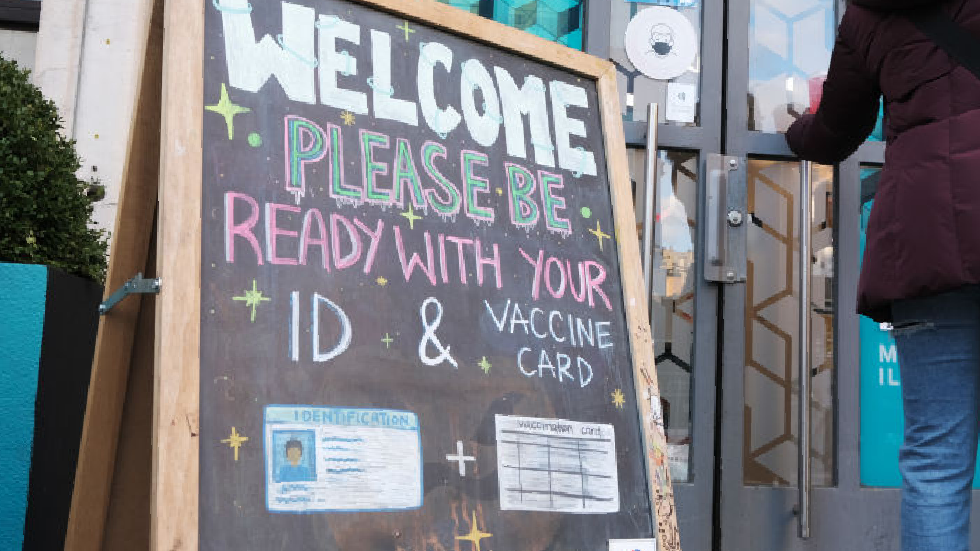 The Supreme Court will hear legal challenges to the Biden administration’s employer vaccine mandates next month, the justices announced Wednesday night, setting a rapid schedule for the cases.

In a pair of orders issued late Wednesday, the court said it would hear oral arguments on Jan. 7 over President Biden‘s vaccine-or-test mandate for large employers and a regulation from the Centers for Medicare and Medicaid Services (CMS) requiring vaccines for health care workers.

In scheduling the accelerated timeline for the cases, the Supreme Court deferred ruling on whether to block the new rules until after hearing the challenges.

Both are set to go into effect in January, and both have been at least partially blocked by lower courts after challenges from GOP-led states and business coalitions.

The Occupational Safety and Health Administration (OSHA) issued a rule last month requiring companies with more than 100 employees to mandate that their workers either receive a COVID-19 vaccine or undergo regular testing and take other measures to combat the spread of the virus.

The CMS rule requires health care workers in facilities that receive federal funding– so most of the country— to be vaccinated.

“Especially as the US faces the highly transmissible Omicron variant, it is critical to protect workers with vaccination requirements and testing protocols that are urgently needed,” White House press secretary Jen Psaki said in a statement.

Former President Trump in an interview with conservative media personality Candace Owens pushed back over her claims undermining the efficacy of COVID-19 vaccines.

In an episode of the Daily Wire show “Candace”  released Wednesday, Trump told Owens that he takes credit for the “incredible speed” of how the vaccines were developed during his time in office and his partnership with private pharmaceutical companies.

“I came up with a vaccine, with three vaccines,” Trump told Owens. “All are very, very good. Came up with three of them in less than nine months. It was supposed to take five to 12 years.”

Trump told Owens he opposes mandates, but touted the benefits of the shot. He called it “one of the greatest achievements of mankind.

Owens tried to say more people died from the virus in 2021 than in 2020 even with the vaccine being administered to the public, taking a shot at President Biden.

“Oh no, the vaccines work, but some people aren’t the ones. The ones who get very sick and go to the hospital are the ones that don’t take the vaccine. But it’s still their choice. And if you take the vaccine, you’re protected,” Trump told Owens.

“Look, the results of the vaccine are very good, and if you do get it, it’s a very minor form,” Trump continued. “People aren’t dying when they take the vaccine.”