If you’re in Mineral Point, Wis., on what would have been Betty White’s 100th birthday, buy a beer in her honor.

Amid a flurry of new moves, some Democrats are putting pressure on President Biden to step up his COVID-19 response in areas like masking and testing.

Dems call on Biden to step up virus response 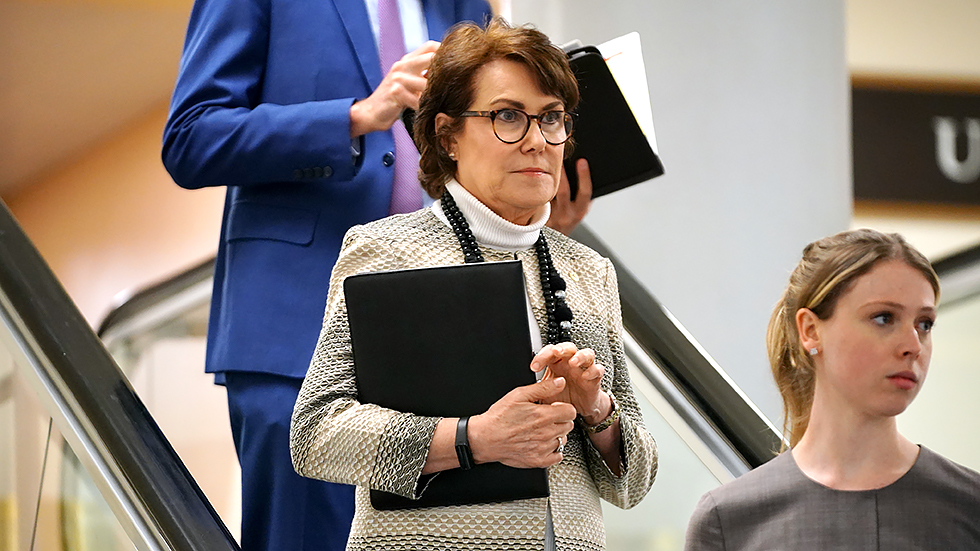 The Biden administration is facing rising pressure from congressional Democrats to ramp up its efforts to fight the COVID-19 pandemic.

The White House last week announced a flurry of moves, including the purchase of an additional 500 million rapid COVID-19 tests, as well as saying a plan is coming this week to make high quality masks available to the public for free.

But some Democrats and health experts are both pushing for more — and questioning why these actions were not taken months ago, before the current surge fueled by the omicron variant took hold.

Jennifer Nuzzo, a senior scholar at the Johns Hopkins Center for Health Security, likewise said that last year “the delta surge should have been the warning shot” to get more tests.

White House view: Asked why the administration did not take more testing actions earlier, White House press secretary Jen Psaki said Thursday that actions on testing have been a “building process” over time.

The White House notes that it previously invested $3 billion to boost rapid testing and that the supply of rapid tests in the U.S. was more than 300 million in December, up from 24 million in August. It also has a new testing coordinator, Tom Inglesby, an expert from Johns Hopkins University.

FAUCI: TOO SOON TO SAY IF OMICRON FINAL WAVE OF PANDEMIC

Anthony Fauci said on Monday that it is too soon to say whether omicron is the final wave of the COVID-19 pandemic.

The White House chief medical adviser, while speaking at the World Economic Forum’s Davos Agenda online conference, said that “it is an open question whether it will be the live virus vaccination that everyone is hoping for,” according to CNBC.

“I would hope that that’s the case. But that would only be the case if we don’t get another variant that eludes the immune response of the prior variant,” he added.

Omicron is the most transmissible variant to appear so far, but seems to cause fewer hospitalizations and deaths than previous mutations of the virus, which has made many question if the pandemic is finally close to an end.

The new variant already accounts for over 94 percent of the cases in the U.S., according to the Centers for Disease Control and Prevention (CDC), which shows how quickly the highly transmissible variant has displaced the previously dominant delta variant.

Fauci’s comments come a week after Europe’s top medical product regulation agency said that the COVID-19 omicron variant may be pushing the pandemic into becoming endemic. 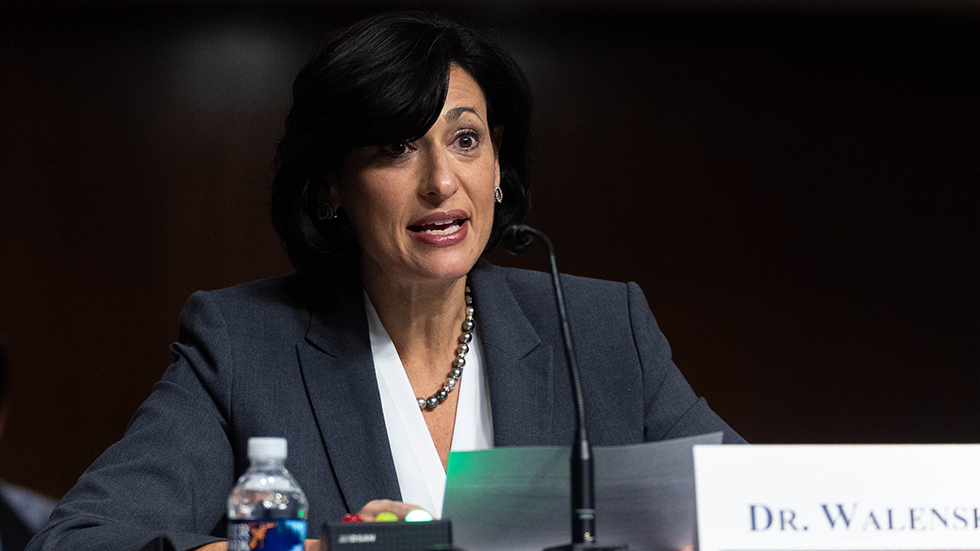 Walensky, who is now one year into her tenure as CDC director, said she should have made it clearer to the public that agency guidelines and recommendations can change quickly depending on the nature of the virus.

“I think what I have not conveyed is the uncertainty in a lot of these situations,” Walensky said in the interview, which was published Monday.

Context: Walensky is under fire for failing to adequately communicate agency guidance. The criticisms, most recently about the agency’s guidelines on isolation and quarantine, are coming from people both outside and inside the agency, reflecting rising frustration during a precarious moment for both Walensky and the CDC.
Isolation confusion: While she vowed to improve communication, Walensky also defended the update to the agency’s isolation and quarantine guidance. Walensky said the science was justified for a rapid change of policy, but admitted much of the research came before the omicron variant took over as the dominant strain.

“We felt the need to take action before we had omicron-specific data,” she told The Journal. 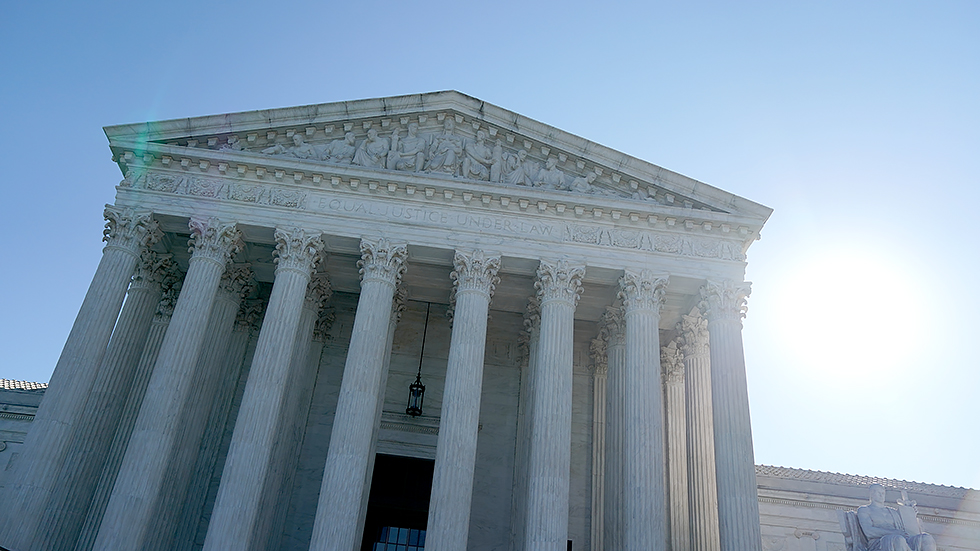 The Supreme Court’s ruling last week against vaccine-or-test rules for businesses dealt a major blow to the Biden administration’s efforts to combat the pandemic, leaving them without many more tools to boost the number of people vaccinated against COVID-19.

Private businesses can decide for themselves whether to impose a mandate, but without the legal cover, it’s unlikely there will be many more doing so, especially in GOP-led states that have made mandates illegal. A federal rule would have preempted state policy, allowing businesses to keep their mandates in place.

Health experts said there’s clear evidence that mandates work in getting more people vaccinated, and they fear that without one for nearly 80 million workers, more people will be at risk of getting hospitalized and dying.
President Biden has indicated he is running out of patience with Americans who refuse to get vaccinated against the coronavirus. Cash giveaways, dating app partnerships and even free college tuition were barely moving the needle, so the rules were necessary to force the issue and make workplaces safer.

But the Supreme Court said the largest stick is unconstitutional, and it’s not clear that the White House has any tools left that officials want to use.

Individuals ages 60 and older who reside in Greece face fines beginning Monday if they are not vaccinated against COVID-19.

Older individuals who are not inoculated will be fined 50 euros, which is equivalent to $57, in January, according to The Associated Press. If they still do not get the shot, they will be fined 100 euros, equal to $114, every month going forward.

The new policy, which was announced in November, comes as Greece’s vaccination rate trails that of the European Union average. Roughly two-thirds of Greece’s 10.7 million person population is fully vaccinated against COVID-19, but the EU has an inoculation rate of slightly more than 70 percent, according to the AP.

Individuals with valid health concerns will be exempt from the new policy, government spokesman Giannis Oikonomou said, according to the AP. This includes people who were recently infected and individuals who experienced delays with their applications for home vaccination.

Oikonomou said, however, that “the law will be fully enforced,” according to the AP.

USAID’s $400 million Global VAX initiative can work, but only if it pays for shots in arms