Supply chain issues are even affecting Girl Scouts, which are having problems filling orders for their newest cookie.

On top of testing moves, there’s now a new White House push to distribute masks as well, with the Biden administration planning to make millions of masks available for free.

400 million N95 masks to be available 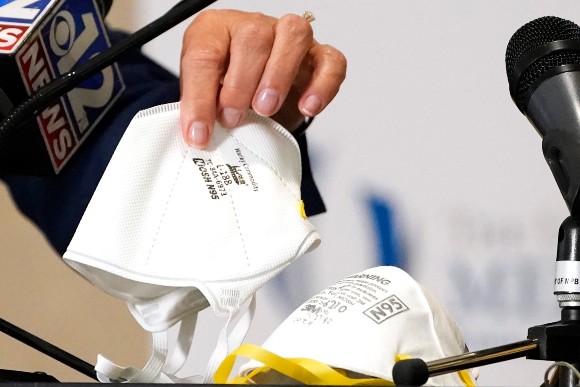 The White House announced Wednesday that it is making 400 million N95 masks available for free, part of a string of actions aimed at fighting the surging omicron variant.

Making high-quality masks more available has been one of the areas where President Biden has been under pressure to step up the response to the virus.

Sen. Bernie Sanders (I-Vt.) and more than 50 Democratic lawmakers introduced a bill last week, for example, to send three N95 masks to every person in the U.S.

Caveat: Similar to action on testing, experts say the Biden administration should have acted months ago to make high quality masks more available, but the new steps are still progress.

The masks are being deployed from the Strategic National Stockpile, which currently has more than 750 million N95 masks, triple the number in January 2021, the White House said.

Why they’re needed: Experts have been stepping up calls for people to use higher quality masks like N95s, which offer much better protection than simple cloth masks, especially in the face of the highly transmissible omicron variant.

Vaccinated Americans with prior COVID-19 infections had the highest protection against hospitalization and reinfection from the delta variant, according to a new study the Centers for Disease Control and Prevention (CDC) released Wednesday.

The study found protection against reinfection and hospitalization grew significantly among both unvaccinated and vaccinated individuals who had previously recovered from COVID-19, in the time period before the delta variant emerged to after it became the dominant strain in the U.S.

The study is likely to further fuel the people who insist natural immunity is just as protective and  who won’t get vaccinated because they’ve been infected with COVID-19 at some point.

Major caveats: While the study period ranged from the time before delta took over to when it was the dominant variant, data ends in November, before omicron took over. The CDC also noted that the analysis did not include information on the severity of initial infection, and does not reflect the risk of severe disease or death from a COVID-19 infection.

CDC conclusion: “We know that vaccination remains the safest strategy for protecting against Covid-19,” said Benjamin Silk, a CDC epidemiologist and one of the authors.

“We respect the court’s ruling and will comply,” Starbucks Chief Operating Officer John Culver wrote in a memo sent to employees on Tuesday, The Associated Press reported.

Culver said in the memo that the Seattle company will continue to strongly encourage its employees to get their vaccines and booster shots, according to the AP.

This reversal comes after Starbucks announced earlier this month that it would enforce a vaccine-or-test mandate for the company’s 220,000 U.S. employees. The original order required workers to be vaccinated by Feb. 9 or undergo weekly testing.

Culver said at the time that the “vaccine is the best option we have, by far, when it comes to staying safe and slowing the spread of COVID-19.”

The Supreme Court last week ruled 6-3 against the Biden administration’s vaccine-or-test mandate for large employers, blocking it from taking effect while other legal challenges play out. 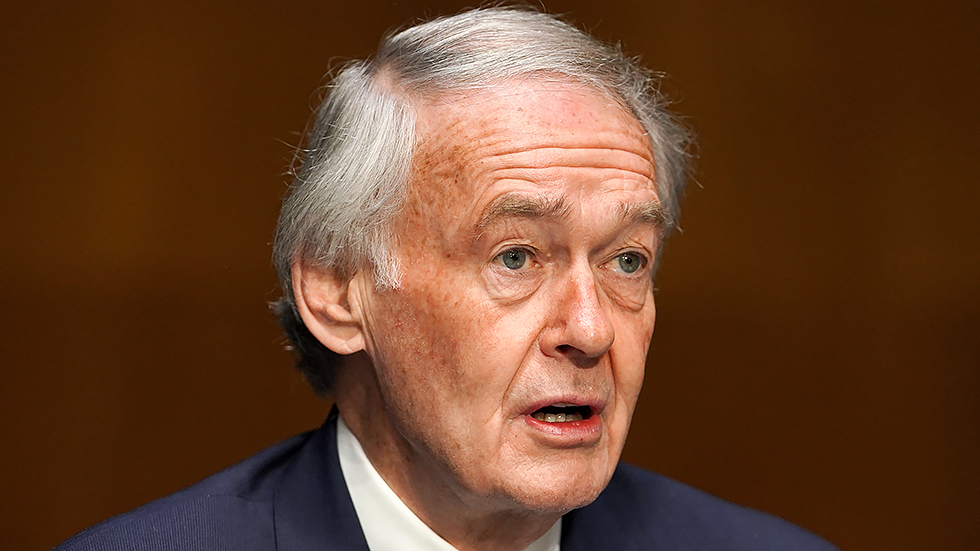 Two Democratic senators are calling on the Federal Trade Commission (FTC) to investigate reports of price-gouging of at-home COVID-19 tests.

“As media reports continue to reveal price gouging and scams related to at-home test kits, we strongly urge the FTC to act as necessary and use its full authority to investigate the situation and hold bad actors accountable without delay,” write Sens. Ed Markey (Mass.) and Richard Blumenthal (Conn.) in a letter to FTC Chair Lina Khan. “No one should be allowed to reap a windfall and fraudulently exploit fear and human suffering.”

The letter comes amid broader concerns about the price and availability of at-home rapid tests, a key tool in fighting the pandemic.

Experts have long lamented that a pack of two tests can cost more than $20 in the U.S., while rapid tests are often free or a few dollars in Europe.

Markey also wrote to leading manufacturers and retailers of COVID-19 tests, calling on them to lower their prices. He said a test can cost as little as $2 to make, but often sells for $12 or more.

He also raised concerns that retailers are marking up the cost of the tests and called for them to be sold at cost.

In a press release on Wednesday, the governor said that “extreme staffing shortages due to a surge in COVID-19 cases” prompted the initiative.

Specifically, the program encourages state workers and National Guard members to volunteer to get licensed as substitute pre-K-12 teachers or as child care workers so they can be available to help with in-person learning and child care.

“Our schools are a critical source of stability for our kids – we know they learn better in the classroom and thrive among their peers,” Lujan Grisham said in a statement.

The governor’s announcement noted that many schools in the state have been forced to move toward remote learning as staff members have either tested positive for the virus or been required to isolate due to exposure.