Pennsylvania lieutenant governor and Senate candidate John Fetterman met President Biden at the scene of a bridge collapse in Pittsburgh today— wearing shorts and a hoodie amid the snow.

Today we’ll look at the first numbers released by the White House on orders for free COVID-19 tests, as well as a poll highlighting the challenges still remaining. 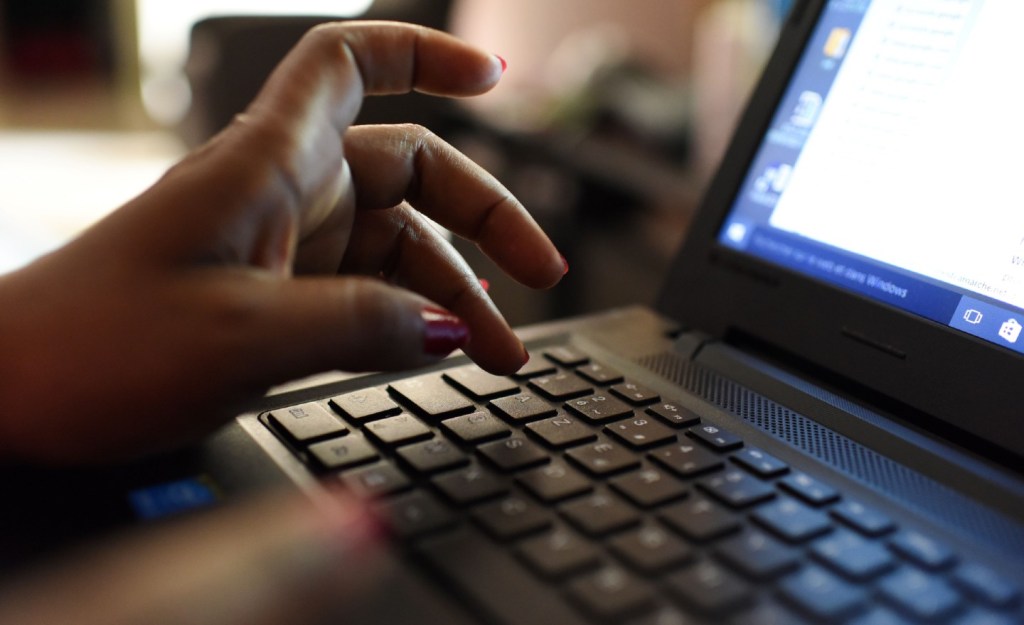 Approximately 60 million U.S. households have ordered free at-home COVID-19 tests provided by the Biden administration since the website used to distribute them launched just over a week ago, the White House said Friday.

White House principal deputy press secretary Karine Jean-Pierre also told reporters Friday that “tens of millions of tests have gone out the door,” without providing an exact figure on the number of households that have already received the tests.

Each household is allotted four free COVID-19 tests from the Biden administration, meaning that 240 million tests have been ordered using COVIDTests.gov or the accompanying phone line the White House has set up. That is nearly a quarter of the tests the White House says it will make available to Americans.

Pressure to improve testing: Under scrutiny, President Biden announced last month that his administration would purchase 500 million COVID-19 tests to ship to Americans free of charge. The announcement came amid a shortage of at-home tests during the holiday season as the U.S. grappled with the rapid spread of the omicron variant.

Biden has since announced that his administration would purchase an additional 500 million tests to distribute to Americans.

Biden himself released a video touting the website and demonstrating how to order on Friday.

A new poll finds that more than 60 percent of U.S. adults who tried to get an at-home COVID-19 test reported difficulty doing so, underscoring problems with testing access.

The survey from the Kaiser Family Foundation found that 62 percent of U.S. adults who tried to get an at-home coronavirus test in the past month had difficulty, compared to 38 percent who found it easy.

The results were better for in-person tests, with 65 percent saying it was easy and 35 percent difficult. But experts have pointed to the value of at-home tests for their ease of use and rapid results, avoiding the need to wait days for a reading.

The poll, which was conducted Jan. 11-23, adds some statistical rigor to anecdotal reports across the country of retailers sold out of at-home tests.

Overall, 23 percent of adults said they tried to get either an in-person or at-home test in the past month and had difficulty, the poll found, with 24 percent trying and not having difficulty, but a majority, 52 percent, not trying at all.

The new website could help, but orders are limited to four tests per residence. 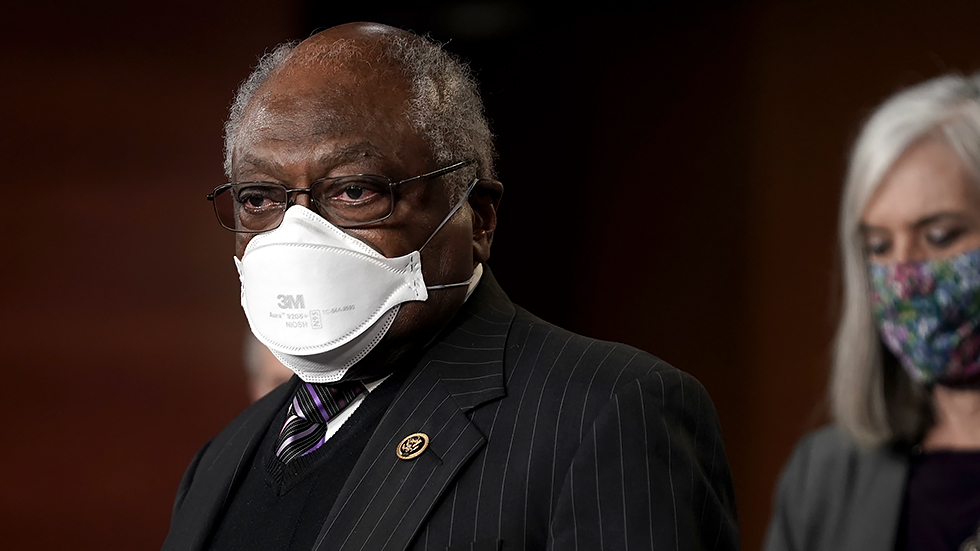 An online company under investigation by a House panel for profiting off COVID-19 misinformation is not cooperating with the probe, according to the panel’s chairman.

According to a letter sent by Rep. James Clyburn (D-S.C.), chairman of the House Select Subcommittee on the Coronavirus Crisis, SpeakWithAnMD.com has failed to provide any documents or information requested and has not responded to any communication from the committee in more than a week.

Flashback: The subcommittee opened an investigation into SpeakWithAnMD.com in October, alleging the company was a “leading purveyor of questionable treatments nationwide” and collected millions of dollars in fees from prescribing disproven and potentially hazardous coronavirus treatments, such as hydroxychloroquine and ivermectin.

Many of the consultations were arranged through referrals from America’s Frontline Doctors, a right-wing group that has promoted misinformation about the virus and is also under congressional investigation.

A large majority of Americans are feeling tired and frustrated by the current state of the coronavirus pandemic, according to a new poll, posing a lingering problem as the Biden administration struggles to turn the page on COVID-19.

A Kaiser Family Foundation survey published Friday found 75 percent of respondents described themselves as tired of the pandemic roughly two years after the first cases were detected domestically, including 74 percent of Democrats, 72 percent of Republicans and 80 percent of independents.

More than 70 percent of each group described feeling frustrated by the state of the pandemic as well.

The fatigue has resulted in a feeling of inevitability about contracting the virus, the poll found, with 77 percent of adults saying most people in the U.S. will eventually get the virus.

Impact on Biden: The survey’s findings come as recent polling has shown President Biden’s approval ratings, and more specifically approval of his handling of the pandemic, have steadily declined as the country grapples with recurring waves of infections and debates over masking and vaccine mandates.

A Pew Research Center poll published earlier this week found Biden’s approval rating on the pandemic had dropped from 65 percent last March to 44 percent this month. 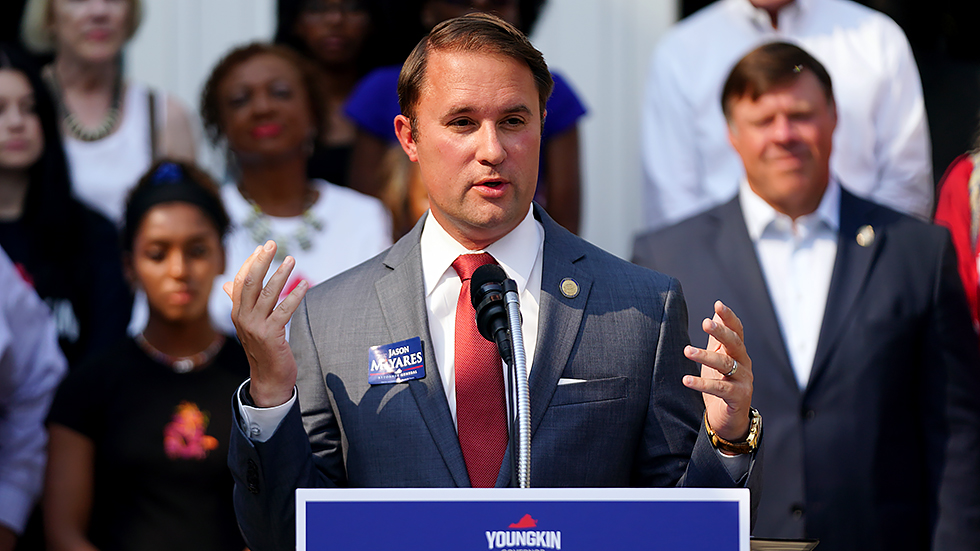 Virginia Attorney General Jason Miyares (R) issued a legal opinion on Friday telling public colleges and universities in the commonwealth that they cannot require students to get the coronavirus vaccine.

“I conclude that, absent specific authority conferred by the General Assembly, public institutions of higher education in Virginia may not require vaccination against COVID-19 as a general condition of students’ enrollment or in-person attendance,” Miyares wrote in a letter to Gov. Glenn Youngkin (R), who had asked for an advisory opinion on the matter.

Miyares argued that because Virginia’s state legislature has not passed legislation mandating the vaccine for students, higher education institutions in the commonwealth do not have the right to mandate them.

The opinion comes as the Youngkin administration has moved quickly to roll back coronavirus restrictions in Virginia that were previously put in place by former Gov. Ralph Northam (D) and his Democratic allies.

Ian Sams, a spokesperson for the federal Department of Health and Human Services, condemned Miyares’s move in a tweet on Friday.

“Some of us are working to fight the virus. Others are fighting what works to stop the virus,” Sams tweeted, referring to Miyares’s opinion.