The latest locality to end mask mandates is the nation’s capital, furthering a trend as omicron cases descend. 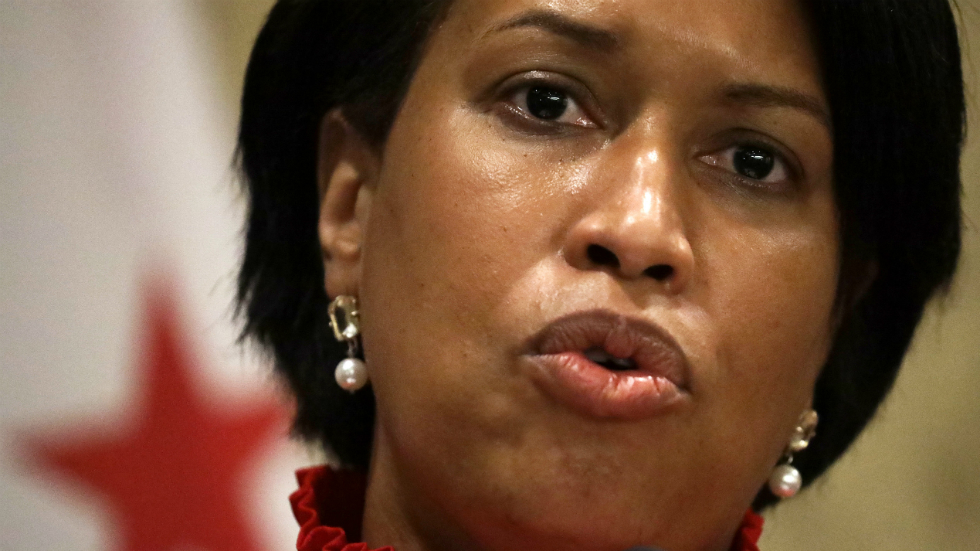 Washington, D.C., Mayor Muriel Bowser (D) announced Monday that the city will end its requirement for people entering businesses to show proof of vaccination starting this week and will lift its mask mandate for businesses starting on March 1.

Bowser cited a sharp decline in cases in the omicron wave as justification for the loosening of restrictions. The mayor pointed to the protection of vaccines in saying the situation had changed.

“COVID is not as deadly as it was,” she said, noting people can now get vaccinated. “Getting vaccinated and boosted, we can’t emphasize enough.”

The vaccination requirement for people entering businesses like restaurants will end on Tuesday, less than a month after taking effect. That requirement had drawn resistance from some congressional Republicans who rallied behind a neighborhood bar, The Big Board, that defied the mandate.

Masks will still be required in schools, an area of strong controversy, and some situations like public transit, Bowser said, while the broader mandate will be lifted next month.

National debate: The move comes amid a national debate over lifting restrictions as the omicron wave descends. Several Democratic governors, in states like New York and New Jersey, have also announced the lifting of mask mandates in recent days.

The Biden administration, despite the moves by local Democratic leaders, has maintained that it is following Centers for Disease Control and Prevention guidance, which recommends that people mask indoors in areas with high amounts of transmission, which is still almost all of the country.

Canada’s Trudeau to use emergency powers 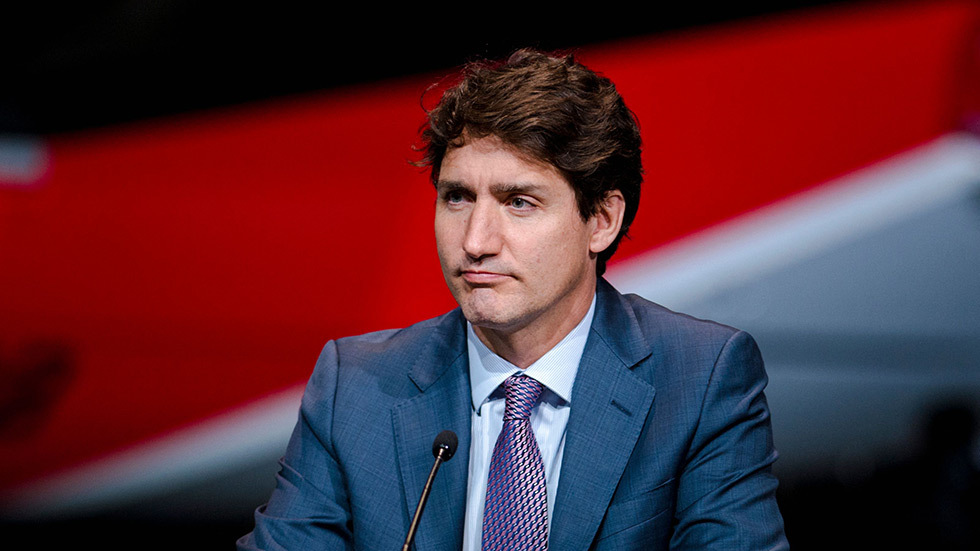 Canadian Prime Minister Justin Trudeau invoked the Emergencies Act for the first time in history on Monday to end the trucker convoy protests and blockades.

“I want to be very clear, the scope of these measures will be time-limited, geographically-targeted, as well as reasonable and proportionate to the threats they are meant to address. The Emergencies Act will be used to strengthen and support law enforcement agencies at all levels across the country,” Trudeau said during a press conference in Ottawa.

“With each illegal blockade, local law enforcement agencies have been acting to keep the peace within their jurisdiction. Despite their best efforts, it is now clear that there are serious challenges to law enforcement’s ability to effectively enforce the law,” Trudeau said.

The “Freedom Convoy” protests began as a show of opposition to COVID-19 vaccine mandates for truckers in Canada but have since grown into a larger protest that includes other anti-vaccine and anti-government groups.

U.S. officials, including Homeland Security Secretary Alejandro Mayorkas and Transportation Secretary Pete Buttigieg, have pressed their Canadian counterparts to use federal powers to bring an end to the blockades, which have disrupted cross-border trade and the auto industry in particular.

Authorities cleared protesters from the Ambassador Bridge in Detroit on Sunday night, allowing operations to resume. But U.S. officials are warning that the protests could now spread out across the U.S., including in Washington, D.C., with some suggesting it could disrupt operations around the nation’s capital leading up to President Biden’s first State of the Union address on March 1.

Will the protests come to the U.S.? The Department of Homeland Security (DHS) last week warned that the protest could coincide with and cause disruptions at the Super Bowl in Los Angeles on Sunday, but those plans appeared to have fizzled.

U.S. officials warned the convoy could begin its trek in Los Angeles and move to Washington by March, which DHS said could disrupt transportation, federal government operations, commercial facilities and emergency services.

The “Freedom Convoy to DC 2022” Facebook page, which has over 25,000 members, has highlighted plans for truckers to arrive in Indio, Calif., on March 4 for a rally “to defeat the unconstitutional mandates” and then “roll out of California.”

Deborah Birx, a former public health adviser to former President Trump who rose to prominence in the early stages of the COVID-19 pandemic, is releasing a memoir this spring that will provide an account of her time inside the Trump White House as the administration’s coronavirus coordinator.

Harper, an imprint of HarperCollins Publishers, announced Monday that it will publish “Silent Invasion: The Untold Story of The Trump Administration, COVID-19, and Preventing the Next Pandemic Before It’s Too Late” on April 26.

Since leaving the Trump administration, Birx has expressed regret for how she handled her role as head of the White House coronavirus task force and has accused former administration officials of censoring her warnings about the severity of the pandemic.

“I wrote ‘Silent Invasion’ to document the full extent of what I witnessed as I tried to save lives during this devastating time,” Birx said in a statement. “In the book, I expose the true cost of mistakes that were made at all levels of the federal government, but I also clarify the things that went right yet remained largely unseen—the insights and innovations that saved American lives in this pandemic and are essential to preparing for the next.” 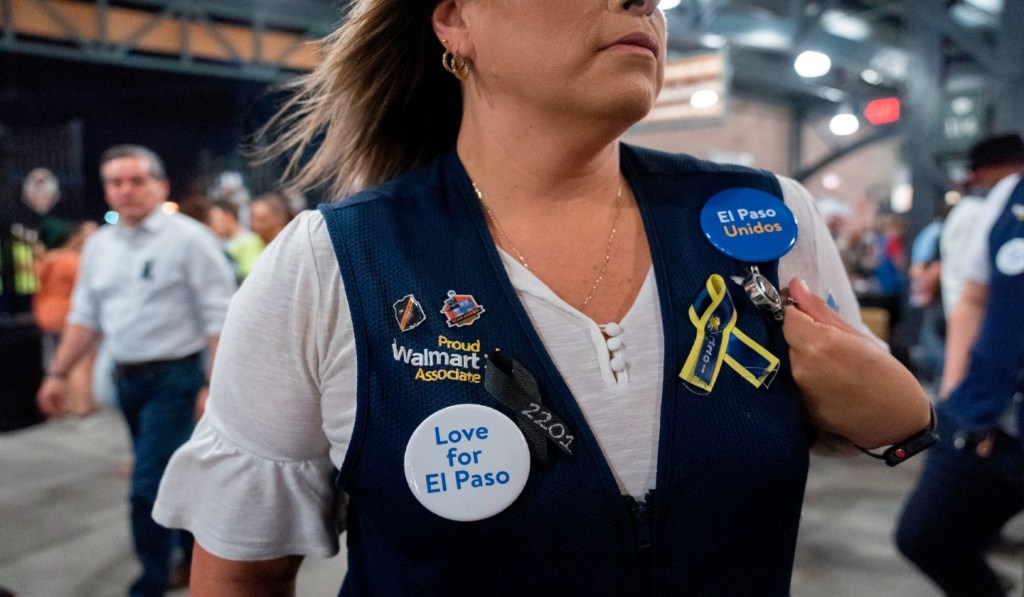 Fully vaccinated Walmart employees will no longer be required to wear masks at work in any Walmart or Sam’s Club facilities, unless face coverings are mandated in their states or localities.

Walmart announced the new guidance in a memo to staff on Friday, according to a copy of the update provided to The Hill.

Employees who have not yet received the jab, however, will still be required to wear masks while in stores and offices. Additionally, associates who work in clinical care environments — such as health clinics and pharmacies — and come into direct contact with patients and customers will have to continue wearing a mask, regardless of their vaccination status.

The retail giant said it decided to nix the mask mandate for vaccinated employees as it continues to examine the state of the pandemic in the country.

The company is also lifting a sick pay policy enacted during the pandemic that provided associates with extra paid time off. The memo to employees said it will end on March 31, except for in areas where such a policy is required by state or local mandates or ordinances.

Additionally, Walmart will phase out its daily health screenings for employees — except those who work in California, New York and Virginia, where they are mandated by the states, according to the memo.

What is behind the ‘truckagedon’ blockades?