Manatees facing starvation on the Florida coast have been fed 25 tons of lettuce so far, with as many as 800 fed in a day.

The CDC could act soon on loosening mask mandates, as many states push ahead already. 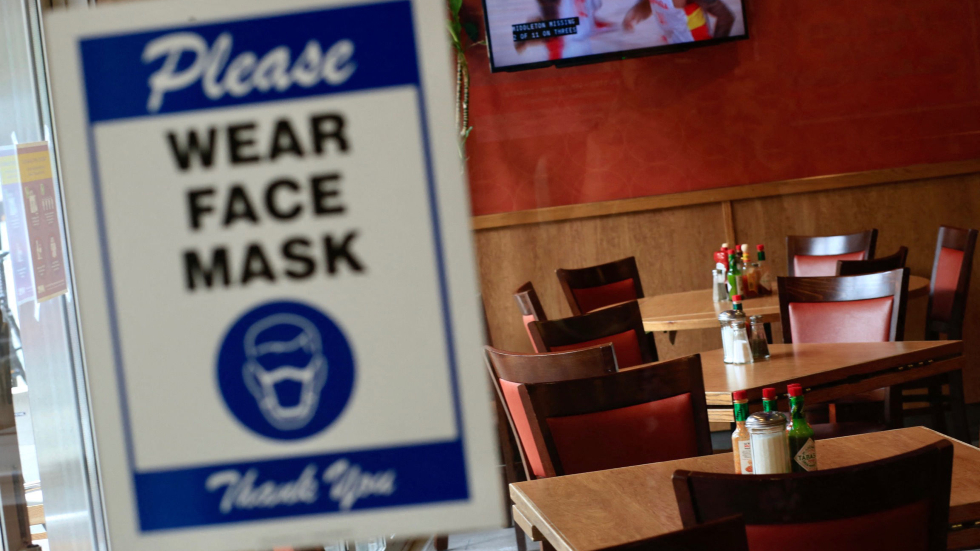 The Centers for Disease Control and Prevention (CDC) is planning to update a range of guidance in the coming weeks, including on masks, to focus on hospitalizations rather than just infection numbers alone, agency director Rochelle Walensky said Wednesday.

“We recognize the importance of not just cases … but critically, medically severe disease that leads to hospitalizations. We must consider hospital capacity as an additional important barometer,” Walensky said during a White House briefing.

Key message: The focus on hospitalizations is a signal the administration is shifting its messaging about the spread of the virus, and looking to give the public some positive news. The move would make it easier to justify lifting COVID-19 mitigation measures like mask and vaccine mandates.

“We want to give people a break from things like mask-wearing when these metrics are better, and then have the ability to reach for them again should things worsen,” Walensky said.

According to the current CDC metric, which is based on case counts, 97 percent of counties in the country are experiencing high transmission.

But mayors and governors across the country, especially in blue states like California and New York, have begun rolling back mask and vaccine requirements for businesses and schools.

Walensky didn’t commit to a timeline during the briefing, but the moves by states are putting pressure on the Biden administration.

The desire to move on from the current emergency was best illustrated by White House coronavirus response coordinator Jeff Zients: “We’re moving toward a time when covid isn’t a crisis but is something we can protect against and treat,” he said.

But even as the CDC indicates a change in federal guidance is coming, most Democratic voters say that it is too soon for states to end mandatory masking requirements, according to a Politico-Morning Consult poll released Wednesday.

The poll comes as a number of Democratic leaders have begun to lift mask mandates in their areas.

Of respondents who identified as Democrats, 68 percent said they think “it is too early for states to rescind mask mandates,” while 17 percent said that now is the right time to make the move.

Republican respondents’ most likely response, at 28 percent, was that states never should have had mask mandates at all, followed by 25 percent who believe the mask mandates should have already been lifted. Twenty-two percent said that now is the right time for them to be lifted, and 20 percent said they think that it is too soon to lift the mandates.

The poll showing the wide split between the two parties comes as a number of Democratic leaders have made moves to loosen restrictions. 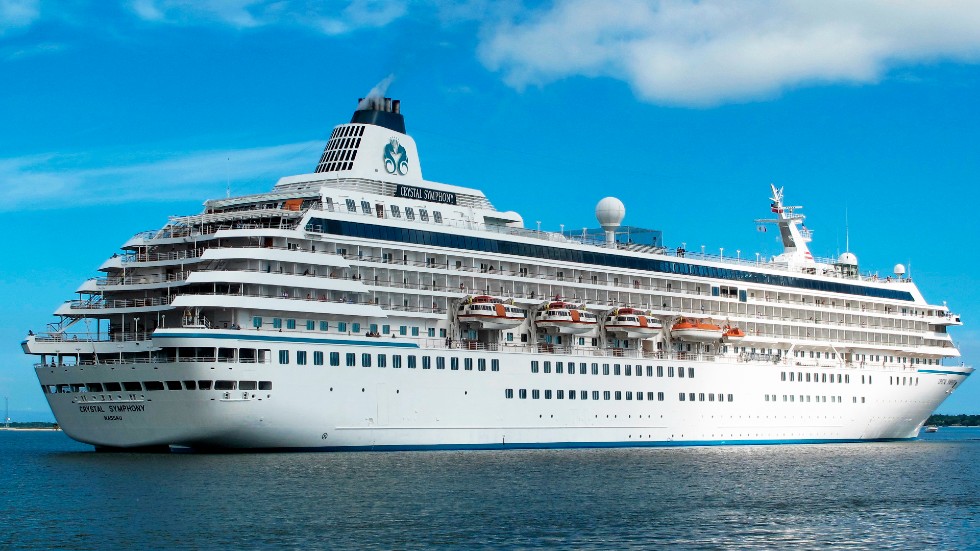 The Centers for Disease Control and Prevention (CDC) has lowered the travel advisory for cruise ships, indicating the agency thinks conditions have slightly improved from late last year.

The agency on Tuesday lowered its official travel health advisory from “very high” to “high,” recommending that people should be up to date on their COVID-19 vaccines. That means having both a primary shot and a booster, if eligible.

The agency since Dec. 30 had recommended people avoid cruises completely.

CDC does not require cruise passengers to wear masks, and some cruise lines, like Norwegian and Royal Caribbean, have begun rolling back their own mask rules.

BioNTech announced on Wednesday that it plans to create manufacturing facilities in Africa in order to bolster the company’s ability to provide more essential medicines, including the COVID-19 vaccine.

“Today’s milestone brings us one step closer to our goal of improving healthcare by making our innovations accessible worldwide,” BioNTech CEO Ugur Sahin said in the company’s statement on Wednesday.

Pending approval from local regulators, BioNTech will aim to begin producing up to 50 million doses of the COVID-19 mRNA vaccine that it made with Pfizer within the year in Africa.

The first shipment of materials necessary to make the company’s vaccine will be sent to either Senegal or Rwanda. The company produced 1.2 billion doses in Marburg, Germany, last year, according to The Associated Press.

But the company has garnered criticism, especially from advocates of vaccine equity in poorer countries, for refusing to suspend vaccine patents and allow more competitors to manufacture the vaccine, the AP reported.

The company has cited the difficulty of making mRNA vaccines, saying that local partnerships are BioNTech’s preferred way to maintain the consistency and quality of their vaccines globally, according to the wire service. 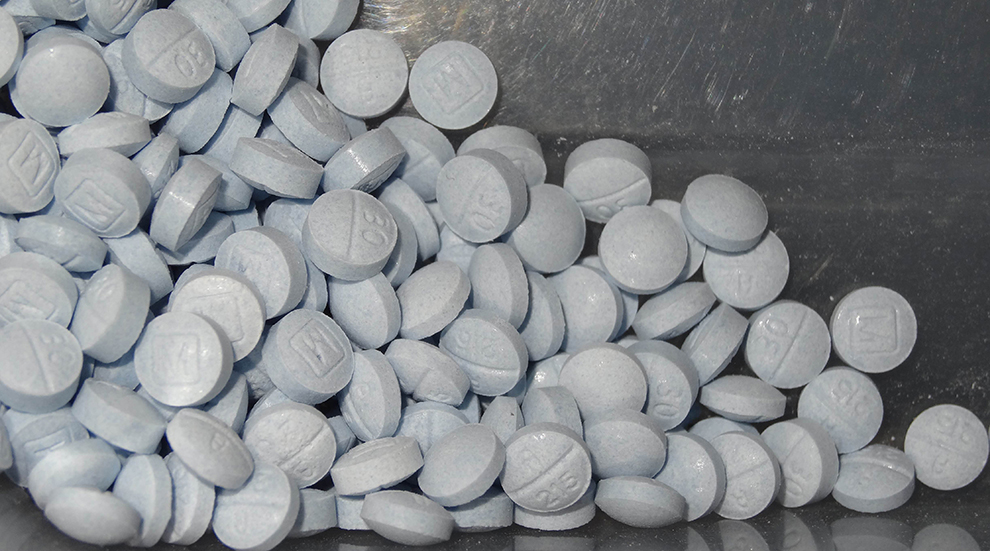 A group of Senate Democrats is urging the Department of Justice to open an investigation into whether members of the Sackler family personally engaged in criminal conduct in connection with Purdue Pharma’s role in the opioid epidemic.

In a letter led by Sen. Richard Blumenthal (D-Conn.), the Democrats have asked Attorney General Merrick Garland to consider possible criminal charges for Sackler family members on top of the department’s previously resolved civil and criminal investigations into Purdue.

Flashback: Just two weeks before Election Day 2020, the Justice Department under former President Trump announced an $8 billion settlement with Purdue Pharma to resolve a federal probe of its marketing practices for opioids, though the company had already declared bankruptcy and was only required to pay the government $225 million.

The Sacklers owned Purdue, which manufactured the powerful opioid OxyContin. The drug is widely seen as one of the spurs of an opioid epidemic that has killed more than 500,000 people in the United States.

No charges were brought against members of the family, though Purdue pleaded guilty to three felonies for its sale and marketing of OxyContin. The senators noted that as part of the settlement, DOJ reserved the right to bring criminal charges against individuals.

“To that end, we write to encourage the Department to review the information in its possession and investigate whether members of the Sackler family engaged in criminal conduct in connection with Purdue’s admitted criminal wrongdoing, before any relevant statutes of limitations expire,” the senators wrote.

OPEDS IN THE HILL