Since the season finale of Euphoria was last night, send us your hot takes if you have them. One of our health care writers didn’t care for the five-minute acoustic performance in the middle.

The picture for vaccines for kids was muddied further by a new study. 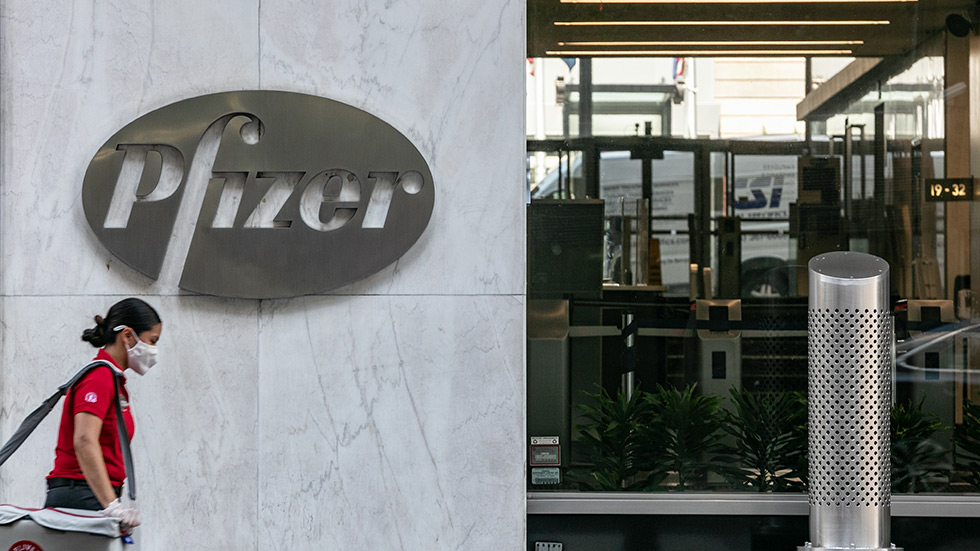 The Pfizer coronavirus vaccine is significantly less effective in children aged 5 to 11 than it is in older kids, a new study found, raising questions about the correct dose to give to the young.

The study from researchers at the New York State Department of Health found that vaccine effectiveness against COVID-19 infection among children 5 to 11 declined from 68 percent to just 12 percent over the period of Dec. 13 to Jan. 30.

Effectiveness was higher for those aged 12 to 17, declining from 66 percent to 51 percent over the same period.

Possible reason: Children under 12 receive a dose that is one-third the size given to those 12 and up, which could explain the drop in effectiveness.

The study notes that effectiveness for children aged 5 to 11 was better against severe disease and that vaccination is still recommended.

The vaccine’s effectiveness against hospitalization among children 5 to 11 declined from 100 percent to 48 percent, compared with 85 percent to 73 percent for older children.

Big picture: The results highlight the challenges that vaccines for children have faced. Pfizer earlier this month delayed the timeline for its vaccine for children under 5, saying more time was needed to test a third dose.

The dose being tested in children under 5 is even smaller. 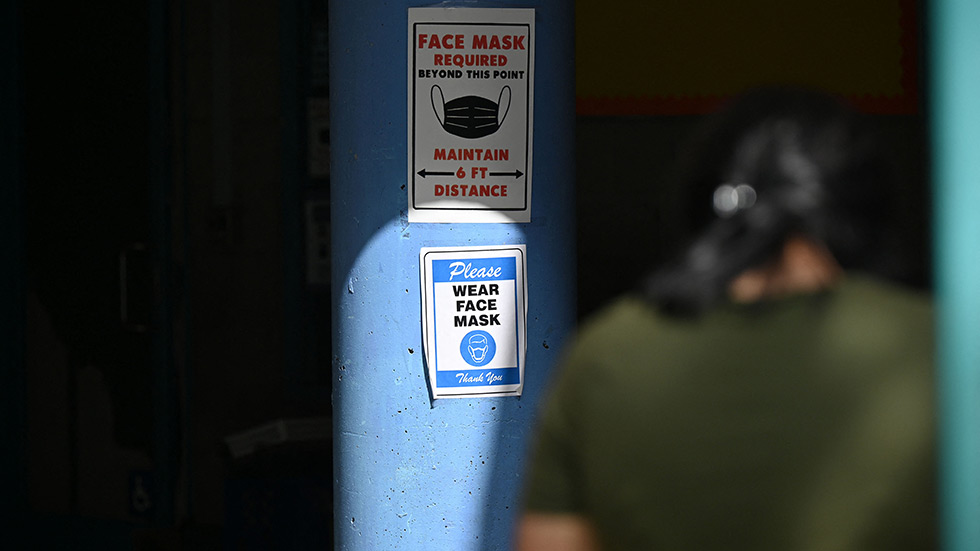 California, Washington and Oregon will end their school mask mandates after March 11, the states’ three governors jointly announced on Monday.

The announcement from three Democratic governors adds to a flurry of moves to lift mask mandates in schools and other mandates that remained for the broader public.

“We’ve continued to monitor data from our state Department of Health, and have determined we are able to adjust the timing of our statewide mask requirement,” Washington Gov. Jay Inslee (D) said in a statement.

“While this represents another step forward for Washingtonians, we must still be mindful that many within our communities remain vulnerable. Many businesses and families will continue choosing to wear masks, because we’ve learned how effective they are at keeping one another safe.”

The moves come after the Centers for Disease Control and Prevention on Friday issued long-awaited guidance saying that masks were no longer recommended for about 70 percent of the country where the COVID-19 risk is relatively low, including in schools.

Republicans in particular have attacked school mask mandates, and the issue has been increasingly controversial.

A MESSAGE FROM ALEXION 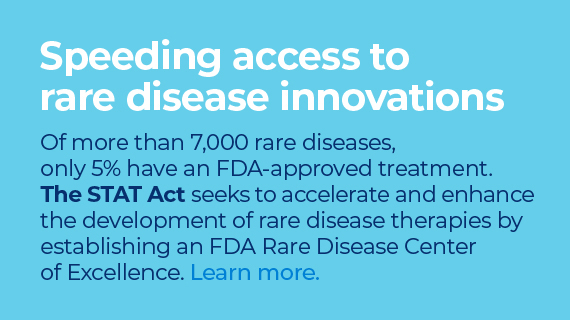 Alzheimer’s disease is currently the sixth leading cause of death in the United States. While recent data indicate nearly six million Americans currently live with the disease, some estimates suggest that number could triple by 2060, causing yearly treatment costs in the hundreds of billions of dollars. What innovations show the most promise for early detection and treatment for this disease that takes a crushing toll on patients, their loved ones and caregivers? Former NIH director Elias Zerhouni, Alzheimer’s Association’s Maria Carrillo and more join The Hill’s Steve Clemons. RSVP today.

The White House is ending a mask requirement for employees who have been fully vaccinated against COVID-19, a White House spokesman confirmed to The Hill.

The decision came three days after the Centers for Disease Control and Prevention (CDC) significantly eased its recommendations for mask use. Under the new guidelines, over 70 percent of Americans are in an area of “low” or “medium” risk for COVID-19 transmission and do not need to wear masks. This includes Washington, D.C., where an indoor mask mandate expires on Tuesday.

Prior to the announcement, the Biden administration had been under pressure from governors and some in the public health community to release updated mask guidance, as coronavirus cases fell and the omicron wave subsided.

A number of governors, both Republican and Democratic, have moved to end mask mandates for businesses or other gathering spaces, like schools, in recent weeks as COVID-19 cases have declined.

Two biotech companies filed a lawsuit against Moderna on Monday, alleging that the vaccine manufacturer had infringed on patented technology when it developed its COVID-19 vaccine.

Arbutus Biopharma and Genevant Sciences allege in their civil lawsuit that Moderna was able to quickly develop a coronavirus vaccine thanks to “breakthrough technology Arbutus had already created and patented,” namely the lipid nanoparticle delivery system that is used in the shot.

“Moderna was well aware of Arbutus’s LNP patents and licensed them for other product programs, but it chose not to do so for its COVID-19 vaccine. Instead, it attempted to invalidate several of the patents before the United States Patent and Trademark Office, and when those efforts largely failed, Moderna simply used the patented technology without paying for it or even asking for a license,” the complaint read. 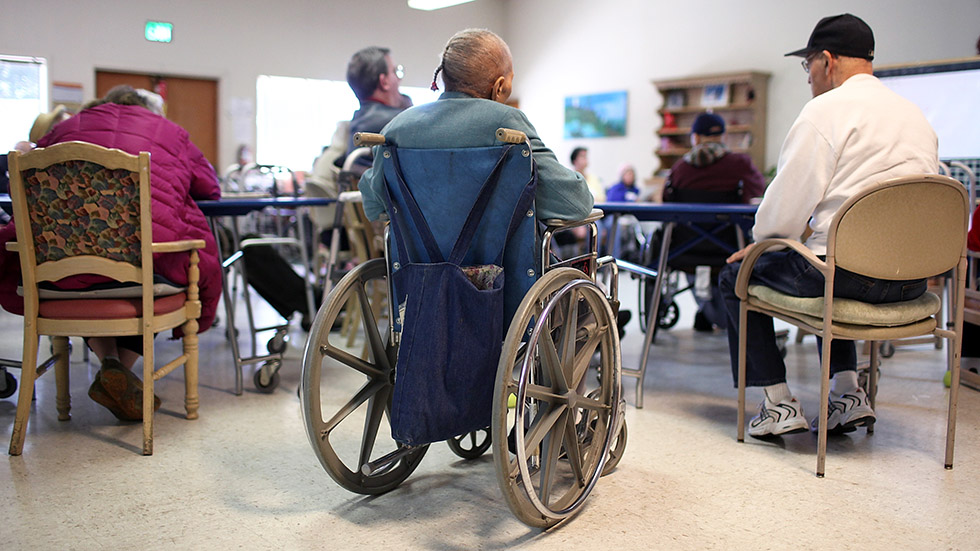 The Biden administration on Monday announced a round of new measures for nursing homes aimed at ensuring adequate care for seniors.

Citing how the pandemic “highlighted the tragic impact of substandard conditions at nursing homes,” the White House announced it would be issuing new requirements through the Department of Health & Human Services (HHS) to improve the “quality and safety” of nursing homes.

Through the Centers for Medicare & Medicaid Services (CMS), the administration will be proposing new minimum standards of care to be unveiled within the next year following a study to determine the level of care and staffing that is needed.

Along with these new measures, the administration will also be enhancing the government’s abilities to inspect nursing homes and issue penalties against those that are found to be unsafe. President Biden called for limits on financial penalties against poor-performing facilities to be raised from $21,000 to $1,000,000.

A MESSAGE FROM ALEXION 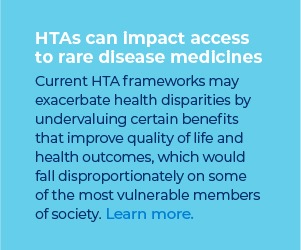 That’s it for today, thanks for reading. Check out The Hill’s health care page for the latest news and coverage. See you Tuesday.{mosads}

Senate battle may come down to final four: Nevada, Georgia, Pennsylvania and Wisconsin