FYI: You can now order another set of four COVID-19 tests on covidtests.gov, even if you already ordered some.

Florida set off a firestorm after officials said they would recommend against vaccination for health children.

Florida to advise against coronavirus vaccine for healthy children 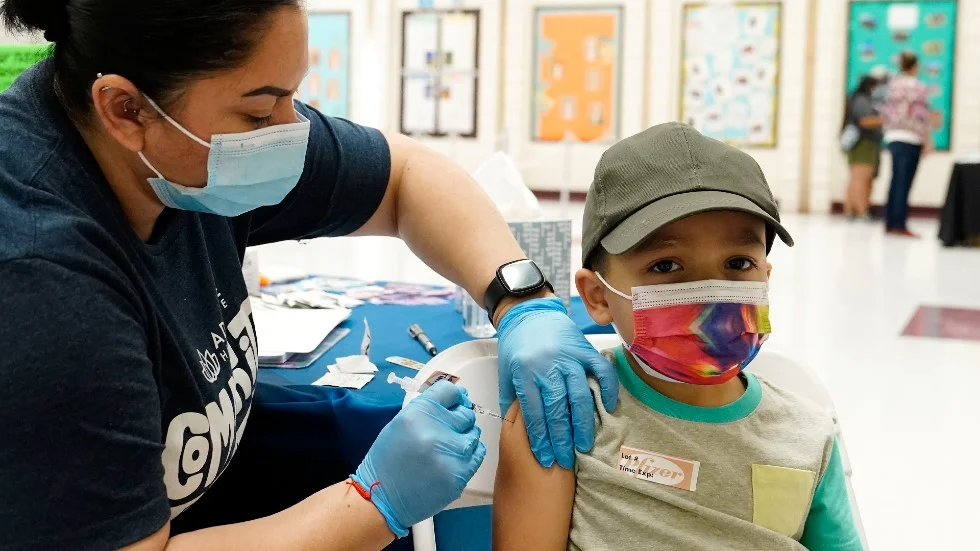 The Florida COVID wars are taking a new turn.

Florida’s Department of Health will recommend against coronavirus vaccination for “healthy children,” the state’s surgeon general said Monday, contradicting the guidance from the Centers for Disease Control and Prevention (CDC) and other experts.

Florida “is going to be the first state to officially recommend against the COVID-19 vaccines for healthy children,” state surgeon general Joseph Ladapo said at the end of a roundtable discussion on the virus response.

Ladapo did not provide details such as who would qualify as a healthy child, or go into the reasoning for his decision.

The move is an escalation in the divide of Florida’s pandemic response under Gov. Ron DeSantis (R) from that of national experts.

From the experts: The CDC recommends that everyone aged 5 and older get the coronavirus vaccine. Existing vaccines are not yet approved for those younger than 5.

While COVID-19 is generally worse in older age groups, the CDC noted that as of mid-October 2021, there were “more than 8,300 COVID-19 related hospitalizations and nearly 100 deaths from COVID-19″ among children 5-11, and the coronavirus is one of the top 10 causes of death in that age group.

Getting the vaccine helps prevent children from getting seriously ill with the virus if they do contract it and also protects people of other ages in the surrounding community, the CDC noted.

“Before recommending COVID-19 vaccination for children, scientists conducted clinical trials with thousands of children and no serious safety concerns were identified,” the CDC adds.

The American Academy of Pediatrics also recommends that children get vaccinated.

“Absolutely not,” Psaki said when asked if the Florida recommendation was a good policy. “Let me just note that we know the science. We know the data and what works and what the most effective steps are in protecting people of a range of ages from hospitalization and even death. The FDA [Food and Drug Administration] and CDC have already weighed in on the safety and efficacy of COVID-19 vaccines for those 5 and older.”

“We also know through the data that unvaccinated teenagers are three times as likely to be hospitalized if they get COVID than vaccinated teenagers,” Psaki continued. “So it’s deeply disturbing that there are politicians peddling conspiracy theories out there and casting doubt on vaccinations when it is our best tool against the virus and the best tool to prevent even teenagers from being hospitalized.”

Long-running disputes: Psaki has previously criticized DeSantis for his rejection of ventilators from the federal government, his embrace of antibody therapies that have not proved to be effective against the omicron variant and his opposition to masking children while in school. 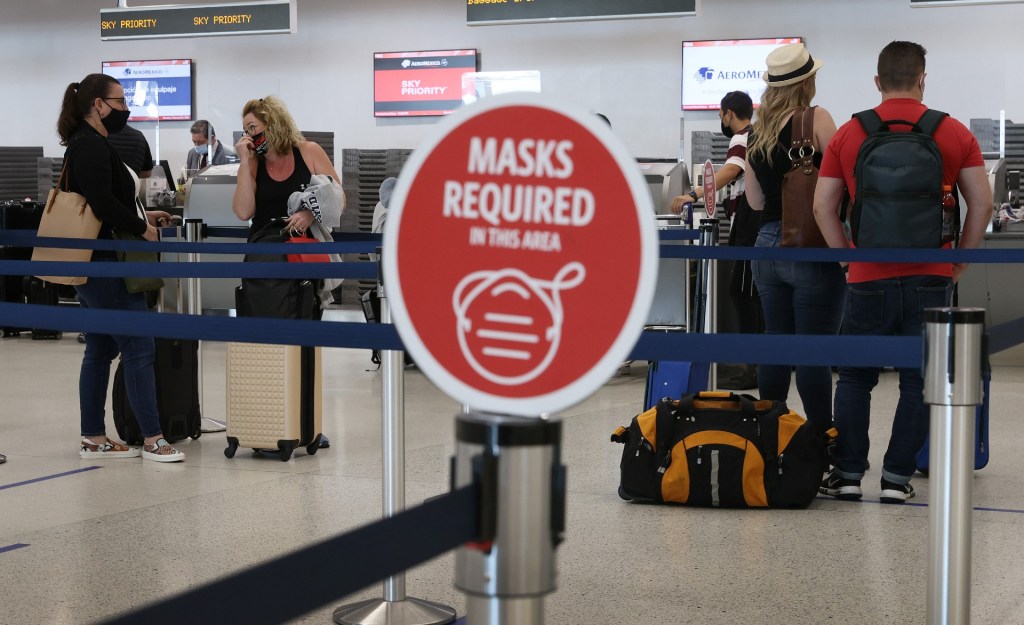 A group of 53 authors — some of whom served on President Biden‘s coronavirus task force before he entered the White House — have released a roadmap for the “next normal,” arguing for further action as the country prepares to live with COVID-19.

In their report released Monday, the authors acknowledged the sense of fatigue that many people are now experiencing as the pandemic stretches into its third year.

“Americans are beyond tired of waking up to uncertainty about what the future holds thanks to a COVID pandemic that feels never-ending,” said Ezekiel Emanuel, vice provost for global initiatives at the University of Pennsylvania, who coordinated the report.

“As the threat of Omicron fades and Americans are looking for direction, it’s time the country maps out a way forward so that people can start to live their lives in a next normal,” he added.

The authors also called on the federal government to support the production of at-home tests, develop standards to improve indoor air quality and support the development of new therapeutics. They also voiced support for a test-to-treat approach to treatment, which Biden announced during his State of the Union address last week.

According to the authors, the next phase of living with COVID-19 has the potential to be an “improvement over life before the virus emerged,” with a better work-life balance developing due to the rising prevalence of teleworking; the reimagining of education systems; and the development of more effective vaccines and therapeutics.

A new Gallup poll shows that concerns about the pandemic have fallen, with just over a third of respondents saying they are now worried about contracting COVID-19.

Americans questioned in the survey released Monday are more optimistic about the state of the pandemic than they have been since June, before the pandemic’s delta and omicron variants contributed to a significant uptick in infections, according to the survey giant.

For example, just 34 percent of people said they are worried about contracting COVID-19, compared to 50 percent in January.

The latest results, however, are still quite far from the 89 percent of people who said the pandemic was improving in June.

Contracting the coronavirus may result in damage to brain tissue and cognitive decline, according to a new study released on Monday.

Researchers from the University of Oxford looked into brain changes in 785 participants, who each received two brain scans, in the long-term UK Biobank study. Among the participants, 401 contracted the coronavirus between the two scans, giving researchers an opportunity to see changes between the first and second scans.

Their findings: Researchers observed a reduction in grey matter thickness in both the orbitofrontal cortex, the part of the brain believed to be associated with decision-making, as well as the parahippocampal gyrus, which plays a part in the brain’s emotional and behavioral responses.

The participants in this study were aged between 51 and 81.

Greater markers of tissue damage were also observed in the primary olfactory cortex, which is a part of the brain that receives information from smells. A common symptom of COVID-19 is a loss of taste or smell that can last long after a person has recovered from their infection.

The participants who contracted the virus were observed to have experienced a larger reduction in global brain size and were also found to have a greater average cognitive decline. Participants who tested positive for COVID-19 were found to take longer to complete a cognitive test, indicating a worsening of executive function.

Flu season intensifies with 6M infected in US: CDC

Progressives cool on finding an alternative to Biden