Welcome to Overnight Health Care, Thursday edition, where everyone is captivated by the immigration debate in Washington.

Follow The Hill’s live blog on the immigration drama in Congress. The quick skinny: A hardline immigration bill failed in the House; meanwhile, House GOP leadership postponed a vote on a compromise bill.

Also, the controversy over Trump’s policy of separating children from families caught crossing the border illegally isn’t over yet. Trump signed an executive order Wednesday stopping the practice, but there are worries about the potential long-term health impacts for children who have already been separated.

On Thursday, Democrats and medical professionals called for children separated from their families at the border to be immediately reunited to minimize any long-term harm to their mental and physical health.

“The executive order President Trump signed yesterday does not resolve this crisis that he created,” said Democratic Whip Steny Hoyer (Md.) at a press conference with representatives of health groups.

Why it matters: Trump’s executive order mandates that families crossing the border be detained together, but does not address the 2,300 children who have already been separated from their families. Health groups say the children need to be reunited with their families ASAP to minimize any impacts to their mental and physical health.

Key quote: “These children have been needlessly traumatized and must be reunited with their parents or other family members as quickly as possible,” said Arthur Evans, CEO of the American Psychological Association. 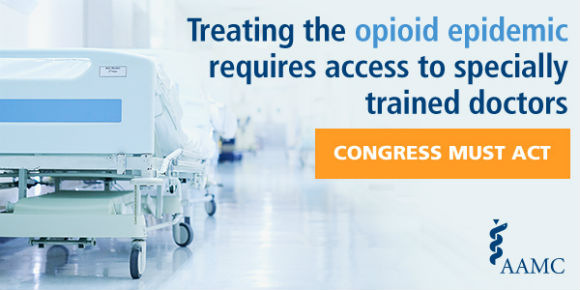 The top Democrat on the House Energy and Commerce Committee wants the government’s watchdog to audit efforts by HHS and DHS to reunite children separated from their families.

Key quote: “To bring accountability and ensure these children are properly accounted for and ultimately reunited with their families, Congress needs an immediate assessment of the systems or processes by which ORR [HHS’s Office of Refugee Resettlement] and DHS are tracking each minor in their care, as well as their respective parents or guardians from whom they were separated,” Rep. Frank Pallone Jr. (D-N.J.) wrote in a letter to the Government Accountability Office sent Thursday.

The White House on Thursday released a sweeping plan to reorganize the federal government, but its main proposals face a chilly reception in Congress.

The catch: Most of the proposals would require action from Congress.

Dems panned the proposals: “Democrats and Republicans in Congress have rejected President Trump’s proposals to drastically gut investments in education, health care, and workers — and he should expect the same result for this latest attempt to make government work worse for the people it serves,” said Sen. Patty Murray (D-Wash.), the top Democrat on the Senate Health, Education, Labor, and Pensions Committee.

They’re calling for greater transparency and federal oversight of the market for a drug that helps more than 7 million Americans.

Three companies — Eli Lilly, Sanofi and Novo Nordisk — control 99 percent of the world’s insulin, and advocates have been asking them to explain their pricing. According to the American Diabetes Association, the average price of insulin nearly tripled between 2002 and 2013.
Case in point: The price for a vial of one the most popular insulin brands, Humalog, increased from $21 in 1996, to $35 in 2001, to $234 in 2015, to $275 in 2017.  There are no generic forms of insulin on the market, but there are some cheaper “biosimilar” versions.

One of the country’s largest insurers, Cigna, aims to reduce drug overdoses by 25 percent in key areas.

Where the effort will be focused: Connecticut, Maryland, New Jersey and Virginia — as well as the metropolitan areas of Chicago, New York, Philadelphia and Washington, D.C.

How it works: Cigna plans to use predictive analytics to identify customers who are at the highest risk for an opioid overdose and develop partnerships in those areas to help combat the opioid epidemic, Dr. Doug Nemecek, the company’s chief medical officer for behavioral health, told The Hill.

When the insurer identifies a person at risk of an overdose, the company’s licensed clinicians reach out. Then, they can provide education on overdose risk factors, perform assessments on their health, identify any risks for mental health and substance use disorders that might require additional care, make referrals and more.

Abrams pushing health care as a key issue in her campaign for Georgia governor (Georgiahealthnews.com)

With so much trauma, let’s make mental health America’s No. 1 issue