And it sends in motion a slew of hearings as administration officials head to Capitol Hill to defend the proposal. Up this week: Health and Human Services Secretary Alex Azar who will testify before three committees in defense of Trump’s budget.

What’s in the budget on health care?

Here are the key points…

Remember: The proposal shows the administration’s priorities, but that’s about it. It’s up to the divided Congress to decide what to fund and at how much. Lawmakers are unlikely to agree to slashing popular programs and agencies like the NIH.

“It is disheartening to see a budget that would dismantle so many programs that people rely on every day. It would be a cold day in hell before I helped pass a budget like this.”

Shelby says he will “carefully review the President’s proposal as we work to draft and pass spending bills for FY2020.” 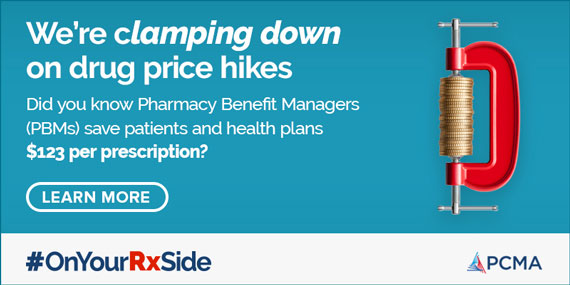 Get ready for budget hearings!

HHS Secretary Alex Azar will be in front of no less than three different congressional committees this week testifying on the budget.

Besides questions on the budget itself, you can be sure he will be asked about some other hot topics in health care. Here are some to watch:

Treatment of migrant children at the border. This has been one of the most controversial things that HHS is involved in, and some Democrats are likely to use the hearings to press for answers here.

“Sabotage” of the ACA. Democrats are still trying to highlight administration actions like cutting outreach funding for the law. Expect Azar to push back and argue the administration is not in fact sabotaging the law.

Medicaid changes. Medicaid sometimes flies under the radar, but moves like imposing work requirements in the program are some of the most consequential changes the administration has made. Democrats could ask about future actions like trying to impose block grants without congressional approval.

Drug prices. This is one area where the parties might be able to find some common ground. Lawmakers could try to get Azar and the administration’s support for various drug pricing proposals.

Azar will testify on the HHS 2020 budget request before the House Energy & Commerce Committee on Tuesday at 12 p.m.

Azar will also testify on the budget request before the House Appropriations Committee on Wednesday at 2p.m. and before the Senate Finance Committee on Thursday at 10:15 a.m.

Look out for a big drug pricing hearing this week:

The House Energy and Commerce health subcommittee will hold Congress’s first legislative hearing on drug pricing this year on Wednesday.

The branded drug company lobby, PhRMA, has said it wants a “modified” version of the Creates Act, a bipartisan proposal to ease the introduction of cheaper generic drugs.

Chip Davis, CEO of the Association for Accessible Medicines, which represents generic drug companies, sat down with reporters on Monday. He said he does not want a “diluted or weaker” version of the bill but that his group is willing to “continue to engage with anybody committed to solving this.”

Sen. Chuck Grassley (R-Iowa), a main sponsor of the measure, pushed back on making modifications to the bill last week, though.

The House Oversight and Government Reform Subcommittee on Economic and Consumer Policy will examine the public health risks of carcinogens in consumer products on Tuesday at 10 a.m.

Over 2,000 migrants reportedly quarantined in US detention centers amid mumps outbreaks: Reuters reported Sunday that a total of 2,287 migrants in U.S. detention facilities were quarantined around the country, citing an unnamed Immigration and Customs Enforcement (ICE) official. There were more than 50,000 migrants in government detention as of last Wednesday, according to ICE figures.

ICE officials have been notified of 236 confirmed or likely cases of mumps among detainees in 51 facilities over the past 12 months. That number is an increase from zero cases of mumps between January 2016 and February 2018.

What’s missing from the conversation about late abortions, explained by a doctor (Vox.com)

Utah lawmakers look for drug cost solutions as one warns: ‘People are going without their medicines and bad things are happening’

Missouri is No. 1 for drop in child enrollment in public health (St. Louis Post-Dispatch)

From The Hill’s op-ed page

by Peter Sullivan, Joseph Choi and Nathaniel Weixel 4 days ago
Overnight Healthcare  /  4 days ago
See All