The White House is scrapping a key drug price rule, while on Capitol Hill, the Senate Finance Committee could be close to action drug pricing. And an appeals court denied a push to halt President Trump’s abortion “gag rule.”

We’ll start with the latest on drug pricing…

In a surprise move Thursday morning, the Trump administration withdrew a rule to eliminate drug rebates.

The rebate plan was a centerpiece of the administration’s 2018 drug pricing blueprint and had been touted by Health and Human Services Secretary Alex Azar as one of the best ways to bring drug costs down.

According to HHS, the proposal would have lowered prescription drug prices and out-of-pocket costs by encouraging manufacturers to pass discounts directly on to patients at the point of sale. HHS said prescription drug rebates amount to 26 to 30 percent of a drug’s list price on average.

Drug pricing 101: Generally, a drug company pays a rebate so a pharmacy benefit manager — the third-party administrators of prescription drug programs — will make its product the only one of its kind on the list approved for reimbursement, or so that the co-pay for its product is less than the co-pay of competing products.

The Pharmaceutical Care Management Association, which represents PBMs, did not quite completely declare victory, but said high drug prices were not because of rebates.

“There is still a problem of affordability for consumers that must be addressed, and PBMs look forward to working with policymakers to advance solutions,” PCMA President and CEO JC Scott said in a statement.

“Only drug manufacturers have the power to set drug prices. We believe that the key to lowering drug costs is to enact policies that encourage greater competition.”

Losers: Drug companies, which supported the rule, making it one of the rare actions related to drug prices that drug companies supported.

Back story: The proposal had split the administration, with Azar championing it as a way to simplify the system and remove incentives for drug prices to remain high, but other White House officials pushed back, worrying about estimates that showed it could increase Medicare spending by almost $200 billion and raise premiums.

Juul enticed kids with sweet flavors like mango, crème and mint, then hooked them with a strong nicotine hit. Last year, teen e-cigarette use spiked 78%. It’s an epidemic. Learn more.

“While the final details are still being negotiated, we’re on track to report a bill out of committee very soon,” Grassley said in a statement.

The problem: Several GOP senators are concerned that the agreement is coming too close to price controls on drugs, which Republicans traditionally oppose.

There is still a question of how many GOP senators Grassley is willing to lose. But the statement Thursday indicates he is eager to push forward.

The sticking point: A provision pushed by the top Democrat on the panel, Sen. Ron Wyden (Ore.) that would require drug companies to pay money back to Medicare’s prescription drug program, called Part D, if their prices rise faster than inflation, effectively putting a restraint on price increases in Medicare.

A win for the Trump administration: A federal appeals court on Thursday ruled that officials can proceed with their overhaul of the Title X family planning program, setting aside demands to halt a recent decision allowing the administration to enforce a “gag rule” for abortion referrals.

The 9th U.S. Circuit Court of Appeals ruled against emergency petitions that sought to block the rule from taking effect while the changes are being challenged in court.

That means the administration can enforce the rules, which block abortion providers like Planned Parenthood from the Title X program and bans providers from referring women for abortions.

A three-judge panel of the appeals court last month set aside injunctions issued by lower courts that blocked the rules from taking effect.

What’s next: The court said Thursday it would “proceed expeditiously” to rehear the case.

Reps. Frank Pallone Jr. (D-N.J.), chairman of the House Energy and Commerce Committee, and Diana DeGette (D-Colo.), chair of the panel’s Oversight subcommittee, sent a letter to the Department of Health and Human Services, asking for a list of any incidents of alleged abuse by Customs and Border Protection officers that were been reported to HHS care providers.

According to the lawmakers, the investigation comes after reports dozens of unaccompanied children held at a Border Patrol facility in Yuma, Ariz., suffered alleged sexual and physical abuse at the hands of CBP officers.

DeGette and Pallone want to know how many incidents were reported to HHS, and what the agency did about it

“HHS is given care and custody of unaccompanied children because it has child welfare expertise and it can provide a safe and appropriate environment for children,” the lawmakers wrote. “Proper reporting of significant incidents that occur both inside and outside of ORR [Office of Refugee Resettlement] care play a crucial role in protecting unaccompanied children.” 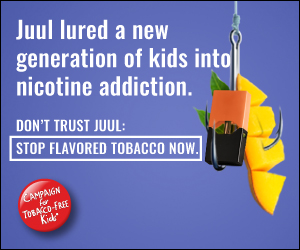 Republicans have no plan if ObamaCare is struck down. Some don’t think it’s even possible. (HuffPost)

by Peter Sullivan, Nathaniel Weixel and Joseph Choi 4 days ago
Overnight Healthcare  /  4 days ago
See All