Two House committees unveiled their own versions of legislation to stop surprise billing. Meanwhile, in the latest on the coronavirus outbreak, U.S. health officials are still waiting on China to accept their help, and the State Department plans to spend up to $100 million to help countries combat the virus.

We’ll start with the news on surprise billing…

Both the House Ways and Means Committee and House Education and Labor Committee released their proposals.

Battle lines: The Federation of American Hospitals endorsed the Ways and Means bill, which is friendlier to hospitals worried about payment cuts in the other approaches.

Rep. Donna Shalala (D-Fla.), a former secretary of Health and Human Services, said Friday she plans to vote against the bipartisan Education and Labor measure to protect patients from surprise medical bills unless it is changed. She instead supports the Ways and Means bill. 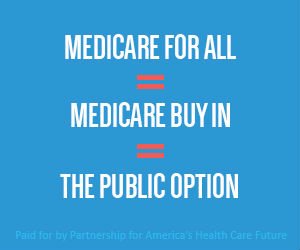 U.S. health officials are still waiting on China to accept their offer to send experts from the Centers for Disease Control and Prevention (CDC) to help with the coronavirus outbreak.

“At this point, it’s really a decision for the Chinese,” Health and Human Services Secretary Alex Azar told reporters Friday. “We have made the request now for almost a month, saying we are ready, willing, and able” to support the Chinese government with their response to the coronavirus.

Azar said HHS provided the World Health Organization (WHO) with the names of 13 individuals from U.S. agencies such as the CDC, the National Institutes of Health and HHS’s Biomedical Advanced Research and Development Authority. Those people are among the 25 members of the multinational WHO team.

“We continue to expect fully that President Xi will accept that team that the WHO has put together,” Azar said.

At the same time, the U.S. will be spending up to $100 million to help the WHO, China, and other countries “contain and combat” the coronavirus, according to Deputy Secretary of State Steve Biegun.

Facebook is renewing its pledge to combat “vaccine misinformation” after the death of a young child from the flu.

According to NBC News, the 4-year-old died after his mother followed advice given to her by the members of one of Facebook’s largest anti-vaccine groups.

In a statement to NBC, Facebook said it is “working hard” to reduce vaccine misinformation “everywhere on the platform, including in private groups.”

But the child’s death shows the limits of Facebook’s efforts. The company has been reluctant to ban anti-vaccine groups altogether, and instead has implemented policies meant to better promote credible content.

In March, Facebook announced it was taking steps to limit the circulation of anti-vaccine content on its platform. Under the plan, Facebook will no longer promote anti-vaccine groups and pages in search results, and will not surface them in users’ newsfeeds.

‘We need everyone for this’: U.S. hospitals harnessing resources to brace for any spike in coronavirus cases (Stat)

Massachusetts to end health insurance program it once called a cost-saver. The reason: Costs are too high (Boston Globe)

by Peter Sullivan, Nathaniel Weixel and Joseph Choi 3 days ago
Overnight Healthcare  /  3 days ago
See All