Welcome to Monday’s Overnight Health Care. The 9th Circuit Court of Appeals sided with the Trump administration in a major case involving federal family planning funds. Also, the White House is expected to request emergency funding to respond to the coronavirus.

White House to request emergency coronavirus funds, but unclear how much

One sign that the Trump administration is starting to ramp up its coronavirus response further: They are going to ask Congress for emergency funding. But there’s one big question mark: it’s just unclear how much they will seek.

“We need some funding here to make sure that we protect all Americans,” White House spokesman Hogan Gidley said on Fox News on Monday.

He declined, however, to specify how much funding would be requested.

“I don’t have an announcement on the specific amount yet, but we need to combat this, we need to make sure our people are safe and the president is always going to take action to do that,” Gidley said.

Maybe more than $1 billion: Some news outlets reported the administration would ask for approximately $1 billion, which some experts doubted would be enough funding.

But an administration official pushed back on that figure Monday, saying it is not accurate but adding that a final number has not yet been determined.

Adriane Casalotti, an official at the National Association of County and City Health Officials, called for at least $3.1 billion, not including funding for vaccine research.

Coming tomorrow: Senators will receive a closed-door briefing from administration officials on the virus. Secretary of Health and Human Services Alex Azar is also sure to be asked about it at a House Appropriations Committee hearing at 10:30 a.m. EST. 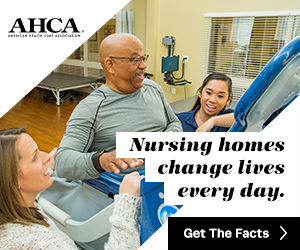 President Trump “called to assure me that this plan will not move forward,” Alabama Gov. Kay Ivey (R) tweeted on Sunday. “We always want to help our fellow Americans, but this wasn’t fully vetted.”

Alabama officials pushed back over the weekend on the proposal to house some American passengers with coronavirus in Anniston, Ala., after they were evacuated from the Diamond Princess cruise ship that was previously under quarantine in Japan.

Alabama lawmakers had objected strongly to the idea, which Ivey said she heard about on Friday.

“Sensing the urgency, I quickly informed the offices of Senators Richard Shelby (R) and Doug Jones (D) and Congressman Mike Rogers (R), as well as Dr. Scott Harris with the Alabama Department of Public Health,” she said in a statement reported by local outlets.

By Sunday, Shelby had spoken directly to President Trump.

“I just got off the phone with the President. He told me that his administration will not be sending any victims of the Coronavirus from the Diamond Princess cruise ship to Anniston, Alabama. Thank you, @POTUS, for working with us to ensure the safety of all Alabamians,” the senator tweeted.

More on the virus

Iranian lawmaker claims coronavirus has killed 50 in city of Qom

5 dead from coronavirus in Italy, 200 infected

Coronavirus outbreak could cause shortages of 150 drugs: report

And in some non-coronavirus news…

A federal appeals court sided with the Trump administration on Monday in declining to block a rule that restricts what federally funded family planning providers can tell patients about abortion.

The U.S. 9th Circuit Court of Appeals ruled that the plaintiffs in the case, including several states, Planned Parenthood and Essential Access Health, would not succeed because the rule is a “reasonable interpretation” of the law.

With four judges dissenting, the court let stand its earlier decision to overturn injunctions on the rule issued by lower courts.

Judge Sandra S. Ikuta, a George W. Bush appointee, cited the Supreme Court’s ruling in favor of similar rules that were issued by the Reagan administration in 1988.

“In light of Supreme Court approval of the 1988 regulations and our broad deference to agencies’ interpretations of the statutes they are charged with implementing, plaintiffs’ legal challenges to the 2019 rule fail,” she wrote.

What’s next: The plaintiffs in the case indicated they will continue pushing for a reinstatement of the injunctions, which could eventually mean an appeal to the Supreme Court. The rule has been in effect since last year, but no court has issued a ruling yet on the merits.

Purdue Pharma launched an ad campaign Monday notifying people how to file claims against the OxyContin maker as part of the company’s bankruptcy settlement.

The Associated Press reported that the ad campaign and new website are part of a proposed settlement that could be worth $10 billion. The website allows people who believe they were harmed by improper opioid prescriptions to quickly file claims against Purdue.

Ads directing people to the website are expected to run on TV, radio and online and are targeted to reach 95 percent of U.S. adults, according to the AP.

Join The Hill on Wednesday, February 26th in downtown Washington, D.C. as we host a conversation about expanding access to treatment and helping those battling opioid addiction begin the journey toward long-term recovery. We will be speaking with Nora Volkow, director of the National Institute on Drug Abuse, Rep. David Joyce (R-Ohio) and Rep. Paul Tonko (D-N.Y.). RSVP today!

After 40 years, the Alzheimer’s Association sees signs of progress against a devastating disease. Is it real? (Stat News)

Support for nursing is good for the nation’s health

What coronavirus teaches us for preventing the next bio threat

by Peter Sullivan, Nathaniel Weixel and Joseph Choi 5 days ago
Overnight Healthcare  /  5 days ago
See All