Welcome to Hillicon Valley, The Hill’s newsletter detailing all you need to know about the tech and cyber news from Capitol Hill to Silicon Valley. If you don’t already, be sure to sign up for our newsletter with this LINK.

COURT UPHOLDS MOST OF NET NEUTRALITY REPEAL: A federal appeals court on Tuesday delivered a mixed ruling for net neutrality supporters and opponents alike, allowing the Federal Communications Commission’s (FCC) 2017 repeal to stand but striking down a key provision blocking states from implementing their own open internet rules.

The D.C. Circuit Court of Appeals also send the repeal order back to the FCC, ordering the agency to revise it to take into consideration other issues, like the effect that it will have on public safety, broadband subsidies and the regulation of cable pole attachments.

What it means for the FCC and industry: The repeal, which went into effect last year, was a major victory for the industry, but despite their win in court on Tuesday, they now face the possibility of having to navigate a slew of differing state laws governing internet providers’ handling of web traffic.

{mosads}Still, FCC Chairman Ajit Pai, a Republican who engineered the repeal, declared Tuesday’s ruling a win for his agency.

“Today’s decision is a victory for consumers, broadband deployment, and the free and open Internet,” Pai said in a statement.

“The court affirmed the FCC’s decision to repeal 1930s utility-style regulation of the Internet imposed by the prior Administration,” he added. “The court also upheld our robust transparency rule so that consumers can be fully informed about their online options.”

Net neutrality advocates aren’t backing down: “Our fight to preserve net neutrality as a fundamental digital right is far from over,” Amy Keating, the chief legal officer for Mozilla, said in a statement. “We are encouraged to see the Court free states to enact net neutrality rules that protect consumers. We are considering our next steps in the litigation around the FCC’s 2018 Order, and are grateful to be a part of a broad community pressing for net neutrality protections in courts, states and in Congress.”

Inside the ruling: The three-judge panel on the D.C. Circuit Court of Appeals said on Tuesday that they had found the challengers’ arguments to be largely unpersuasive.

However, the judges delivered a blow to the FCC by ruling it had exceeded its legal authority by seeking to block states from passing their own net neutrality rules, as many did over the past year and a half in a nationwide backlash to the FCC’s repeal.

A senior FCC official said on a call with reporters Tuesday that the agency had not decided whether it would appeal the preemption portion of the decision.

Read more on the decision here. 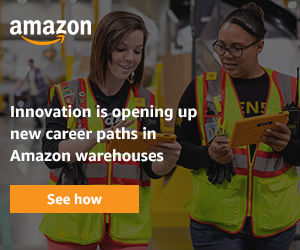 A LEAK AT FACEBOOK: During an internal meeting at Facebook this summer, CEO Mark Zuckerberg vowed to “fight” any efforts to break up his company, according to audio leaked by The Verge.

When an employee asked Zuckerberg about the rise of presidential candidates like Sen. Elizabeth Warren (D-Mass.), who has proposed breaking up Big Tech, the tech executive said he was not afraid of a “legal challenge,” according to a transcript of the leaked audio.

“And does that still suck for us?” he added. “Yeah. I mean, I don’t want to have a major lawsuit against our own government. … But look, at the end of the day, if someone’s going to try to threaten something that existential, you go to the mat and you fight.”

In the two hours of leaked audio from a pair of employee meetings obtained by The Verge, Zuckerberg also spoke candidly about the complications around Facebook’s new digital currency, Libra, as well as why he believes it’s important for the company to work with the U.S. government to put in place some regulations.

“I at least believe, I think, there are real issues,” Zuckerberg said, according to the transcript. “I don’t think that the antitrust remedies are going to solve them. But I understand that if we don’t help address those issues and help put in place a regulatory framework where people feel like there’s real accountability, and the government can govern our sector, then yeah, people are just going to keep on getting angrier and angrier.”

Zuckerberg made the comments as Facebook has been working with congressional offices to develop a federal privacy law, but those efforts have stalled over the past several months.

Timing: The leaked audio was recorded more than a month before Zuckerberg visited lawmakers on Capitol Hill in August, his first visit to the nation’s capital since he testified in a pair of confrontational public hearings in 2018. During the visit, Zuckerberg declined to answer questions from reporters but met privately with a number of his top critics in Congress.

The audio offers some insight into what Zuckerberg has been telling critics and fellow Facebook executives behind closed doors.

WARREN TAKES THE BAIT: Sen. Elizabeth Warren (D-Mass.) fired back at Mark Zuckerberg on Tuesday after the Facebook chief executive expressed anxiety that his company would face a legal challenge if she is elected president in 2020.

“What would really ‘suck’ is if we don’t fix a corrupt system that lets giant companies like Facebook engage in illegal anticompetitive practices, stomp on consumer privacy rights, and repeatedly fumble their responsibility to protect our democracy,” Warren tweeted, referencing Zuckerberg’s remark that a legal challenge would “suck for us” even if the social media giant prevailed.

“I’m not afraid to hold Big Tech companies like Facebook, Google, and Amazon accountable. It’s time to #BreakUpBigTech,” Warren said in a follow-up tweet, linking to her presidential campaign’s proposal to break up major tech platforms.

NEWS ON ‘NEWSWORTHINESS’: The Democratic National Committee (DNC) is accusing Facebook of allowing President Trump to “mislead the American people” without facing any consequences.

DNC CEO Seema Nanda made the allegations in a Tuesday interview with CNN just a week after the tech giant announced that it would not remove posts or advertisements from politicians if they happen to violate the company’s community rules, claiming those posts are protected because they are “newsworthy.”

“We know that Trump has an utter disregard for the truth,” she said.

“Social media platforms have a responsibility to protect our democracy and counter disinformation online. This is a serious missed opportunity by Facebook,” Nanda added.

Trump has frequently used platforms such as Facebook and Twitter to lash out at political opponents and promote his administration’s talking points. The Trump campaign has also spent almost $20 million on Facebook ads since May 2018.

Many of the advertisements surfaced on the platform have inaccurately accused Democrats of trying to repeal the Second Amendment or warned of an “invasion” at the southern border. More than 2,000 ads warning of an invasion were posted between January and May, according to a review of Facebook’s ad archives by The Hill.

The decision on Tuesday came in response to a disagreement between German company Planet49 and a German consumer group.

The dispute was over the firm’s use of an already-marked checkbox to gain consent for cookie storage with its online games.

Judges ruled that a box that a user “must deselect to refuse his or her consent” is not sufficient to meet EU requirements for consent of cookie storage. They also determined that users must be told how long cookies will be stored and whether they can be accessed by third parties.

Read more on the decision here.

HEARING AHEAD: Amazon, Google and Facebook will reportedly be invited to Capitol Hill for questioning by lawmakers on whether the tech giants hurt the competitive landscape for small businesses.

“Chairwoman Velázquez believes that small businesses deserve to compete on a level playing field and hopes the hearing will be an opportunity for the committee to examine how small businesses are faring given the dominance of big tech companies in areas ranging from e-commerce to internet traffic,” her spokeswoman, Evelyn Quartz, told the news outlet.

Quartz confirmed the Bloomberg report in a statement to The Hill, noting that invites have not been sent to the tech companies, but that they have been notified of the committee’s intention to hold a hearing.

WE’LL SOON BE DROWNING IN DRONES: UPS announced Tuesday that the Federal Aviation Administration (FAA) granted the company clearance to operate a fleet of nationwide delivery drones, according to The Associated Press.

The decision is a major win for companies like UPS who have been trying for years to make drone deliveries feasible.

The clearance allows UPS to have an unlimited number of drones in its fleet and for the drones to fly at night. It also allows UPS to transport packages over 55 pounds by drone. Scott Price, UPS chief strategy officer, though, says the technology for heavy package deliveries is still being finished, the AP reports.

But hold on: Work still remains to be done, however, before customers can expect to see packages arrive via drone.

At the moment, drone deliveries will only occur on campuses such as universities and hospitals because the FAA hasn’t passed regulations that would make commercial drone flying legal over populated areas. Plus, each flight will need its own pilot, meaning for the time being, UPS won’t be able to assign one pilot to manage multiple flights. The drone must also stay within the line of sight of the pilot.

See how an Amazon area manager works to connect cultures inside and outside the company’s warehouses.

AN OP-ED TO CHEW ON: NASA’s Bridenstine gives SpaceX a reality check.

Inside pioneer: May the best Silicon Valley hustler win. (Wired)