Welcome to Hillicon Valley, The Hill’s newsletter detailing all you need to know about the tech and cyber news from Capitol Hill to Silicon Valley. If you don’t already, be sure to sign up for our newsletter by clicking HERE.

STORY OF THE DAY: Amazon came out victorious at the end of a two day vote counting session in the election to unionize the e-commerce giant’s facility in Bessemer, Ala. The closely watched election ended up breaking fairly heavily in Amazon’s favor:

CHALLENGES ARE EXPECTED: RWDSU President Stuart Applebaum said during a press conference after voting wrapped that it “was not a fair fight in any way.”

Michael Foster, a RWDSU member who was key in the Bessemer unionization drive, said that Amazon had succeeded in misleading workers at the plants but that the fight was not over.

“I don’t know how to do nothing but fight,” he told reporters. 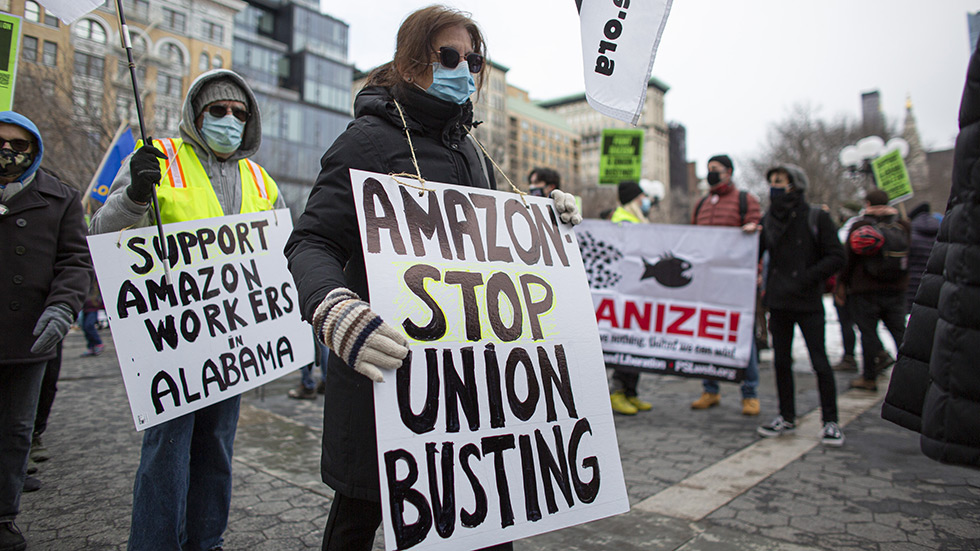 NEXT STEPS: The union has said it will file unfair labor practice charges and request that the NLRB set aside the result of the vote.

Expected challenges will focus on Amazon’s relentless anti-union messaging and the installation of a mailbox on warehouse property despite rules against onsite voting.

ANOTHER TRY: Applebaum said Friday that he believes a second election is “likely.” Emmit Ashford, a worker at the plant who voted “yes,” expressed confidence that the union would be able to pull out a win if that were the case.

“This is just the spark that has started a fire across the United States,” Ashford said. “Our time will come around again, and next time we will win.”

WHAT IS AMAZON SAYING: Amazon is already pushing back on the expected challenge to the vote, maintaining that the company did not intimidate employees.

“It’s easy to predict the union will say that Amazon won this election because we intimidated employees, but that’s not true. Our employees heard far more anti-Amazon messages from the union, policymakers, and media outlets than they heard from us. And Amazon didn’t win—our employees made the choice to vote against joining a union,” the company said in a statement.

Will Stokes, an Amazon associate who voted against unionizing, said during a press conference organized by Amazon that workers are planning to discuss changes with management but he doesn’t think the union is necessary to accomplish those goals.

THE ANTI-UNION VIEW: “We just feel like we can do it without the union. Why pay the union to do what we can do ourselves,” he said.

The Amazon associates at the press conference also pushed back on criticism over Amazon adding the on-site mailbox during the election period.

“We feel like the mailbox was more of a convenience than anything. To my knowledge, and talking with other employees, no manager or anyone in senior management has tried to influence our vote. Our votes were our vote,” Stokes said.

J.C. Thompson, another associate speaking at the conference, said there were already conversations about installing the mailbox when the building first opened.

WASHINGTON’S VIEW: Several high-profile progressive Democrats (and Sen. Marco Rubio [R-Fla.]) had come out in support of the unionization effort.

“The willingness of Amazon workers in Bessemer to take on the wealthiest man in the world and a powerful company in an anti-union state is an inspiration,” tweeted Sen. Bernie Sanders (I-Vt.), who visited the facility last month. “It takes an enormous amount of courage to stand up and fight back, and they should be applauded.”

The willingness of Amazon workers in Bessemer to take on the wealthiest man in the world and a powerful company in an anti-union state is an inspiration. It takes an enormous amount of courage to stand up and fight back, and they should be applauded. https://t.co/vWHyEjnz8P

NOW WHAT? Amazon’s success in beating back the unionization effort will likely only serve to heighten the scrutiny the company faces from Congress – both over its workplace policies and alleged monopoly power.

Expect the PRO Act, a piece of legislation passed by the House last month aimed at protecting workers seeking to unionize, to gain more attention in the light of allegations about Amazon’s response to the union vote.

AFL-CIO President Richard Trumka said that the result showed why the PRO Act is needed.

“Working people should not have to walk the gauntlet to form a union,” he said at the RWDSU event. “The Senate needs to step up and level the playing field, because it’s past time to return power to workers.”

Passing the #PROAct is not a spectator sport. All of us must act—and act today by driving calls into the Senate. From Alabama to Alaska, we are going to make our case for an economic and political system that works for working people.

Read our story on the vote here. 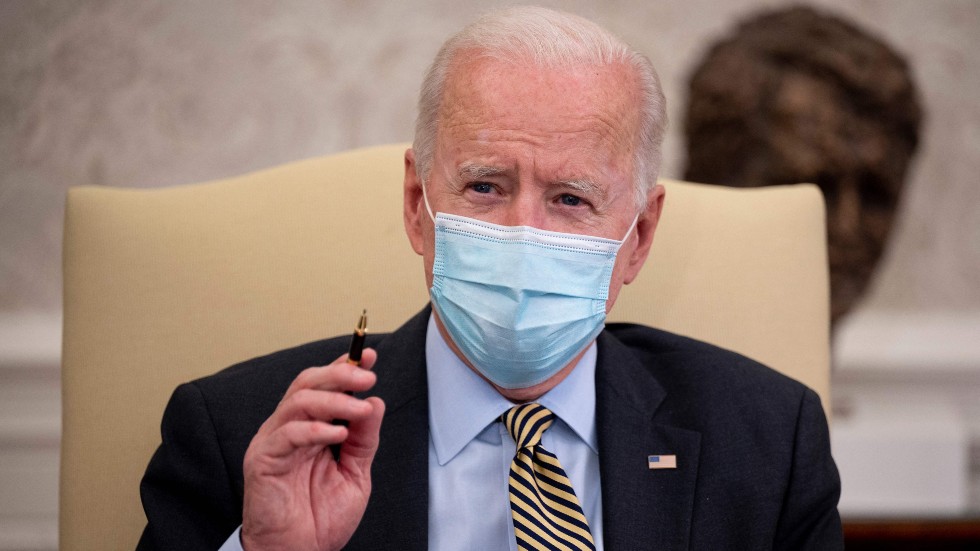 SHOW CONGRESS THE MONEY: President Biden called for over $1.3 billion in cybersecurity funds as part of his proposed budget request sent to Congress on Friday, along with major investments in emerging technologies such as quantum computing and artificial intelligence.

The budget proposal was submitted in the wake of two of the largest cyber espionage attacks in U.S. history, including what has become known as the SolarWinds hack, which likely involved Russian hackers and compromised at least nine federal agencies and 100 private-sector groups.

In an effort to combat these rising threats, Biden requested a budget increase of $110 million for the Cybersecurity and Infrastructure Security Agency (CISA), along with $20 million to establish a “cyber response and recovery fund” at the Department of Homeland Security.

“This funding would allow CISA to enhance its cybersecurity tools, hire highly qualified experts, and obtain support services to protect and defend Federal information technology systems,” reads Biden’s budget proposal, as submitted Friday to Congress by the Office of Management and Budget.

GOOGLE EMPLOYEES PETITION COMPANY: Google workers launched a petition Friday calling for the company to bar employees who have harassment claims against them from managing others.

“No harasser should manage or lead a team — whether directly or indirectly — including dotted line reports or managing temps, vendors, or contractors,” the petition states.

The document, signed by more than 500 employees as of Friday afternoon, also calls for Google to force any employees with verified claims of harassment to change teams so that workers are not forced to work with their alleged harassers.

Read more about the petition.

An op-ed to chew on: The information superhighway must be affordable and accessible for all

Online scammers have a new offer for you: vaccine cards (The New York Times / Sheera Frenkel)